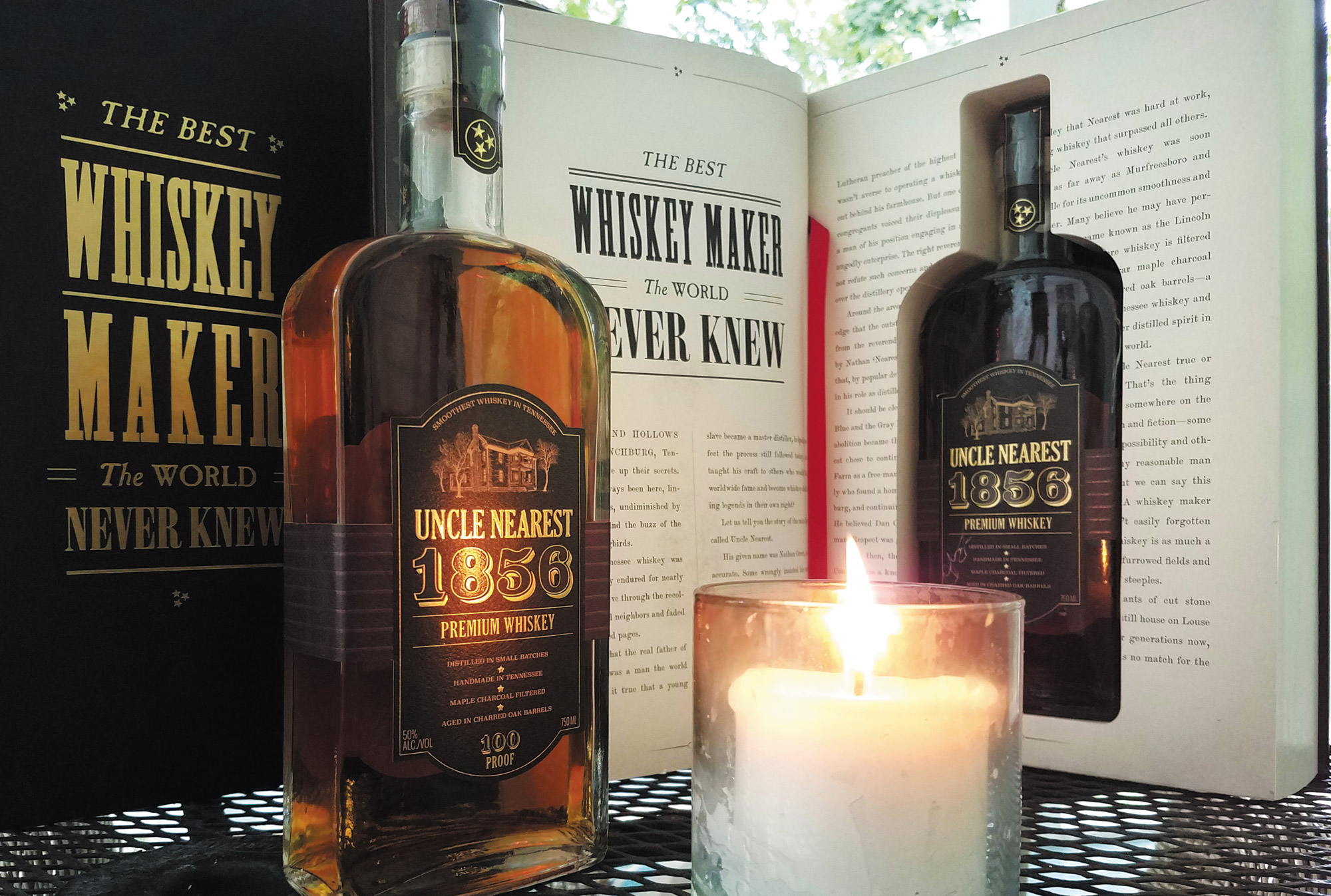 Tennessee was among the original slave states, a horror dating back to 1619 when the Dutch introduced the first captured Africans to the British colony of Jamestown, Virginia, to harvest lucrative tobacco crops.

Many early distillers benefited from slave labor – we are not talking of simply rolling barrels and gathering botanicals. Shunned by historians, many African slaves were skilled distillers.

America’s first president George Washington, a prolific whiskey baron, engaged six slaves at his Mount Vernon Distillery, producing 11,000 gallons in 1799 making it the largest distillery in America at the time.

Renowned “Father of Bourbon,” Elijah Craig owned 32 slaves as noted in period tax records. Further investigation confirms many of Kentucky’s big named distillers utilized and built their brands with the help of slaves highly skilled and hard working – the “forgotten backbone” of the American whiskey trade.

In Eighteen-Twenty-Nine
Way back in the hills,
Moore County was busy
Turning out stills
To a pioneer family
Jack Daniel was born
From the very beginning
He knew his corn.

SECRETS UNCOVERED
New York Times best-selling author Fawn Weaver, 41, an African-American investor and acclaimed writer, on vacation with her husband, Keith, in Singapore, spotted an intriguing newspaper article revealing how a Tennessee slave, Nearest Green (incorrectly spelled “Nearis Green” in the article), taught young Jack Daniel how to make Tennessee’s best whiskey even back then, when hundreds of farm-owned stills made “local products.”

Intrigued by the breaking news story, I headed for Lynchburg, home of the 151-year-old Jack Daniel Distillery, arriving five hours, 454 miles later, to find Fawn, despite inundated with calls from newsmen, radio stations like NPR and TV talk shows seeking interviews, has cleared a day to show Whisky Magazine‘s correspondent around town. Hell, how can one learn of Jack Daniel’s boyhood, find the untold story of African American mentor, Nearest Green, without being here!

With amusement Fawn confides, “Convincing my husband to travel with me to a town whose name begins with ‘Lynch’ to celebrate my 40th birthday, us both being African-American, was no easy task. ‘I am not interested in going to a place called LYNCH burg!’ he exclaimed.”

“As you can imagine doing research on a former slave was a bit unnerving, because so many records have been lost over time. Few records were kept on slaves so at times it was incredibly frustrating. But in the end, we found all we needed to ensure Nearest
Green’s name will forever remain in the history books.

“We pulled records and artefacts from six states. I met with family members across the country, about 100 of them, and slowly pieced together the story of his life and that of his descendants.

“Here’s what we now know for sure. Nathan ‘Nearest’ Green is the first African-American master distiller on record in the United States, and the first master distiller for Jack Daniel Distillery, remaining in that capacity until at least mid-1881.

“Nearest Green was not Jack Daniel’s slave. Jack Daniel had no slaves. By all accounts Jack held Nearest and his family in high regard. Immediately following the Civil War, Nearest was the wealthiest African-American in the Lynchburg area, his personal wealth exceeded many whites and extended to his children and grandchildren, who owned a significant amount of land here.”

We drive to Lynchburg Cemetery which boasts Jack Daniel’s grave; someone’s placed a miniature Old #7 among a scattering of coins, a whiskey glass perched atop his tombstone stands, empty, in salute.

Two iron chairs flank Jack’s imposing headstone where we sit a spell, talking of long vanished folks, congenial history of race relations in Lynchburg before exploring the “colored” graveyard nearby, where, unmarked by as much as a rock, Nearest Green’s body has turned to dust.

Exploring the old Dan Call farm we climb a steep hill which, in the mid-to-late 1800s, boasted Call’s Distillery. “Here’s where young Jack first meets Nearest Green, in charge
of the still operation.

Uncle Nearest 1856 Premium Whiskey – not produced by Jack Daniel Distillery
“As this is a new brand, and it will be a while before our own whiskey ages, we are working with two Tennessee distilleries,” Keith Miles, spokesperson for Uncle Nearest Whiskey, tells me. “Both make whiskey using local ingredients and mellowed using the Lincoln County Process, a unique filtering that sees the whiskey flow slowly yet intentionally through sugar maple charcoal. Nearest Green is thought to have helped perfect this process named after the county in which Nearest lived and made whiskey.”
“Uncle Nearest 1856 tastes different from every other product on the market, even in a side-by-side comparison with where our product is sourced. That is due, in
part, to a final filtration step that our head of whiskey operations, a 31-year veteran in the Tennessee Whiskey business, was adamant we include. This final step ensures a smoothness superior to the majority of 100-proof whiskeys on the market.”
Back home, I’m conducting a blind tasting, UN 1856 against mass-produced 100-Proof American whiskeys. “Best flavour, unique aroma, smooth finish, yes, I will have another!” colleagues exclaimed. Uncle Nearest 1856 winning hands down.
Fred Minnick, author of Bourbon; The Rise, Fall & Rebirth of An American Whiskey writes, “In my research, when I come across an enslaved person’s record or wanted poster, I pause and give them a moment of silence for the life they didn’t have and pray they found peace in the next life. If we can give them credit for creating a recipe, even if it’s only whiskey, then they can have a legacy beyond the shackles that tied them down.”
In my opinion, Uncle Nearest 1856 assures “Uncle Nearest” Green will never be forgotten…