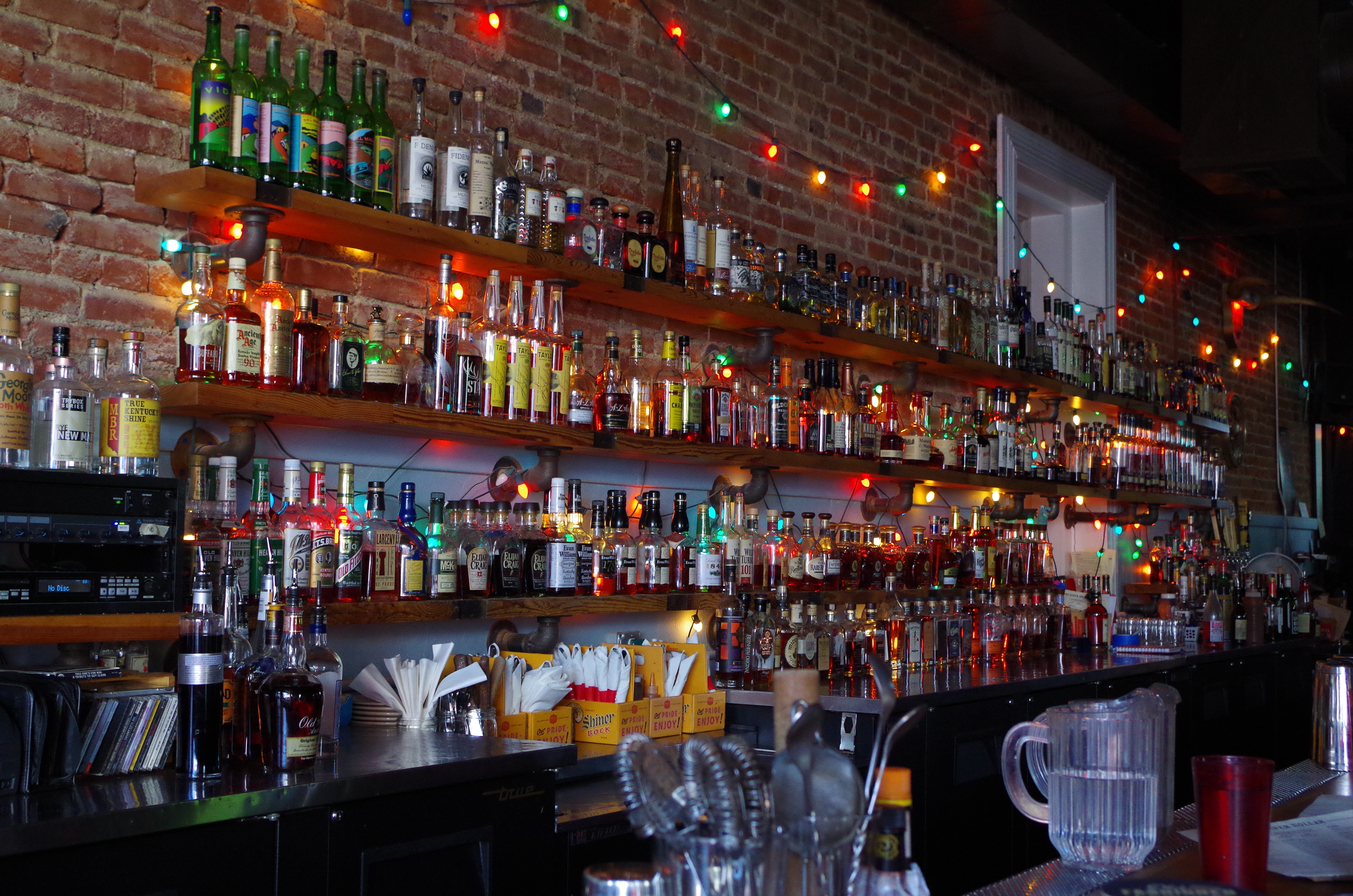 From the moment you walk into this former fire station you’ll feel right at home. Honky tonk music plays from a record player behind the bar and vinyl LPs line the window sill. Some days the bartender is in a Hank Williams mood and others a Dolly Parton mood. You never know what you’re going to get.

The menu is superb – everything from vegan chili and house-made sweet potato fries to chicken and waffles to beer can chicken. It’s hard to leave The Silver Dollar and not be stuffed to the gills.

When you sit at the bar you’re going to have the opportunity to talk to people who are serious about Bourbon – both bartenders and patrons. The Bourbon menu alone boasts more than 200 offerings, separated by distillery. There are also pages of beers, hard ciders, tequilas, mezcals and more. This is hands-down the best place in Louisville to get a Mint Julep, and the other cocktails such as the Kentucky Mule feature house-made ingredients that are made to order.

Upstairs is a private dining room where often you will find special Bourbon events, including Historic Flights, Bourbon Country Institute and more. An event at The Silver Dollar earlier this year featured Van Winkle whiskeys as well as members of the Van Winkle family in an intimate setting.

When the Louisville hotspot first opened in 2011 it was to fill a need for Bourbon bars in Louisville. It’s hard to imagine, but before the Bourbon boom really took off the closest you could get to Bourbon at many places was Jack Daniel’s. Bourbons Bistro and a now-defunct bar in The Galt House Hotel were the only two real dedicated Bourbon bars in town. The Silver Dollar rose from a nice idea in the ‘Center of the Bourbon Universe’ to a powerhouse of Bourbon culture.

The staff at The Silver Dollar are well trained and highly knowledgeable in the area of Bourbon. If your server doesn’t know the answer to a question, you can rest assured someone on staff does. These are service professionals who take their place in Louisville’s Bourbon culture very seriously.

In January of 2018 the Commonwealth of Kentucky enacted a Vintage Spirits Law that allows for the sale of vintage spirits by anyone with a liquor license. Already The Silver Dollar has sold through at least two bottles of vintage spirits by the drink, and while they don’t plan to have more than two open for sale at a time this is a great spot to try something you can’t get anywhere else.

This stop on Louisville’s Urban Bourbon Trail draws in tourists from all over the world, though it’s arguably most popular with the locals. There is no better place to rest from a day on The Kentucky Bourbon Trail than with a flight and a bite from The Silver Dollar.