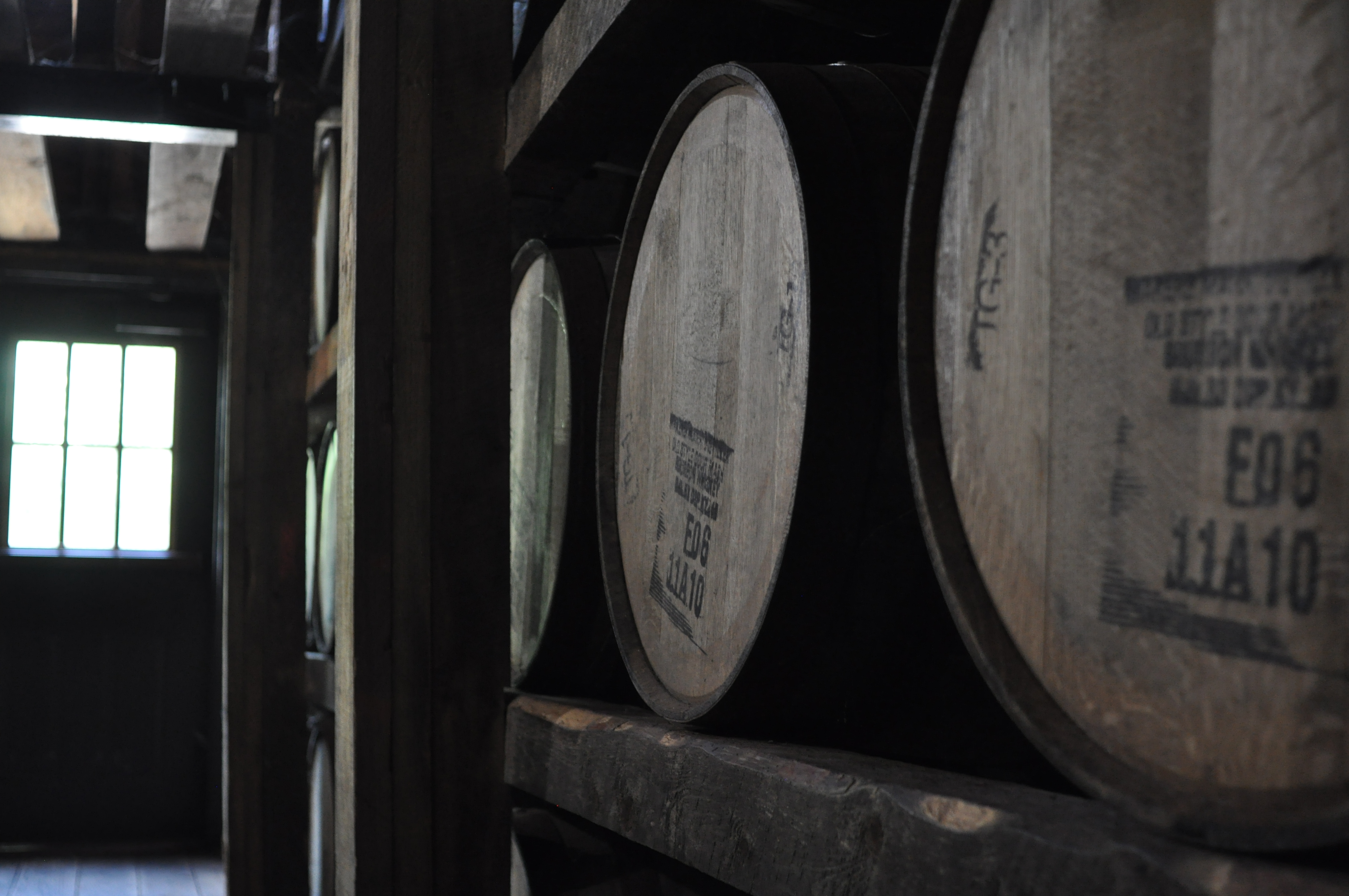 We delve into whiskey’s past

Before we dive headlong in to the wonderful and occasionally geeky world of fermentation, distillation and maturation it would be good to have a delve into the origin story of American whiskey, and a brief overview of the making process…

Like the Scotch and Irish origin stories, how American whiskey came into existence is pretty much guess work, but founded on relatively good grounds.

Distilling probably was brought to present-day America in the late 18th century by Scots, Scots-Irish, and other settlers (including English, Irish, Welsh, German and French) who began to settle and farm, then fan out across the country in earnest.

The origin of Bourbon, probably what everyone thinks when you say American whiskey, as a distinct form of whiskey is not well documented. There are many conflicting legends and claims, some more credible than others.

For example a walk through Louisville in Kentucky reveals a board that proclaims the invention of Bourbon as attributed to Elijah Craig, a Baptist minister and distiller. Across the county line in Bourbon County, an early distiller named Jacob Spears is credited with being the first to label his product as Bourbon whiskey. Louisville historian Michael Veach proposes that the whiskey was named after Bourbon Street in New Orleans, a major port where shipments of Kentucky whiskey sold well as a cheaper alternative to French cognac.

In reality it is more than likely that there was no single ‘inventor’ of American whiskey, and the name origins of Bourbon will be debated no doubt for many years to come.

Essentially any type of grain can be used to make whiskey, and incoming farmers would have known this and used native grains, or planted what grew well on the land. Creating whiskey was a way of commoditizing surplus crop, something that had been done in Scotland and Ireland for decades. The practice of aging whiskey and charring the barrels for better flavor had also been known in Europe for centuries.

One refinement that came out of the US was the sour mash process, by which each new fermentation is conditioned with some amount of spent mash. Spent mash is also known as spent beer, distillers’ spent grain, stillage, and slop or feed mash, so named because it is used as animal feed. The acid introduced by using the sour mash controls the growth of bacteria that could taint the whiskey and creates a proper pH balance for the yeast to work, ensuring consistency between the batches.

So from history let’s have a quick look at some simple definitions, the creation process, and what makes a Bourbon a Bourbon.

To be legally sold as Bourbon, the whiskey’s mash bill requires a minimum of 51 percent corn, with the remainder being rye, wheat, malted barley, on their own or in any combination desired.

If you ask the master distiller or whiskey maker what they think are the strongest influences in the production of their whiskey, generally you will get everything from the grain, the yeast strains, the new white oak barrels and maturation.

What’s the reasoning behind such wide ranging answers. Well most American distilleries usually have the same production equipment and the same climate, especially in places like Kentucky and Tennessee. Therefore the distinguishing features, the building blocks of flavor that end up in your glass, of individual producers must be created at different levels.

In a standard whiskey making process, the grain is ground and mixed with water. Usually, though not always, some spent mash from a previous distillation is added creating a sour mash.

Finally, yeast is added and the mash is fermented. It is distilled to between 130-proof and 160 using either a traditional pot still or continuous still.

Most modern Bourbons are created using a column still that then feeds into a second distillation called a ‘doubler’ (alternatively known as a ‘thumper’ or ‘retort’) which is effectively a pot still.

The resulting clear distillate is known generally as ‘white dog’ and will be filled into newly charred (as in they set the inside of it on fire) American white oak barrels for aging.

After a period of maturation, the whiskey is drawn from the barrel, usually filtered
and diluted with water, and bottled to at least 80-proof.

Now we have our overview of the making process, in subsequent issues we will look more closely at the building blocks of flavor in whiskey.

Let’s take one step at a time and explore, getting insight from the master distillers
who create whiskey day in, day out. As a guide you can look forward to: grain selection and mash bill, water sources and process water, the grain cooker, yeast, fermentation, distillation, sour mash, filling barrels, maturation, bottling and what to do with the left overs. It’s not as scary as it sounds. If you have any questions you have always wanted answered, or want us to look at, simply drop us a line.

THE FEDERAL STANDARDS OF IDENTITY FOR DISTILLED SPIRITS STATE THAT BOURBON MADE FOR U.S. CONSUMPTION MUST BE:

•  Produced in the United States

•  Bourbon has no minimum specified duration for its aging period. The exception is    straight Bourbon, which has a minimum aging requirement of two years. In addition, any Bourbon aged less than four years must include an age statement on its label.

•  Bourbon that meets the above requirements, has been aged for a minimum of two years, and does not have added coloring, flavoring, or other spirits are required to be called straight Bourbon.

0 comments on “Back to basics”