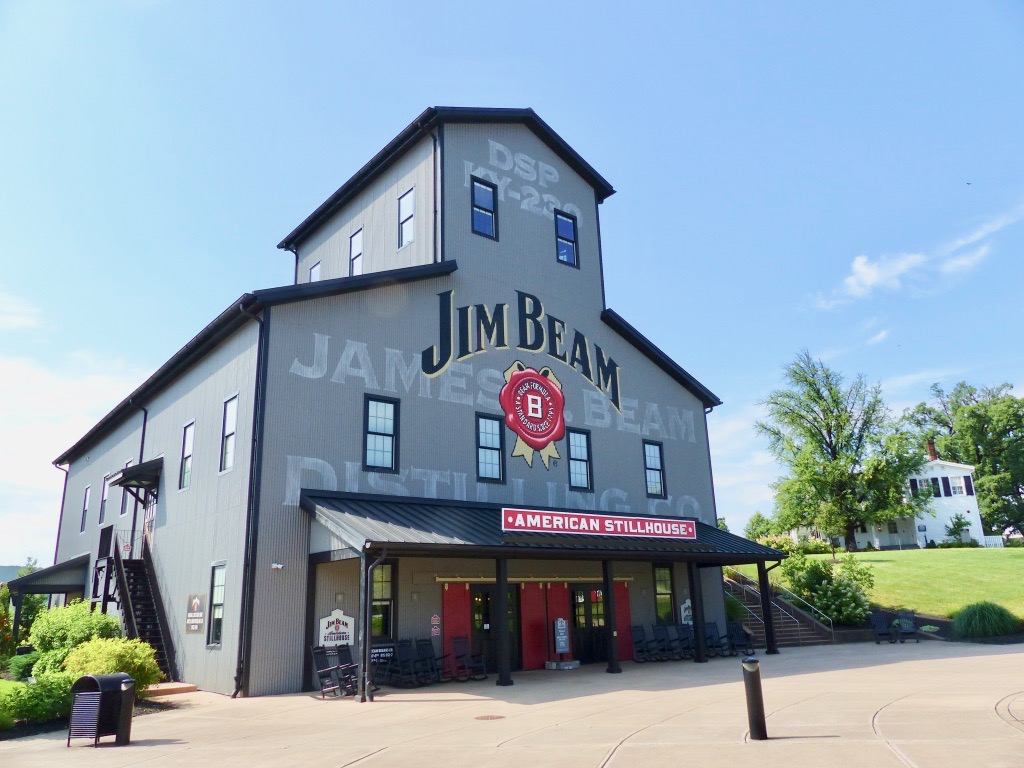 Distilleries change hands time and again. It happens all over the world

Some Scottish distilleries are still in the hands of descendants from the original founding family. Alas, that cannot be said about American distilleries. Prohibition wreaked havoc on the American whiskey industry and many distilling dynasties were destroyed. Only a handful emerged from the ‘Noble Experiment’ as the government at the time dubbed it. Today only seven or eight pre-Prohibition distilleries survive, excluding the numerous micro-distilleries and recent revivals that have become en vogue. Among them they make 100s of different Bourbons and American whiskeys. In some cases however there are still slender ties with the original families and even between both whiskey-making nations. It is generally acknowledged that the Irish invented whiskey making and the Scots are credited for marketing the drink worldwide. European immigrants took their distilling habits with them when they crossed the Atlantic. In the last quarter of the 18th century many a Scottish, German, Irish or Dutch craftsman set sail to prove his luck in the Land of Unlimited Possibilities. One of them was a German named Johannes Jacob Bohm, who started distilling whiskey around 1785. For convenience he changed his name to Beam and unknowingly became the founding father of today’s best-selling Bourbon worldwide. The first whiskey he sold was known as Old Jake Beam Sour Mash. David Beam, the founder’s 10th child, took over the Beam family distillery, the farm and the gristmill in 1820, at the age of 18. At first the distillery was named Old Tub. In 1857 Old Tub Distillery was relocated just north of Bardstown in Nelson County, Kentucky by David M. Beam, grandson of Jacob Beam. He did this to take advantage of the (then) latest in transport: railroads. Old Tub whiskey, which sold for 25 cents a gallon in prewar-1860, could sell for up to $35 a gallon in wartime. No wonder David M. Beam continued to distil whiskey as long as possible during the Civil War.

When Jacob’s great-grandson Jim Beauregard Beam took over the company he changed the name to Clear Creek Distillery. He then purchased a second distillery to increase capacity. Around 1920 he had to close them both and sell Clear Creek, thanks to Prohibition.

During those 13 long years, Jim Beam tried to run three different companies, all failures: the Sunlight Mining Company, the Sunbeam Quarries Company and a citrus grove in Florida. At the end of the Noble Experiment he said to his children and nephews ‘Boys, time for us to get back to work.’ The current Jim Beam Distillery in Clermont, Kentucky was built in 120 days in 1934. Do you think somebody was in a hurry to get re-started?

Jim Beam now began producing Colonel James B. Beam Bourbon since he had sold the brand Old Tub along with Clear Creek Distillery. By the late 1930s, the Bourbon was known as Jim Beam Kentucky Straight Bourbon Whiskey.

Jim had also developed a new culture of yeast for his freshly built distillery. He was so protective of his Bourbon’s yeast strain, every Friday night (even after he retired in 1944) he took a sealed jar of it home, strapped into the passenger seat of his Cadillac. That car was his trademark and he owned a whole string of them over his lifetime. Jim Beam’s son, T. Jeremiah Beam once failed to make a reporter understand in technical terms the importance of the family yeast strain. After a lot of explaining he looked at the uncomprehending person who interviewed him and stated, ‘Let’s just say we think it makes a better Bourbon.’ The same yeast strain is used today.

When Jim Beam lent his name to the whiskey, the sales figures literally beamed off the page. To honor this legendary whiskey baron the well-known square bottle still bears his signature, blown in the glass. The sixth generation of descendants included Booker Noe, probably one of the greatest legends in the contemporary American whiskey industry. Booker travelled the world to spread the word about Jim Beam and its small batch Bourbons. He had the habit of taking a small number of barrels from the middle of his warehouses and bottling the whiskey directly, not diluted or filtered. It was his own private stock and he called it Booker’s Bourbon. This was the rise of four small batch Bourbons produced by Jim Beam. The other ones are Baker’s, Basil Hayden and Knob Creek. When Booker died on 24 February 2004, he was soon immortalized on the distillery grounds with a bronze statue. Every day, rain or shine, Booker looks over the distillery, sitting in his favourite rocking chair while a little statuette of his loyal dog, who only survived him a couple of weeks, keeps him company.

A closer look at Beam’s portfolio of drinks reveals the presence of another Bourbon, Maker’s Mark, and several Scottish cousins, among others the famous blend Teacher’s, the single malts Ardmore, Auchentoshan and Bowmore, as well as the latter’s close neighbour, the pungent, iodine-flavoured Islay single malt Laphroaig that has a large following world-wide.

Two brothers founded Laphroaig in the first quarter of the 19th Century: Donald and Alexander Johnston. The former one being the more entrepreneurial of the two bought his brother’s shares in 1836. Donald died in 1846 after having fallen in a vat of burnt ale, a residue from the pot still. He left the distillery to his son Dugald who had to go to court with his sisters. They disputed his heritage. Dugald won, but having no heir, left Laphroaig to his sister Isabella who happened to be married to her cousin, another Alexander Johnston.

For two more generations descendants of Donald Johnston owned the distillery. The last Johnston-related owner never married, died childless in 1954 and left the distillery to his secretary Bessie Williamson. Under this remarkable woman’s leadership – she was chosen Woman of The Year in the 1950’s in the UK – the USA and Scotland met for the first time regarding the history and ownership of Laphroaig. Between 1963 and 1972 Bessie sold her shares in three chunks to Long John International, owned by Seager and Evans, ultimately owned by the American Schenley Corporation, one of the whiskey companies that rose from the ashes of Prohibition. Bessie stayed on the Board and was an excellent live marketing tool in the USA to promote Scottish whisky. She made many transatlantic travels before retiring in 1973.

This American-Scottish marriage lasted until 1975 when UK brewer Whitbread acquired Long John and with it Laphroaig. The Islay whisky didn’t really prosper in their hands and they eventually decided to focus on their primary market and expertise: beer. Laphroaig was sold and changed hands again in 1989, becoming part of Allied Lyons, renamed Allied Domecq in 1994 after the merger with the Spanish drinks company. That merger coincided with the appointment of a new manager who would become a legend in his own right: Iain Henderson, aka Mr Laphroaig. Henderson retired in 2002, thus not witnessing a renewed marriage between Scotland and the USA. In 2006 Allied Domecq sold Laphroaig to Fortune Brands who added the single malt to its drinks portfolio.

Finally, in 2014 the Japanese drinks company Suntory took over Fortune Brands’ drinks portfolio and has consolidated all its drinks companies under the name Beam Suntory. At the helm of Jim Beam stands Booker’s son Fred Noe, the seventh generation direct descendant of Jacob Bohm. With Jim Beam being the best selling Bourbon worldwide, you wouldn’t easily miss it behind any bar from Alaska to Zimbabwe.

In the first year of maturation there will be a 10 percent loss, two to three years a 12-15 percent loss and at nine years up to 50 percent.

To track barrels, Beam is moving into using radio-frequency identification, known as RFID. This uses electromagnetic fields to identify and track tags attached to objects.

The black mold outside the warehouses on walls and trees is called ‘tattletale mold’ because it revealed hidden moonshiners.

When Heaven Hill’s Bardstown distillery was destroyed by fire in 1996, Beam loaned its stills until it could get up and running again.