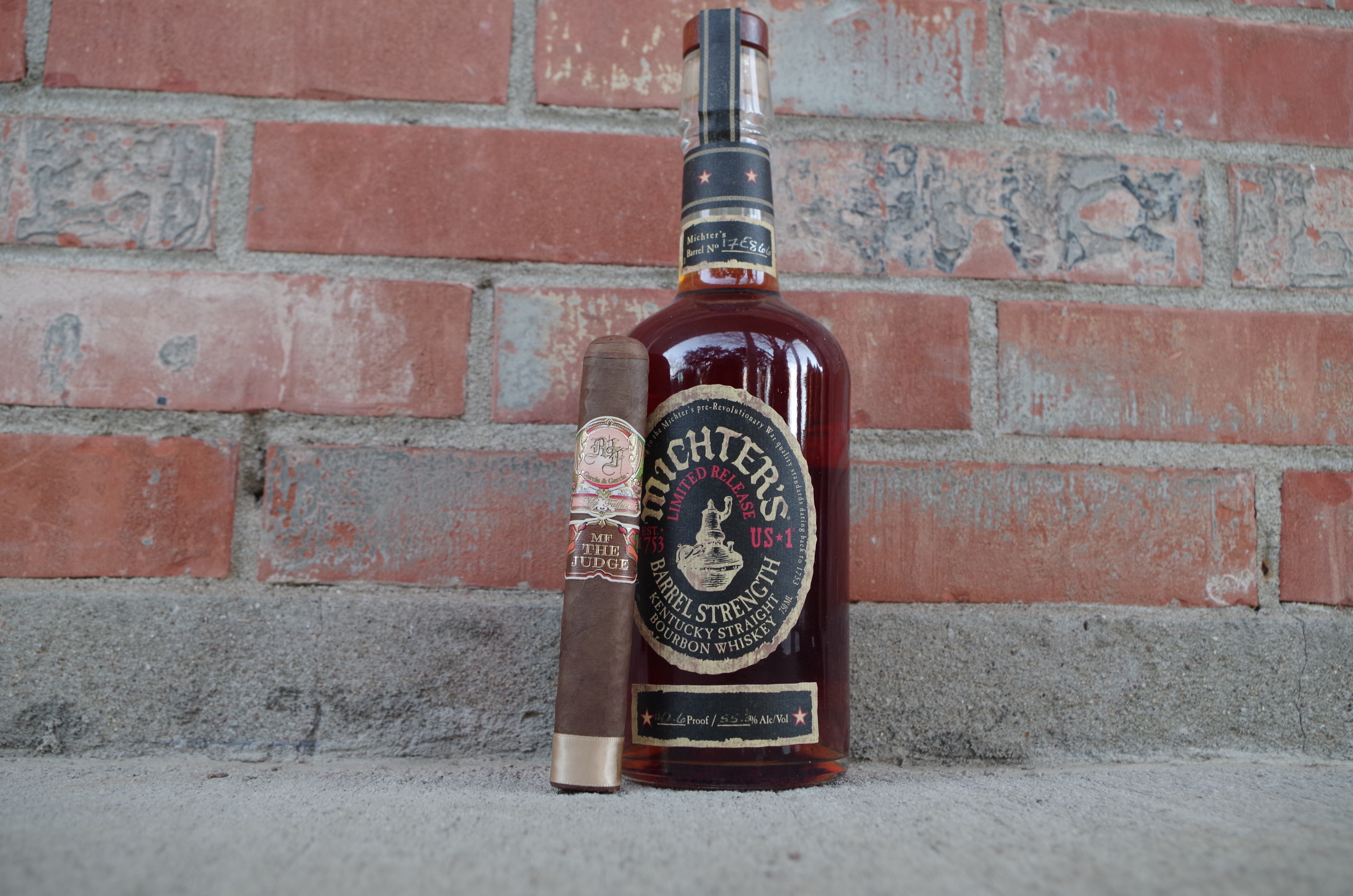 The joy of a well-seasoned humidor

I’ve talked to more than a few people over the years who have bought a humidor online and just stuck their cigars in, oblivious to the fact you’re supposed to season it first. Your cigars want to live at the humidity where they were made, and if they don’t they will crack and go stale. The best way to prevent this is to keep them in a properly humidified wooden box designed to hold a tight seal. This is one of the many reasons it’s important to develop a relationship with your local tobacconist, that person is knowledgeable not only about which humidors work the best, but also about seasoning methods to keep your cigars in good shape.

When you select a humidor you’ll want one with a tightly fitting lid. Traditionally humidors are made out of wood, and while you can get a humidor made out of acrylic that won’t need to be seasoned as attentively you will come to enjoy the labor of love that is dealing with a wooden humidor.

Seasoning should be done before using the humidor and again as needed, usually at least once a year. As the wood fibers in your humidor dry out they pull in moisture from wherever they can get it, which can be your cigars if you’re not cautious.

It’s easier to season a humidor when you first purchase it because there’s nothing in it. Ideally you want to be around 68 percent to 70 percent humidity, measured by an accurately calibrated hygrometer. When it becomes difficult to maintain this, place all of your cigars into a well-sealed plastic container with your two-way humidification packs.

To season or re-season a humidor there are several different methods. You could use the Boveda seasoning packets at 84 percent humidity and just leave them in there for the recommended 14 days. The more common method involves a brand new sponge and distilled water.

Start by removing any debris from your humidor, including dust and packaging materials. Moisten a brand new, unused sponge with no detergents or cleaning ingredients impregnated in it with distilled water. Gently wipe down every surface including the wood that makes the lid seal. Allow it to air dry completely with the lid open, overnight if necessary. Then repeat the last step, leaving the moist sponge inside the closed humidor overnight. Some people will place a bowl or cup of water in the humidor instead of the sponge. The main point is to allow the wood grains to become fully humidified without growing moldy, whatever the method.

Once you have completed these steps your humidor should be ready for use. Test the humidity level to ensure it is within acceptable parameters and then begin placing your cigars inside. Don’t overfill your humidor, you should have a little space for the humidity to circulate.

Choose your method of humidification. There are lots of options, from Xikar crystals that use a propylene glycol solution to Boveda packs that can be recharged with distilled water. Most options employ two-way humidity technology to prevent mold, and there are options that have a higher humidity output for dry winter months.

A properly maintained humidor is a crucial step toward the full enjoyment of premium cigars.

In Washington, DC W. Curtis Draper is the oldest tobacconist in the area, serving customers since 1887. This company has a major footprint in the area cigar scene, supplying premium cigars to local bars and restaurants as well as branching out to satellite businesses like Civil Cigar Lounge. At Civil the focus is on Bourbon and cigars, though a wide variety of other spirits is available. The crew has traveled to Kentucky many times to choose private barrels including a Maker’s Mark Private Select and a Weller Antique 107 among several others. Patrons can dine at tables in a private dining room, enjoy cocktails and small plates in cozy club chair seating, and rent lockers to keep their private collections of cigars safe. The wine, spirits, and cocktail list is a literal book broken up into categories such as Bourbon, whiskey, Irish whiskey, single malt and rye. You can order a cigar from the five page cigar list and have it brought to your tableside. Everything is in alphabetical order for ease of finding that which is familiar to you. Food includes everything from house-made bread and a charcuterie board to a raw bar to steaks. Civil Cigar Lounge takes reservations online or by the phone.

MY FATHER THE JUDGE AND MICHTER’S US1 BARREL STRENGTH BOURBON

Like many cigar makers, My Father Cigars traces its roots back to Cuba, though today the factory is located in cigar capital Esteli, Nicaragua. Wrapped in a dark Ecuadorian Sumatra Oscuro wrapper with Nicaraguan binder and filler tobacco, this cigar is a surprising chocolate bomb. It still has a hint of the spiciness that Nicaraguan-made cigars are known for, but the sweetness demands to be balanced out with just the right Bourbon – many other Bourbons did not pair well with this cigar. The Michter’s US1 Barrel Strength Bourbon delivers the perfect complimentary flavors to pair with this extremely chocolatey cigar. The smoke brings out rich stone fruit like a ripe dark cherry in the Bourbon, while the Bourbon brings out cocoa, cedar, and a little leather in the smoke. This 6×56 box pressed toro retails at $12.10.

The Añejo series was born out of necessity in the aftermath of a hurricane. Hurricane George decimated wrapper supplies in the Caribbean, and two years later when it was time to make the Opus X there was not enough aged wrapper to do so. Carlos Fuente, Jr. opted for a Connecticut wrapper instead, and the rest is history. This cigar is only available for Father’s Day and Christmas every year, though its rarity does not necessarily demand a rare Bourbon to match. Jim Beam Black Label was the surprise winner in the lineup with this cigar. The smoke brought out apple cider notes in the Bourbon, while the Bourbon brought out milk chocolate in the smoke. Overall this combination was sweet and spicy like apple pie with a brown sugar topping. This box pressed 5 ⅞ x 50/64 retails for $18.

When the Liga Undercrown Shade series was released in 2015, it was the first Drew Estate offering to be blended by master blender Willy Herrera outside his signature Herrera Esteli line. Drew Estate cigars have a cult following, as evidenced by the popularity of the company’s live events all over the world, from Cigar Safari in Nicaragua to the Kentucky Barn Smoker and other Barn Smoker series. The Liga Undercrown line has a wide variety of offerings for all cigar lover. The wrapper is Connecticut shade grown, the binder is Sumatran, and the fillers are Dominican Criollo, Nicaraguan Criollo, and Nicaraguan Corojo. The aroma is reminiscent of a tobacco barn. The smoke makes the Bourbon taste like a creamsicle while the Bourbon brings out fruit and chocolate in the smoke. This 6×52 Gran Toro retails for $8.25.

Steve Saka, master blender of Dunbarton Tobacco and Trust, likes to give his cigars meaningful names. This one is named after his favorite fishing hole on the border between Maine and New Hampshire – Umbagog Lake. Umbagog is an Abenaki tribal word meaning “shallow water,” though Saka insists on pronouncing it “Um-BA-gog” instead of the correct “um-BAY-gog.” The wrapper is a Connecticut broadleaf and the binder and filler are both Nicaraguan. Upon lighting there are notes of cocoa and faint mineral, and the spice starts to build after a while. When paired with the Bourbon this cigar mellows the existing spice in the Bourbon and brings out green apple and spring flowers. The Bourbon brought out lovely milk chocolate notes in the smoke. This 6 x 48 Corona Gorda retails for $7.75.

This is the kind of establishment that feels refreshingly out of place in ritzy Beverly Hills. Just a block away is Rodeo Drive, where the stores look more like museums and tourists photograph every Bugatti that drives by, hoping to catch a glimpse of some celebrity. Rumor has it that this is the spot, or close to, where cigar lover George Hamilton used to operate Hamilton’s Cigar Lounge, and possibly there was a house brand of Dominican cigars, though the details have gotten murky over the years. These days owner Rigo Hernandez oversees the day to day operations of Buena Vista Cigar Club, and when asked whether there are any cigars or areas of the lounge that are off limits his response is, “Everything is for everybody.” It’s a refreshingly open attitude in an area where most places won’t let you past the door unless you were in the most recent Oscar winner. The whiskey selection behind the counter is small but solid, and there are enough well-worn club chairs to keep you comfortable for hours as you chat with people who ebb and flow from the space, a mix of locals and tourists says Hernandez. Be forewarned, the hours are wrong on Google, so you would be wise to call ahead.

0 comments on “Your Cigar’s Best Friend”