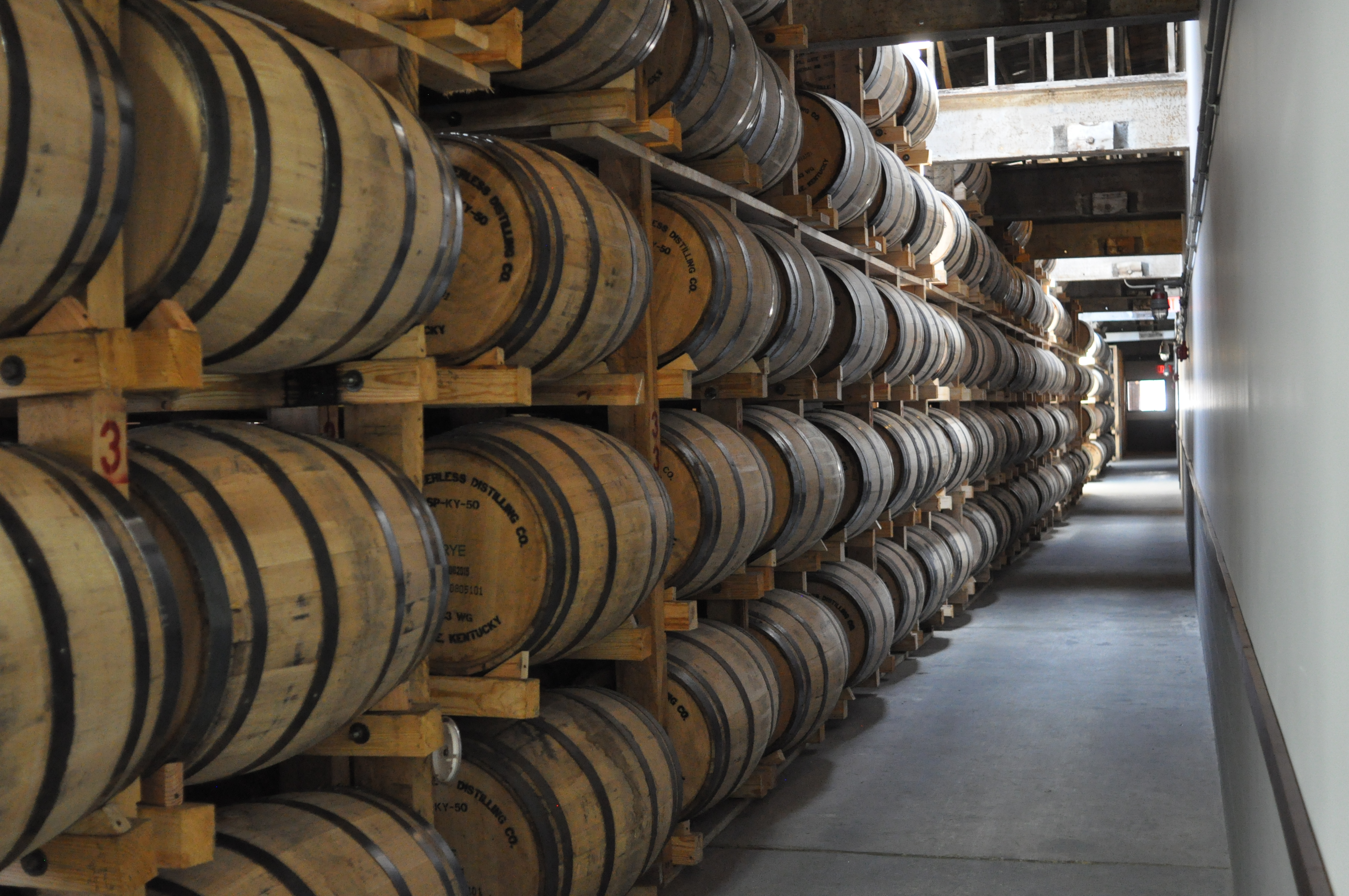 Is this artisan trend reaching a threshold of greatness?

I call it the craft ‘movement’ because once thought of as a sleepy little hobby, over the past decade, has become big business and an economic boom across the United States. Just as the folklore of Kentucky claims many authors of the first Bourbon, so does the craft movement. It can date back to the 1980’s when several distilleries in the west began producing distilled spirits. Fast forward to 2003, when the American Distilling Institute (ADI) began and held their first conference, there were 80 craft distilleries across the country. Today, the Alcohol and Tobacco Tax and Trade Bureau (TTB) has well over 2,000 DSP’s listed and represented in all 50 states. The hot bed of the craft movement’s geographic concentration appears to flow through Oregon, Washington, New York, Colorado, Michigan, Texas, Kentucky and California. So, what truly defines a ‘craft’ distiller compared to the big-name brands making ‘handcrafted whiskey’? Seems to be the same debate as when the term ‘small batch’ was deemed new spirit vocabulary that had vague definition. Maybe we should just let the consumer decide what it means?

Colin Blake, director of spirits education at Moonshine University in Louisville, Kentucky, has trained new distillers with his team at the Distilled Spirits Epicenter for the last five years. He feels, “The term ‘craft’ can be distracting to the consumer at times, and we in the industry seem to care more about vocabulary than the consumer.” Andrew Faulkner, VP of the American Distilling Institute (ADI) and Managing Editor of Distiller’s Magazine, defines craft distillers in two distinct ways. First, small size production which equates to roughly under 100,000 proof gallons per year. Second, that the distillery is owner-operated and has total control over the facility. He goes on to add, that, “Craft truly is in the consumer mind-set, and we just need to distill (no pun intended) our message of craft to the consumer to make it more manageable.” Another example of determining a craft distiller is The Kentucky Distiller’s Association (KDA) which has 25 craft distillery members out of the 52 operating distilleries in the state. The association developed tiers of entry for the craft distiller’s based on barrel production.

Putting metrics on the craft definition is a functional and definable method for the industry, but does the consumer care more about the story and taste, rather than the statistics? For example, who’s making the whiskey? What’s their story? The rock star ‘master distiller’ title is certainly coveted in our industry. However, there is an emergence of engineers, chemists, family members and entrepreneurs gaining attention. Each may have succeeded in previous businesses and have now taken the helm of distilling, regardless of the formal, ‘pay your dues’ experience traditionally associated with the title of “master”.

The combination of artist and businessman seem to be the winning competencies of a craft distiller. “In the early days dating back to 2003”, says Andrew Faulkner, “If you build it they will come was ok to think; however, with the tremendous growth, competition, and larger investments being made, the artist and businessman approach is most certainly an asset.”

According to Colin Blake, he agreed that many businessmen successful in a previous profession are now building their legacy projects through craft distilleries. Likewise, breweries are jumping into expansion of their facilities, like Three Floyds, by adding stills. After all, beer is just one step away from being wonderful spirits. The stakes seem higher with investment and Blake notes, “Larger capital investments are being made in infrastructure. Business savvy is key to managing all the diverse intricacies of the company.” Yet, an underlying foundation to all these descriptors is a huge passion for
a dream.

Clearly, there is so much more to a craft distillery than making whiskey. The whiskey making can be the easy part. I teach a class to new distillers about the creation of retail and tasting rooms. What becomes an epiphany for some distillers in my class, is that once you commit to owning a brand destination for consumers, you are not just in the spirits business, but sales, retail, hospitality, marketing, distribution, purchasing, regulation, packaging, and the list goes on.

The KDA educates craft members in some of the most challenging areas, such as technical best practices, tourism standards, TTB changes, distribution channels and legislation. All of which can be daunting tasks for craft producers. Any aid to creating new revenue sources is a boost for the craft pocket book. Bills such as Kentucky Senate Bill 11 that was successfully passed, allows craft distillers to sell cocktails at their brand destination.  Shipping and ‘spirit clubs’ are the next frontier for distilleries to earn valuable income at all levels.

Why are craft distiller’s still wanting to do what they do? I guess we should ask why some choose to climb Mount Everest or train for the Olympics…it’s all in the vision and dream of a unique entrepreneurial spirit. Oh, and by the way, it can pay off in tremendous financial rewards and prestige. The reward may outweigh the risk. In the last few years or so, some of these small, humble, craft brands have caught the attention of major spirit companies for purchase, acquisition and partial stake arrangements. A couple that immediately come to mind are the purchase of High West by Constellation Brands and the Angel’s Envy purchase by Bacardi.

(Acquisition information supplied by the ADI)

I distinctly remember a time, say 10 years ago, that conversations with larger producers surrounding the subject of craft distillers was an afterthought. They never seemed concerned about craft distillers eating in to the share of classic, well-established million(s) case brands.

Now these small craft products are appearing on menus. Bars and retailers dedicate space for local craft brands right smack bang near the large producers. The consumer has certainly noticed.

“At the end of the day as much as Bourbon is steeped in our heritage, it is still a business. Portfolio additions are natural and production facilities can fast track by acquiring other facilities instead of starting from scratch;” says Gregory.

Yes, the consumer may find these craft spirits to be a bit pricier, but that may even out down the road as efficiencies in production and volumes grow. Sometimes they are well worth the price, given the true craftsmanship and innovation behind the brand. There can be a regionality as well as personality in the quality of the product, as well.

The terroir of locally sourced grains, not to mention new heirloom grains being sourced and resurrected such as bloody butcher corn also have an impact.

“We will also see hybrids of grains in the future.” says Faulkner. “As distilleries are working with local farmers and university agriculture departments to achieve a differentiation.” Barrel wood notes from different geographic areas and water sources will undoubtedly add to the diverse flavor profiles, as well.

The beauty of craft distilling is that it is a small operation keep a watchful eye and at times, can keep manipulate and pivot faster than a large production facility. Smaller innovation trial and errors are part of the art and science of making spirits, and the craft folks are certainly creative. To the victor go the spoils…and the consumer. One can become extremely impassioned to find a fearless craftsman and the story behind his ‘baby.’

Category trends are clear and climbing. Once moonshine dominated the craft market, largely due to the spirit being easy to produce and bottle ‘right off the still’, without the expense of maturation. It also created a quick source of income for owners. Consumers, be ready for a new day and new offerings, as whiskeys, rum, gin and even brandy are becoming the stars of the show in craft world. The ADI noted from their spirit competition in January 2018, that the majority of whiskey up to now was aged less than five years.”

Now the fruits of their labor will pay off with patience of time in the barrel in the next few years, bringing subtle nuances and character to the product.

Another trend over the next few years is the growth of malt whiskey and flavored malts, like chocolate. Even herbal liqueurs and specialty categories will be created, as the boundaries are limitless to new inventions. Because of their agility to innovate, the craft shelves in retail stores and bars will bring a bit more complication to keeping up with the new releases, much like the wine industry choices of varietals we see today. Maturation innovation will also come into play, such as MB Rowland’s Dark Fire Whiskey aged in Kentucky tobacco barns.

WILL THEY GROW BY GAINING SUPPORT IN THEIR BACKYARD?

How each of the 50 states handles enticing craft business to open, and outlining regulation and procedures is daunting and confusing. What we do like seeing is how some states such as Oregon, have created a handy online list of all the tasks to tackle for a new craft business. New York even incentivizes distillers for buying supplies and materials such as glass, locally. Other support being given to craft distillers is through the Distilled Spirits Council (DISCUS) that represents 70 percent of all distilled spirits sold in the country.

Likewise, KDA consider themselves the “big brother” or mentor to craft distillers. Gregory points out the fact, “We can trace back to the large producers starting as true craft distillers and look where they are now.” Consumer awareness of truth in labeling and packaging is not only important for craft distiller’s to be clear, but it is revered in Kentucky. When it says distilled and aged in Kentucky, then it is, thanks to new legislation that passed last year.

So, who’s still excited about craft? Seems like everyone, but the verdict is in the consumers’ hands and pocket books. Following the craft distillery movement is both soft adventure and intrigue, as we await the next decade of expressions. Some will come and many will go. Some experts believe that craft distillers will grow on their own, by becoming more locavore businesses, and not trying to distribute all over the world, avoiding competing with the huge marketing budgets of large corporations. What were once pioneers, craft distillers are coming into their own and on the threshold of greatness, as products are maturing, efficiencies are defined and a little help with the mechanics of the industry from the large producers serving as mentors. What will be our favorites? Who will we follow? Maybe we should just let the consumer decide.

0 comments on “Keeping up with the Movement”