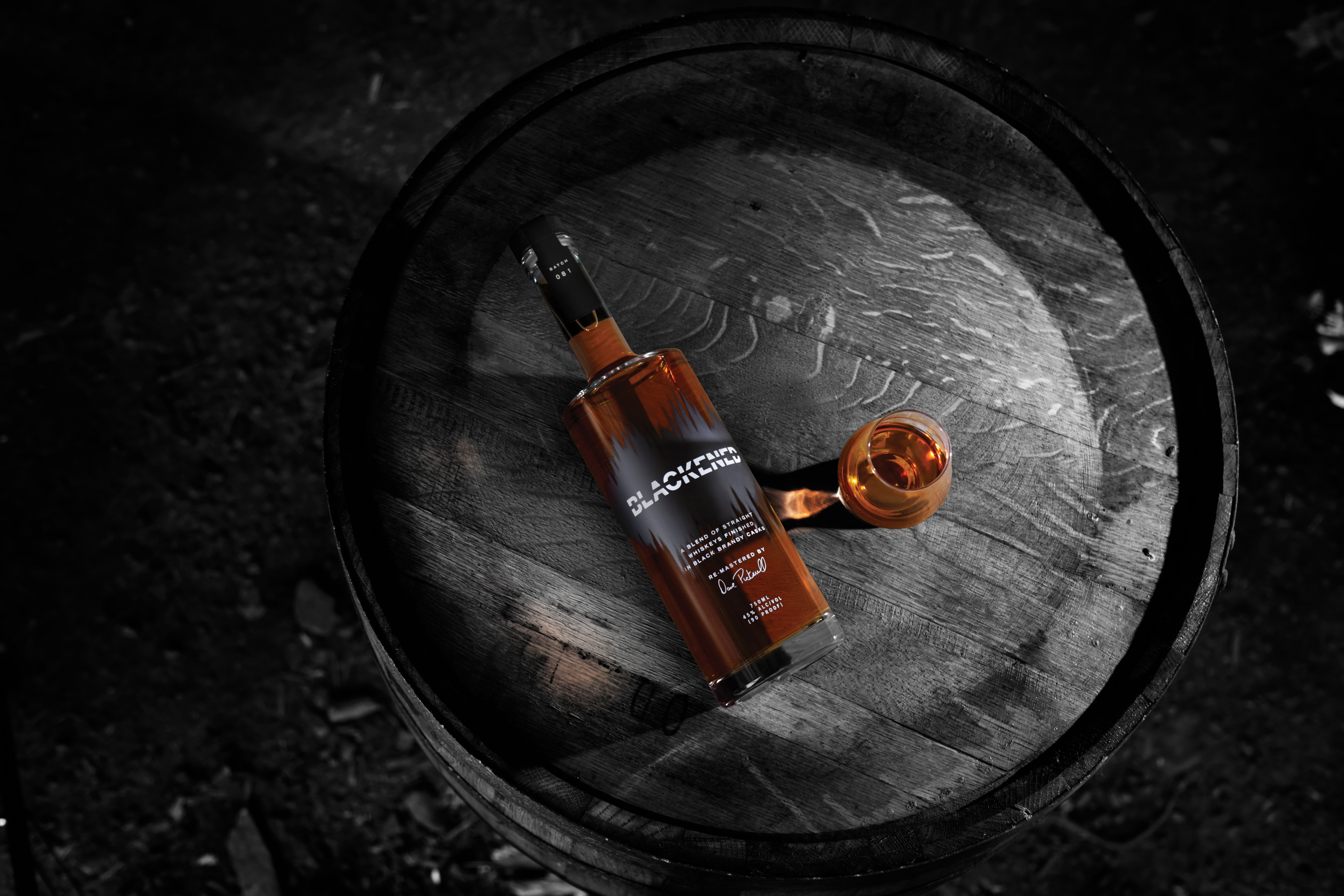 Metallica’s raucous rendering of WHISKY IN THE JAR, a 17th century song by the way, might have inspired the aging bad boys’ launch of Blackened, their own whiskey brand, however AWM’s investigation uncovers this much anticipated dram’s astonishing back story… a master distiller’s Merlin-like alchemy, a giant Moller pipe organ, and, would you believe it, classical music to boot.

I finally caught up with Dave Pickerell, onetime West Point Military Academy cadet, professor of chemistry, music lover and master distiller, formerly with Makers Mark and many craft distillers, as he boarded a flight to San Francisco who tells me how he got into the whiskey lark.

“During my West Point student cadet days, majoring in chemistry and nuclear engineering, I joined a group called the Ushers and Acolytes Society, spending much time in the Military Academy’s Chapel. “There I became friends with then Chapel organist Dr. Davis. After services one Sunday evening, the setting sun filtered through stained glass windows and only he and I were there, he called me over, ‘listen to this…’ he nods, launching into Bach’s Toccata and Fugue in D minor (think Phantom of the Opera), a composition which so masterfully demonstrated the great organ’s mind blowing acoustic range.

“Following his impromptu concert Dr. Davis said, ‘and now, for the full effect of the voice’ reverberating throughout the chapel, rattling stained glass windows. “I was transfixed, utterly amazed.” Dave recalls.

The chapel’s massive Moller, built and installed in 1911, boasts 874 speaking stops controlling 23,236 pipes, and, in recognition of its mind blowing tonal scales and unique character, it has been called the Grandfather of all pipe organs. He adds, “You could almost count the vibrations as it shook your guts, reverberations so powerful, if played and held too long, they could actually damage the building.”

Never in a thousand years could Dave have imagined those soaring reverberations of Bach’s Toccata and Fugue in D Minor, or even for that matter Saint-Saens thundering Symphony No 3 Organ Symphony finale, might one day form the genesis for Metallica’s sonically infused whiskey.

Dave tells me, “Lars Ulrich and the lads wanted something fans would take to heart, something of refined signature – something very special.”

The band already had a working relationship with Meyer Sound, creators of the sound system used during Metallica’s live concerts, including a giant subwoofer used while playing ultra-low frequencies from Metallica’s music, based on playlists including all four musicians, the throbbing sounds are directed towards the barrels.

“We are not playing music just to make the barrels happy!” Dave interjects, “Metallica’s clean, crisp rhythms assist in the process, but I’m sure you could get an effect just by hitting the barrels with a low-frequency hum. But to cause molecules to vibrate, which affects the whiskey, during bombardment we can demonstrate a color change very quickly using Metallica soundtracks, put some science into it.”

The result – Blackened – is a collaboration of Bourbons, ryes and whiskeys from all across North America, carefully selected by himself which, “once married, make their way into black brandy barrels for finishing.”

In subsequent blind tasting of nips, Blackened batch 81 and batch 82, one noted taster questioned their noticeable differences. “All we did was varying Metallica’s playlist, this was the only variant between batches, and amazingly the final taste was different!” Dave remarks. I’m told each batch of only 5,000 bottles of Blackened will utilize a different ‘Black Sonics’ from Metallica playlist, details of which can be found find on the band’s website.

No, YouTube video reviewer Van Holton isn’t raving over Metallica! What caught her attention, the astounding rendition of the finale of Saint-Saen’s Organ Symphony No 3. Normally a masterpiece for full orchestra, this organ solo, arranged and played by organist, Jonathan Scott, blew her away.

What’s all this music stuff really got to do with whiskey?

While whiskey pairings with food and cigars are often lauded, I’ve often mused about matching whiskeys with music? I mentioned this to Dave, who agrees sounds do have an effect on the palate.

He states, “We’re running a seminar where we blindfold people, have them taste food to varied sounds, it’s really cool.”

Music does have a distinct empowerment in the enjoyment of a chosen dram. Depending on mercurial mood swings, during contemplative moments I absolutely relish the celestial beauty of Sanctus sublimely performed by Libera, (a not too churchy all boy English vocal group) enjoyed with RUA, a smooth and soulful American single malt from Ollie Mulligan’s Great Wagon Road Distillery of Charlotte NC.

Then for Mendelssohn’s Fingal’s Caveoverture from The Hebrides, a rare and robust Balmaha 15-year-old Scotch whisky, (a restricted bottling of 270, of which my prized bottle is number 100) picked up along Loch Lomond a few years back.

As for Irish singer-songwriter and musician Enya’s (Sail Away…) Orinoco Flow, released in 1988, brilliantly adapted by Robert Prizeman for Libera.

Again, an example of full choral majesty, pure vocals amidst stunning wind and percussion, I’ve listened with a gentle nip of H. Clark Distillery’s new Tennessee Rye in hand. Heath tells me his new Rye is their tribute to America’s first whiskey.

Nose, take notice, no ordinary bevy! The taste demands eye opening attention. Swallow… whew, nice one Dave indeed! One can almost hear that mighty Moller… or is it Metallica’s version of Whisky in the Jar? I’ll let readers be the judge of that…