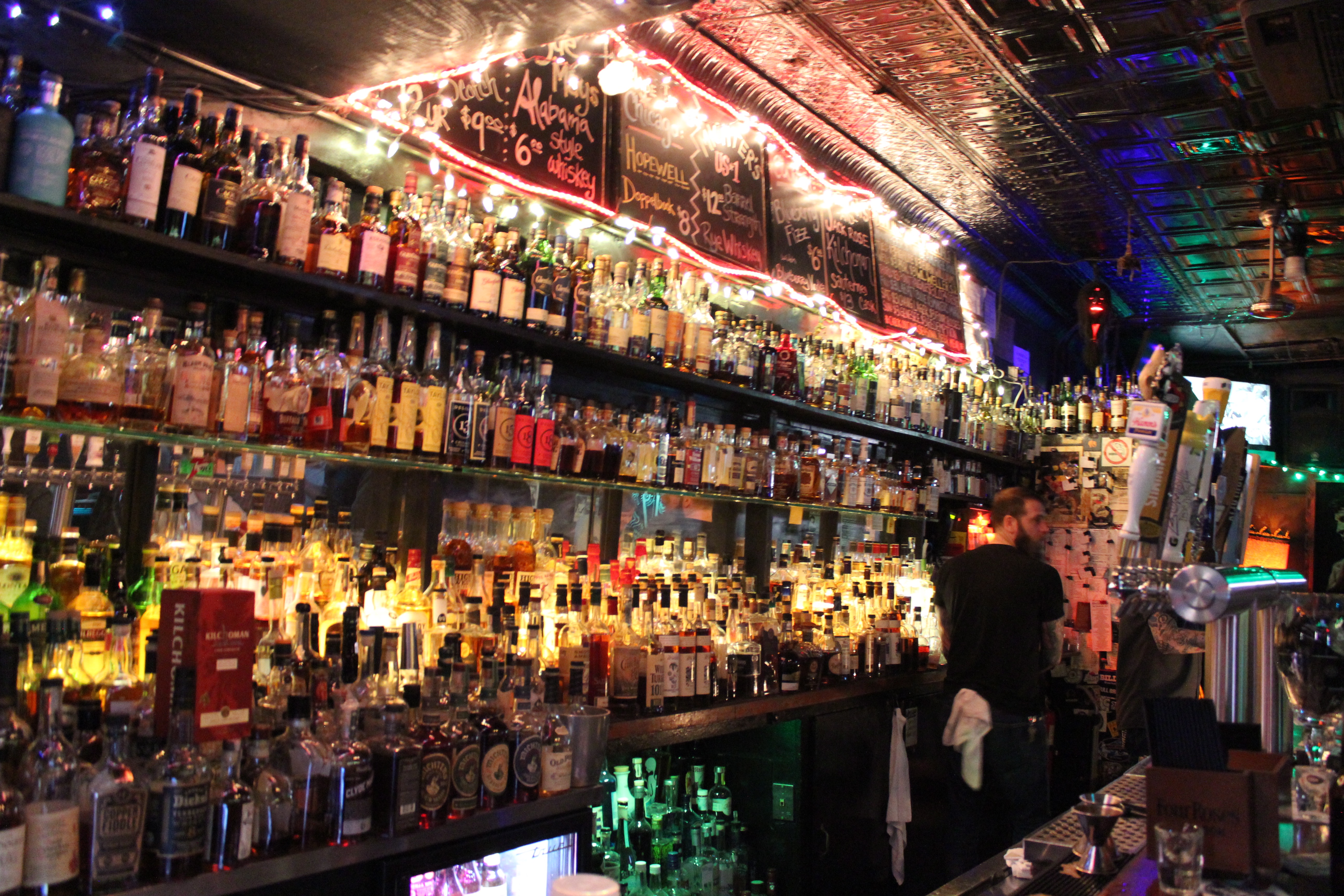 The art of serving great whiskey

For more than a quarter of a century, Delilah’s, in Chicago’s Lincoln Park neighborhood, has been a destination for whiskey lovers. But, it certainly doesn’t look like a destination. Housed in a building dating from 1894, nestled along several blocks of storefronts, the exterior doesn’t exactly seem run down so much as well worn, like a favorite armchair. The bar has been open every night since its founding in 1993, which is quite an achievement considering some of the brutal winter weather Chicago can have. And, once you enter its dimly lit space, there is no way to keep track of time, unless you glance at your own watch or phone. Proprietor, Mike Miller says that’s intentional.

“We don’t want anyone to see the ‘man behind the curtain,’ – us.  Which basically means we create an environment that you know when you close the door, the night will last forever. There’s no map. There’s no clock. There’s nothing to tie you to something that takes you out of the magic that’s happening right here that different elements come together to create.”

The ‘different elements’ at Delilah’s include classic movies (Miller studied cinematography in college.), a rotation of DJs presenting recordings (often vinyl from their personal collections), and one of the country’s greatest selections of whiskeys, more that 875 bottles.

The list is fluid, since the bar space dictates it really can’t get any larger, so some brands come and go.

If none of those appeal, there’s an outstanding craft beer selection, art from local artists decorating the walls (much of it for sale), and a pool table, which is located upstairs on the second floor. Miller attended Syracuse Univerisity, so when the NFL’s Buffalo Bills are playing, this bar in the heart of Bears country turns into the Windy City’s Bills headquarters.

The décor, such as it is, can certainly be described as “eclectic.” In a back corner tucked next to the long wooden bar, there’s a cozy arrangement of a leather sofa and chairs with end tables and a lamp sporting a red shade. Hanging on the wall by the lamp is a classic Velvet Elvis painting. Rows of little lights are strung from the ceiling.

The artwork on display during a visit last October was a collection of photographs of clowns. The subjects ranged from happy entertainers with big red noses to cousins of Stephen King’s Pennywise. A Bourbon lover would also notice that one of the photographs depicted a clown standing next to none other that Julian Van Winkle, III, the man behind the iconic Pappy Van Winkle Kentucky whiskey brands.

When you settle into a seat and ask for the whiskey list, you are presented not with a list, but with a book.

There are treasures here. A shot of Colonel E.H. Taylor, Jr. Barrel Proof (134.50 ), an uncut and unfiltered sip, costs $25. With aromas of tobacco leaf and pine, it is an elegant sip, well worth the price. If you are a regular, or Miller perceives that you are a true whiskey connoisseur, he may bring something special out from behind the bar. For example, he managed to get one of only 192 bottles of 21-Year Old Willett Family Estate Bourbon, from the Bardstown, Kentucky distillery.

On the secondary market, a bottle can fetch prices upwards of $2,900.

If you have a tighter whiskey budget, there are plenty of bargains, too. Special pours of a night might be a three-dollar shot of W.L. Weller Special Reserve, a bottle becoming hard to find on liquor store shelves. Three-dollar pints of craft draft beers are common.

By the way, there’s no food menu, but if you want some sustenance to eat with your beverage, Miller says it is BYOF (Bring Your Own Food).  There are several take-out options in the neighborhood.

While many refer to Delilah’s as a whiskey bar, which it certainly is, Miller prefers to call it ‘a bar with a great selection of whiskey.’ Obviously any place with such an impressive list is deserving of that description. But Miller, an outgoing man who obviously relishes having created a welcoming bar and is also involved in his neighbourhood association, had a somewhat wider vision.

“Conceptually, Delilah’s is based on the interests of myself and the people around me. So in a sense, I am the target customer.  Historically the people who work here bring their interests to the table, as do the people who hang out here.”

Music is at the forefront of those interests. Depending upon the night of the week, the playlist may consist of punk rock, heavy metal, rockabilly, or classic rock and roll. Chuck Wren, the founder of Chicago’s independent record label Jump Up, regularly brings his vinyl collection of Jamaican ska, Reggae and calypso to Delilah’s. Asked what he values about the venue, he had a ready answer. “I would say it’s one of the few places in Chicago where the music is as flavorful as the drinks,” says Wren. “Nothing gets watered down. People appreciate the ska and reggae I have been spinning for 25 years.”

At its core, Delilah’s is about building community. It’s not fancy. But, it’s welcoming. As Miller explains, “We try really hard for customer service. We’re not a sports bar, but if the Cubs are in the [baseball] playoffs I’ll put the game on one of the TVs. Because I’m a filmmaker at heart, there may be “Flash Gordon on the Moon” or “Animal  House” showing.  So, if you’re watching, if you’re sitting here, your eyeballs are looking at ‘Blues Brothers’ and not your cell phone.”

“I’d say that’s a win, because we have engaged people. What tells us that is the number of people who’ve met here and become friends by coming here. That measurable. I love that. Again that means that in my mind, we’re doing something right.” Delilah’s and Miller are also serving a lot of great whiskey.