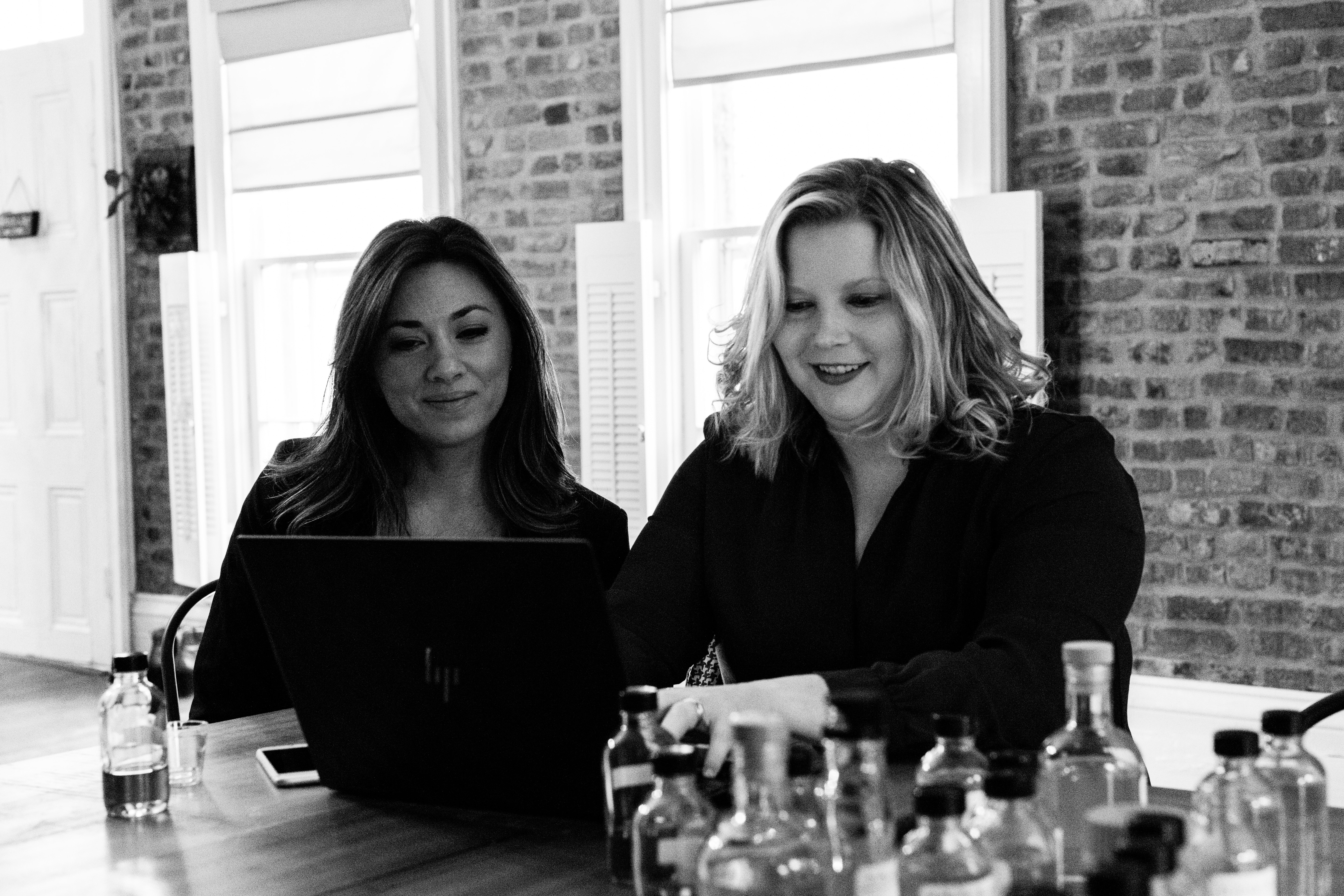 The Spirits Group is dedicated to helping distillers

Ashley Barnes has arguably one of the best palates in the Bourbon industry. After years of running the quality control lab at Four Roses, she has decided to go out on her own as a consultant, forming a consulting company with Monica Wolf called The Spirits Group.

A chance meeting turns into a partnership

Wolf had been working in 2015 with her father, Richard Wolf, consulting for craft distilleries when she led a group of women from Binny’s on a tour of Kentucky’s Bourbon industry which found her in the lab at Four Roses.

“We found our way to the lab, which I did not know existed, nor did I know that Ashley existed,” says Wolf. “Later I had been working with ACSA and the quality and caliber of judges were aspects I wanted to work on, so I submitted her name as a judge. She ended up coming and the first night when we had a mix and mingle I made it a point to befriend her and to get to know her a little better and we just kept in touch from there.”

A few months later there was talk of a craft distiller who needed help, trying to figure out the best way to offer that help.

“It hit me like a ton of bricks while I was brainstorming,” says Wolf. “I don’t have the technical and scientific background that she does, and most, if not all of my clients could use that.”

“She had some clients who she said could really use my help, but in the last year I’ve been pregnant and had a baby,” says Barnes. “The lack of stability in the midst of all that was really scary to me. But we kept talking and finally it clicked that, yeah I could do what I love for myself and still be there for my nine-month-old. If he wanted to sleep a little longer and snuggle a little tighter, he could do that. With that flexibility we decided it was time for me to spread my wings. There was a lot of talking and a lot of praying. So far it has just been amazing.”

“When someone says we have a distillery up and running, but something’s not right or they want an opinion on something, we help them to decipher if there are any issues with fermentation or distillation that they might not think of,” says Barnes. “There are lots of things I have seen through my work with the heritage distilleries, that the craft guys and gals might not think of. We will be consulting with craft and middle size distilleries for blending, quality control, profile analysis, inventory analysis, and helping to develop consistency in product. We will also be doing barrel brokerage – she will be doing that but I will be working with that on the quality control side.”

“It’s awesome because I really think the sky’s the limit,” says Wolf. “Whenever someone reaches out we always like to be on the call together or go visit the site together. We are always speaking or meeting them together, so we can identify things they maybe haven’t thought about when we do this together. I had worked on blending with Nancy Fraley, with some of her clients basically volunteering early on. I had the time to shadow experts in the industry. I had that background but obviously I’m not the expert. I’m learning more and more from her, as well. As the years progress and we learn from each other enough, there may come a time in the future where we are able to handle a client fully on our own.”

“I still get to do what I love,” says Barnes, “but I also get to see all the craft guys. The legacy folks have been doing the same thing for 200 years. They already know what they are doing. With this I get to see their eyes light up and their passions ignited because of things that I take for granted.”

Putting the quality in quality control

When it comes to clients, the pair have decided to choose quality relationships over quantity of relationships.

“If it were up to me I would keep all the puppies in the pound,” says Barnes. “She kind of reels me in a little bit.”

“The awesome part about the craft spirits industry is that everyone is passionate, everyone is excited, and their hearts are genuinely in it,” says Wolf. “It’s just a joy to work with Ashley and I have left corporate America. We feel really strongly about working with people we believe in and that we see the vision, as well as who we want to help. We vette clients. We have a strong policy of quality over quantity.”

“It could have always been a dream to maybe do something like this on my own,” says Barnes, “but I never could have done this without her. She is everything you could want in a business partner. We compliment each other. I’m the technical to her business.”

“We want to work with people who respect what we bring to the table,” says Wolf.

Learning and teaching the ropes together

“What’s really great is that we’re both teachers in our own rites,” says Barnes. “I’m learning about the financials and procurement, but I’m no expert by any means. She has done ADI and ASCA as a judge so she has a great palate, so I am the second palate we can rely on for a second opinion. It’s great to have that business partner who is super knowledgeable but also respects my expertise. It works out really well.”

“We are patient and helpful with each other on things that we maybe don’t have the full background on,” says Wolf. “As soon as someone brings up an heirloom grain or grain analysis, that’s when I’m like, nope, you have to call Ashley on that.”

0 comments on “Hammering out the rough spots”