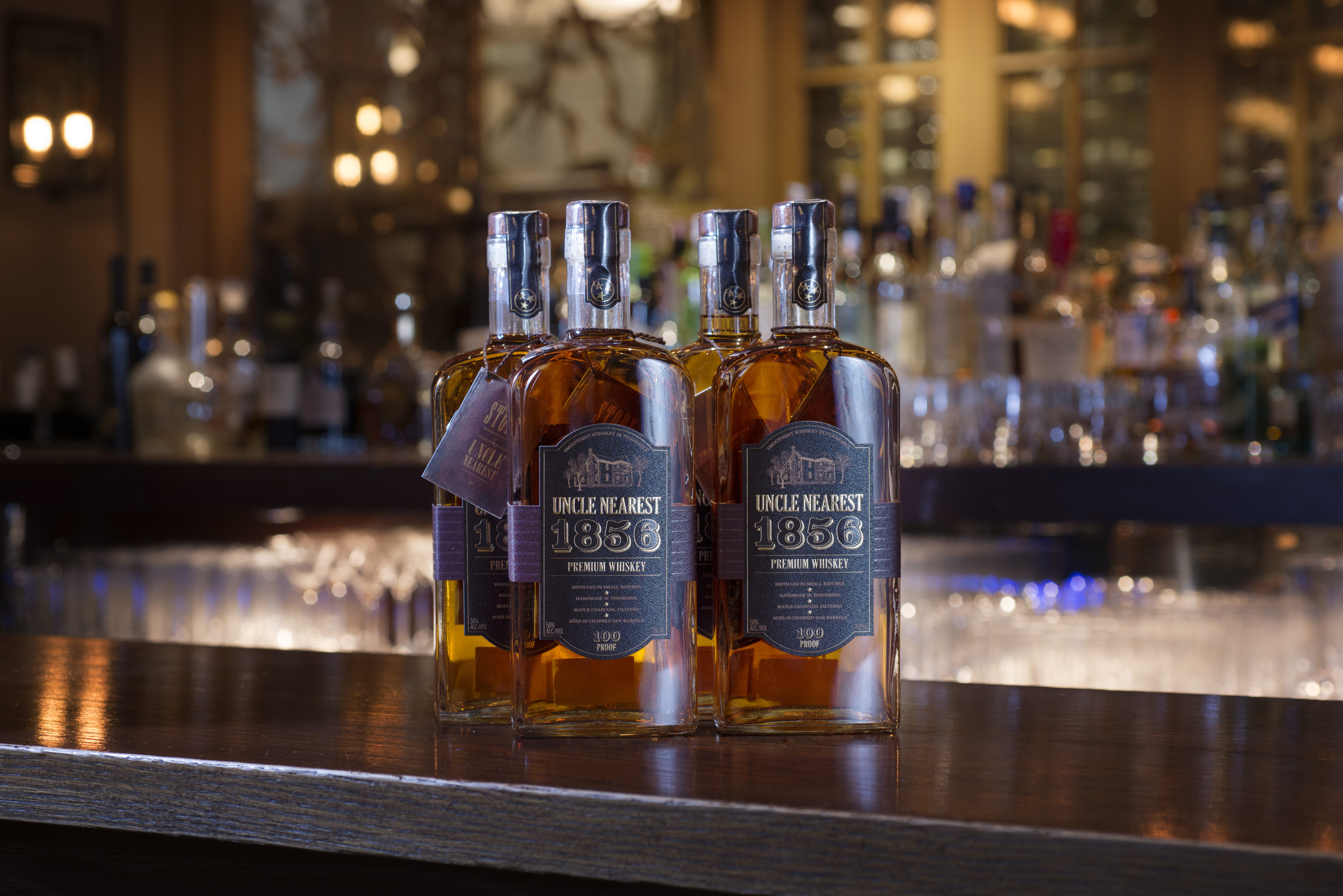 So begins an outpouring of family pride, make that astonishment, in the wake of Uncle Nearest 1856 premium whiskey’s meteoric rise, both in popularity and demand, a remarkable drink created to honor the life and times of Nearest Green, the African-American slave credited for teaching Jack Daniel how to make whiskey. (Jack Daniel never owned slaves.)

The 1800s marked one of the most oppressive and racially divided eras of America’s history, despite which a serendipitous turn of events led to the creation of one of America’s most enduring brands; Jack Daniel’s Tennessee whiskey.

So, I’m back in Lynchburg, TN, eager to update this fabulous tale.

More than a year ago I visited the small town known for making one of the best-selling whiskies in the world, while chasing down then breaking news about long forgotten “Uncle Nearest” Green.

Again I’m in the very farmhouse where Jack grew up. Nearby, his legendary Distillery No. 7 once boiled and hissed, dripping high proof white alcohol. Again I’m swapping quotes and anecdotes with Fawn Weaver, co-founder of Uncle Nearest Premium Whiskey, whose investigative tenacity led to the creation of a suddenly famous American whisky honoring Green’s legacy.

I recall wondering if this, the first spirit brand in history commemorating an African-American slave would, could, find a home among increasingly crowded store displays, even join top shelf brands in upmarket clubs and bars. Well, now sold in almost 50 states and eight international markets later, the answer is a resounding yes!

“Uncle Nearest has won 13 awards since you were last in Lynchburg,” Fawn exclaims, “including Double Gold in China and a Gold medal in San Francisco. It was named one of the top whiskies in the world by Cigar & Spirits magazine, and they’ve just proclaimed Uncle Nearest the #1 Tennessee Whiskey for the second year in a row.”

This upstart label is already selling in more than 4,000 locations around the world, London, Tokyo, Cape Town, Glasgow and Belfast included. But, hell, I can’t find it at my local whiskey shop – yet.

In the British Airways Concorde lounge at Heathrow Airport, I am told Uncle Nearest is the fastest selling whiskey of all time in their exclusive club. A quick check in with the nearly 400 non-airport properties in London confirms similar growth.

“Since arriving, the Uncle Nearest brand has been embraced by the United Kingdom with open arms and it’s not difficult to understand why,” said Andrew Watson, co-founder of the British Bourbon Society. “There are many premium American whiskey brands here on shelves though you’d be hard pressed to find more than a couple from Tennessee. That history is the backbone of the brand with the story of Nathan Green resonating with the whiskey consumer of today in a country celebrated for its literary days of yore. The engagement by the Uncle Nearest team with the whiskey community has been exemplary and has helped create a loyalty with the ardent enthusiast, mixologist and bar scene that continues to grow.”

In Japan, importer Marukai Corp. is just as enthusiastic. “Uncle Nearest is not only a fine premium Tennessee whiskey, it has a beautiful historical background, and many people are fascinated with the story and taste in Japan. The sales are going very well. It is expanding much quicker than we expected.”

At Maduro, one of the top whisky lounges in Tokyo, one might be impressed with the dozens of Japanese whiskies on its backbar. But right in the midst of them one bottle stands tall among them all (literally, in size), Uncle Nearest 1856. At the nearby Oak Door Steakhouse in the Grand Hyatt, it’s the whiskey that stands out.

Back in Lynchburg I’m wondering what a sudden whiskey fame has meant to Nearest Green’s family? With more than 100 of his descendants still residing in the state, it isn’t difficult to find plenty of accolades. The brand pays for all of Uncle Nearest’s descendants to attend universities across the U.S. seeking undergraduate and graduate degrees; a first of its kind in the industry. Just as important his legacy is finally being shared with the world.

“Thanks to the Uncle Nearest team, the world is finally learning our family history” said Jeffrey D. Vance, one of the many descendants who remain in Lynchburg. “We are truly proud of Nathan ‘Nearest’ Green. His craft will live on forever through every person that tastes Uncle Nearest 1856. From a freed slave to the future, our family stays strong.”

Descendants of his son, George Green, agree. Ensuring his legacy lives on via a recreation of a great whiskey, such as Uncle Nearest might have made himself, is indeed be the ultimate tribute.

Fawn, however, is somewhat shy about taking credit for the growth of this brand. “There have long been two things that bring everyone together, music and spirits. It is our great equalizer. The ones to be thanked are those who raise glasses of Uncle Nearest around the world each and every day, making certain “the best whiskey maker the world never knew” is now known and will remain so.”

In this day and age, in what feels like an increasingly divided America, it’s nice to have at least one feel good story; a legacy lost, rediscovered, now shared with a world with all its problems, people not only embracing it… but cheering it on.

Now who wouldn’t drink to that?