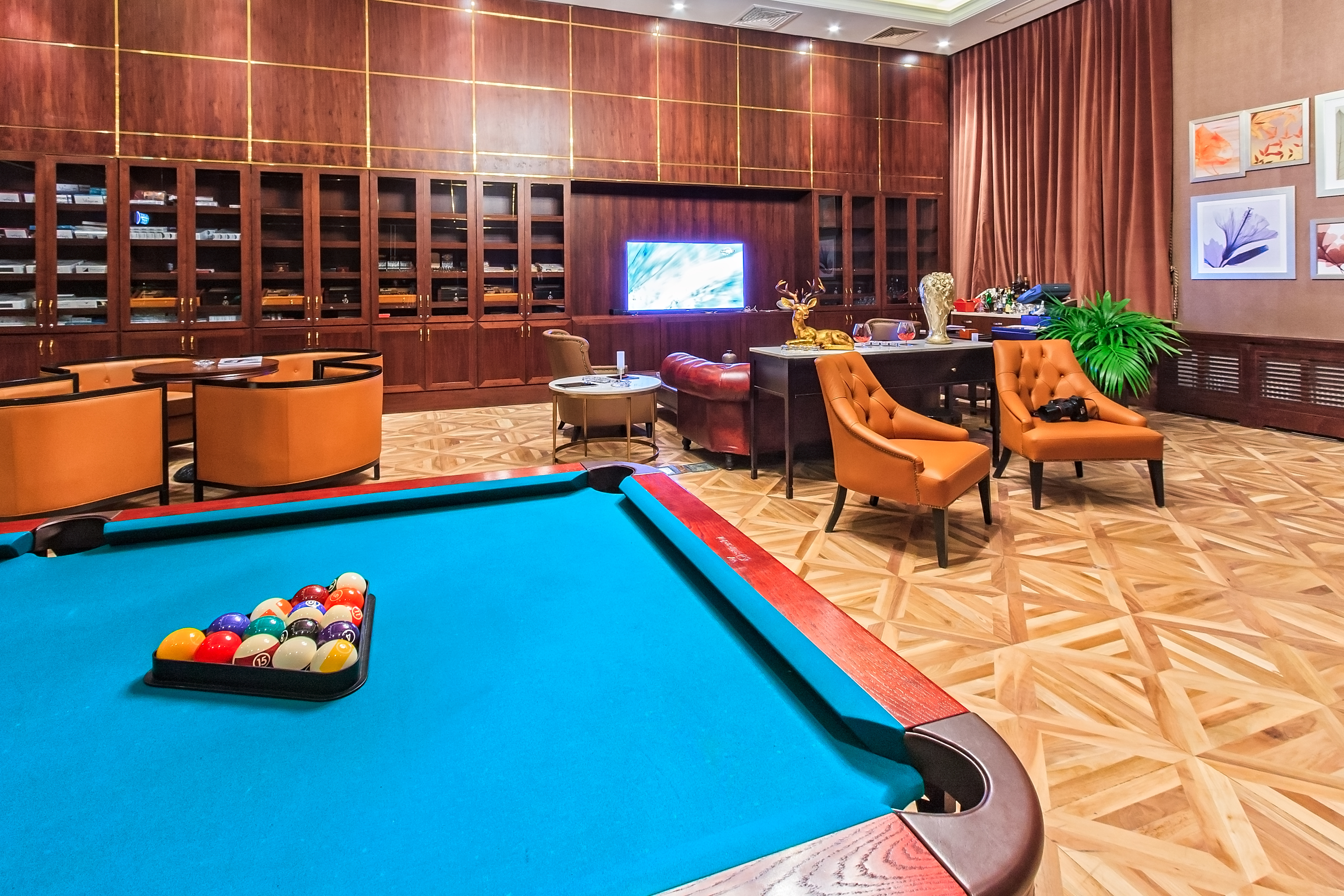 Visiting a cigar lounge is supposed to be a relaxing experience

It’s a place to sit in a comfortable chair, maybe have a drink, and speak to your friends or make some new ones. Wherever you travel you can find a cigar lounge that feels like your home away from home, because the etiquette is always the same.

“Smoking a cigar in a lounge is supposed to be a relaxing experience, as well as an environment for comradery,” says Jonathan Ross Lipson, director of sales and marketing for Alec Bradley. “If it’s obvious that a fellow aficionado wants their space – don’t engage. If a fellow aficionado wants to join the conversation, be welcoming. As Lew Rothman, the ex-owner of JR Cigars, once said: ‘You meet the nicest people in a cigar shop.’ Have fun and don’t take life so seriously, everyone is there with one thing in common- doesn’t matter from which walk of life you come from- you are all there to enjoy a cigar.”

“If the sole purpose of the tobacconist is selling tobacco and tobacco accessories, a lounge is an added benefit,” says Lipson. “In this case it is never OK to bring in an outside cigar, even if you purchased it previously from the same retailer. Purchase a cigar or multiple cigars that day to enjoy the benefits of the lounge; and it is a benefit, not a right. The tobacconist has overheads; how is he going to keep his lights on when you don’t support him? The only exception to this is if you happen to be a paid locker member and your membership agreement allows bringing in outside cigars. Would you bring a Whopper into McDonalds and sit down and eat? A cigar bar’s business is primarily liquor, this is where the best markup is. If you are drinking, feel free to bring your own cigar. If you are not drinking, you have to support the establishment somehow, buy a cigar.”

Some people will tell you it’s OK to bring something to smoke as long as you still buy something there, but the main takeaway is that you should always buy something if you are going to hang out. If you want to bring Cubans in an American shop?

“If you are in the US and claim that Cuban cigars are the greatest thing since sliced bread and you ‘only smoke Cubans’ why are you in the shop?”

When it’s time to pick a cigar, don’t be afraid to ask for help. In fact, the whole reason the shop is there is so that you can ask the tobacconist for advice, about what’s new, and to recommend something you may life based on your preferences. Your tobacconist also knows about all the latest tricks and gadgets.

“The tobacconist is an expert at his trade, so even if you don’t agree with how he tells you how to cut or light a cigar, indulge him, you may learn something,” says Lipson.

Keep your opinions about other people’s cigars to yourself, too.

“Just because your opinion differs from another aficionado, don’t judge another smoker’s choice of cigars,” says Lipson. “Everyone’s palate is different and you should enjoy what you want to enjoy, unfettered. The exception to this is if you are already in a clique and busting chops, that’s where the comradery comes in, no hurt feelings in this case.”

Handmade items are often a lost art these days, and this cigar’s name is a nod to the fact that fine cigars are still made by hand. Alec Bradley is a small cigar company, based in Miami with a strong following. This 5×52 robusto is made in Honduras at the Raices Cubanas factory using a Honduran wrapper and Honduran and Nicaraguan binder and fillers. Predominant flavors of this cigar include milk chocolate and baking spice with a peppery finish. When paired with the Angel’s Envy Rye, the whiskey brings out strong dark chocolate notes in the smoke, while the smoke brings out caramel apple and baking spices in the otherwise maple-syrupy rum cask finished whiskey. The sweetness from the rum finish played nicely with the spicy and earthy notes in this cigar, enhancing them into a more sophisticated profile. MSRP is $10.

Black Label Trading Co. is based in Nicaragua and specializes in small batches of specially blended cigars. It features a Mexican San Andres wrapper, a Nicaraguan Habano binder, and a Nicaraguan filler. It’s 5×50 and only 500 boxes were produced, available only at select retailers in the United States. There are strong baking spice notes upon first light, often indicative of Nicaraguan cigars, but that quickly mellows to reveal notes of earth, oak, and cedar. When paired with the Kings County single malt the smoke brings out spice notes in the whiskey that are likely from the barrel, as well as faint green apples that would otherwise go unnoticed. The saddle leather on the nose of this whiskey also enhances the pairing. The whiskey really plays up the cedar notes already existing in the cigar for a beautiful pairing. MSRP is $10.

Every year around Halloween, Tatuaje releases a new cigar in the Monster line. Only 13 stores have received “dressed” boxes, while select retailers get a few plain boxes. Sadly this year’s Bride of Frankenstein is the last of the Monster series, as this was a project meant to have a finite shelf life. This cigar is a 7 ⅛x49 with a Connecticut Broadleaf Rosado wrapper and Nicaraguan binder and filler. Strong notes of cedar were present, but those gave way to a faint pepper spice that intensified after the first third. The smoke was mellow and creamy.

The Old Forester 1910 is the last in the Whiskey Row series of bottles, and it just so happened the last Monster paired beautifully with it. The cigar brought out baking spice and vanilla notes in the Bourbon, while the Bourbon brought out vanilla cream candy in the smoke. MSRP $13.

Drew Estate Master Blender Willy Herrera has been busy turning out new blends since being appointed in 2014, and the Sungrown series of Liga Undercrown was a challenge from the tobacco procurement side of things. This 7×54 Corono Do is part the third line of Undercrown cigars from Drew Estate since 2011. It features an Ecuadorian Sumatra sungrown wrapper, Connecticut River Valley Stalk Cut/Cured sungrown Habano binder, and a blend of Nicaraguan fillers, one of which is an aged Ligero from the Nueva Segovia region along the border of Honduras. Upon first light there are notes of cedar, espresso, and bitter dark chocolate. Together with the Catoctin Creek Roundstone Rye the cigar brings out warm baking spices and citrus in the rye, the rye brings out strong vanilla and chocolate notes. MSRP is $10.38.

0 comments on “Lounging around”