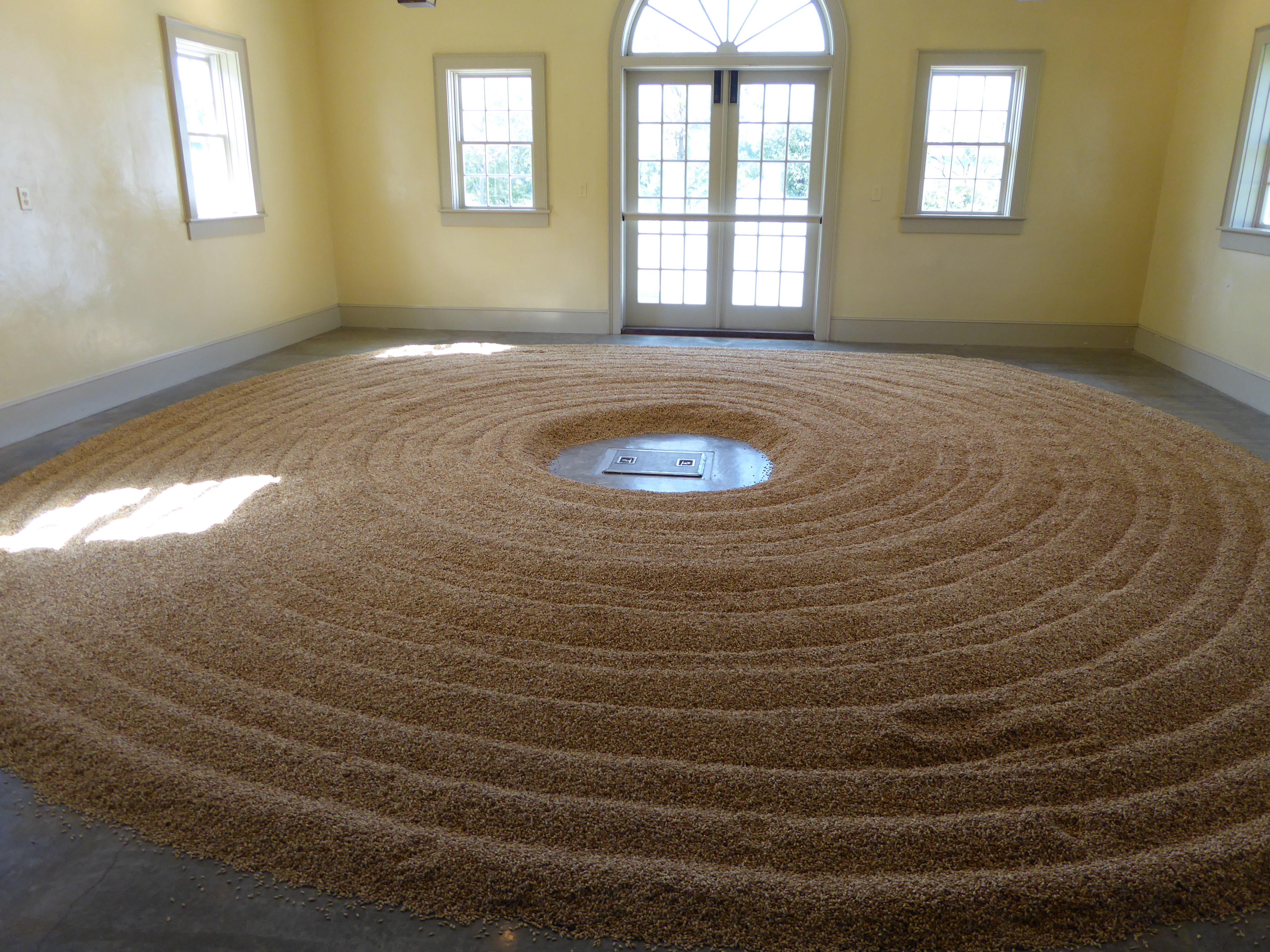 In all of Scotland, there are only a handful of distilleries that still do their own malting. Among them are masters of distinctive flavor:  Highland Park, Laphroaig, Bowmore, Kilchoman, Springbank, Balvenie, and Benriach. In the USA, eight craft distillers have embraced this in-house tradition. Two of them are in New York’s Hudson Valley! Some whiskey makers say it’s more efficient and economical to outsource malting. Maybe so. But the whiskey makers who malt, despite all the extra effort and expense, do so because they feel it makes a difference. And I agree. Sure, distilleries can produce high quality whiskey while outsourcing all their ingredients. Most do. But the flavour they create must be attributed more to technique, style, and a good palate on the part of their master distillers, than to that mysterious word ‘terroir.’ Terroir is a specific locale captured in your glass. It’s aromas, flavours, and textures that reflect the minerals in the soil, the microorganisms that populate the environment, the air and water, as well as the customs and culture that shape the spirit you consume. If you want to maximize the impact of terroir, it sure as hell matters every step of the way, from where you source your grain to the wood in which it matures.

Increasingly, and to varying degrees, American craft distillers are thinking locally, distinguishing their products by becoming masters of their terroir. To me that adds up to flavour indulgence worth a premium price tag.

Coppersea Farm Distillery and Hillrock Estate Distillery, located on opposite sides of the Hudson River, in New Paltz and Ancram, respectively, are a study in contrasts and similarities. Their names suggest their differences. Coppersea is homespun and earthy, as close as you can get to a 19th Century farm distillery, sans electricity. Hillrock, on the other hand, is a modern, gentleman’s estate. Its distillery, malt house, and visitor center boast upscale, minimalist wood and glass architectural features that harmoniously echo the landscape and the historic 1806 main house.

Christopher Briar Williams, of Coppersea and Jeffrey Baker, of Hillrock share a commitment to sustainable, organic agriculture. They source as locally as possible. Their whiskeys embody regional terroir, with only minor departures at Hillrock. Both Hillrock and Coppersea produce rye whiskeys that far exceed the 75 per cent grown in-state requirement to claim the coveted New York Empire Rye status. All their rye is grown in New York. Everything that goes into Coppersea’s whiskeys is sourced on William’s own land or that of his neighbors. He is unique in using barrels made from New York oak for his Bourbon. Hillrock also uses grain grown in it’s own Hudson Valley soil. Right now, no one can get their hands on New York peat which sits on protected wetlands, so Baker imports his from Speyside, Scotland. His barrels are standard American white oak. Some finishing casks formerly held California and French wines. You’ll find clove notes in both whiskeys, that lean more herbal at Coppersea, while peat smoke and the variety of cask finishes characterize Hillrock’s.

I tagged along on one of Coppersea’s highly informative public tours. Williams graciously answered everyone’s questions in depth, even my most probing ones. Visiting his farm distillery is an educational experience worth the 1-1/2 hour drive from New York City. Coppersea’s distillery occupies a single, large garage-like, wood and cinderblock structure that includes the malt floor, direct fire-pot stills and fermenting tanks. They air dry their malt, except for the rare ‘green malt’ Big Angus line, named in memory of Angus Mac Donald, the founding distiller at Coppersea. Unfortunately, I only got to sample the Big Angus single malt in their roadside tasting room. Glad I had my favorite Hudson Valley go-to bar of Fruition Chocolate Hispaniola 68 per cent in my pocket for an impromptu pairing! Not bad.

In Columbia County, about two and a half hours drive from New York City, I fell in love with Hillrock’s elegant malt house, the malting floor on the second story and sleek, small kiln below. The distillery and visitor’s center sit in a separate building just a few steps away. Serendipity graced my visit to Hillrock in September. While too early for the magnificent autumn foliage, I had the honor of meeting the inspirational force behind a hundred-some craft distilleries, former Maker’s Mark master distiller, Dave Pickerell. Baker had commissioned Pickerell with a paramount purpose, to make Hillrock Estate a world class whiskey maker. Dave envisioned a brand with staying power through innovative expressions that would keep bringing the consumer back for more. So he and Baker developed a line of Solera-aged spirits that are finished in formerly used casks, ranging from Oloroso to Napa Cabernet and Sauternes.

Dave passed away suddenly, scarcely two months later. What a shock!  I’ll never forget those moments I was privileged to share with him that September afternoon. Dave was open, warm, and as generous with his time. As we sat down to taste Hillrock’s whiskeys, I presented Jeff and Dave with ‘thank you’ copies of my book Deep Tasting Chocolate & Whiskey and a Hispaniola 68 per cent bar by Fruition for pairing. Both whiskeys and chocolate, were Kismet together. Fruition Chocolate’s workshop is located in Shokan, New York, and there’s a small Fruition store in Woodstock. Owned and operated by Bryan and Dahlia Graham, Fruition is the only internationally acclaimed bean to bar chocolate maker in the Hudson Valley.

0 comments on “Malting along the Hudson”