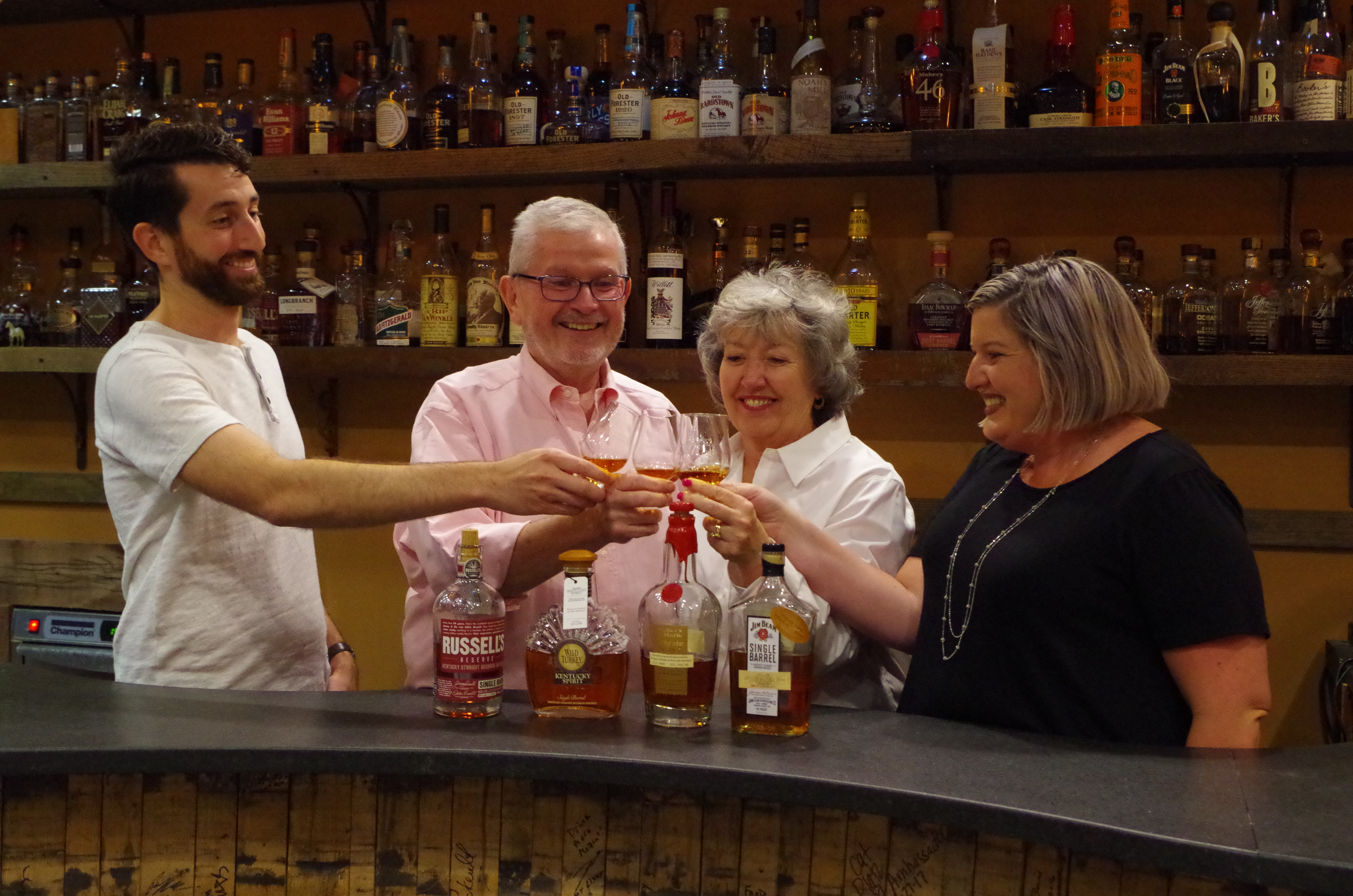 We discover the shop making memories one barrel at a time

Chris Zaborowski spent years teaching wine appreciation classes at the local university, but when it was time to open his own shop he knew that he wanted to place an emphasis on whiskey. He was, after all, right in the heart of Bourbon country, and Bourbon’s popularity was just starting to rise after a decades-long slump. When he opened Westport Whiskey and Wine, the idea was to shine a spotlight on Kentucky’s native spirit by emphasizing consumer education and events, making this little shop a destination for Bourbon lovers from far and wide.

These days his entire family is involved in everything from the day-to-day operations of the store to picking the single barrels they will sell with the store’s name emblazoned on the side. As you can well imagine, picking single barrels as a family can present some challenges, but it also brings the family closer together.

“There is always some lobbying for the barrel each one likes best. Most of the time there is unanimity,” says father and store co-owner, Chris. “I have played the trump card, I write the check with other groups. However, when there is a dispute we do a blind tasting, winner takes all.”

For mom of the family Robin Penick, the biggest challenge is getting her family to agree on a time to meet up for barrel picks, and the time they spend together ends up bringing them closer together.

“I really don’t see picking a barrel together as a challenge other than aligning our schedules,” says Penick. “It’s more of an event where we get to learn about each other’s palates. There is always good conversation during our picks.”

But, she says, if there is a dispute she has no problem pulling rank. “[It] depends on whose barrel it is. If it’s my barrel there is no dispute.”

For Kendall Zaborowski, Chris and Robin’s son, the opportunity to pick barrels and to do so with his family is just too good to have complaints about.

“I’m just happy to have the opportunity,” says Kendall. “Often the biggest challenge for me is narrowing it down to one favorite. Or the inverse and having to tell the distiller that I don’t prefer some of the barrels they may have brought out for us. That’s never fun!”

Experiencing a barrel pick with your family is sure to make some memories, and doing so on a regular basis provides a treasure trove of family experiences.

“My favorite barrel pick wasn’t a true barrel pick,” says Emily Zaborowski, Chris and Robin’s daughter and Kendall’s sister. “It was back when Angels Envy was still doing their blending program. For that blending we went with my blend and I have to say it was a pretty good bottle. But true barrel pick, I would have to say when we did our Willett barrel pick for our 10th anniversary. I enjoy my relationship with the team at Willett and I truly admire what they are doing as a company and a family.”

“For me it was a Wild Turkey Kentucky Spirit Single Barrel,” says Kendall. “We went with a group in the late winter or early spring, and it was pretty chilly, especially in the rickhouse. I was with my granddad (Robin’s father), my dad, and Dustin (my brother-in-law). Barrel selections at Wild Turkey are always great. Every time I’ve been they’re in warehouse one, the barrels are laying on the floor, and Eddie Russell is just knocking the bungs out with a hammer and we’re tasting straight from the barrel. The whiskey was pretty good, too.”

Chris echoes his son’s favorite barrel pick story: “I might have to say [my most memorable family barrel pick experience] was at Wild Turkey when it was the all-male family member pick. My father-in-law, my son, my future son-in-law and me with Eddie Russell. It was great to share that experience with all of them. Picking with Eddie is always a great experience.”

But for Robin, her favorite experience came as part of her birthday celebration this year, and it yielded a great keepsake: “For my birthday this year I got to pick a 1792 barrel. Name on the bottle and everything! We had plenty of barrels to select from and narrowed the choices down to two barrels. Because I had a hard time making a decision, we narrowed the choice down to two barrels and did a blind tasting. The winner was clear.”

Kentucky is a beautiful place and the distilling industry combines Kentucky’s natural beauty with unmatched Southern hospitality to make everyone feel right at home.

“I am so proud to be a Kentuckian when I visit any distillery here in Kentucky,” says Robin. “The hospitality that is offered is spectacular and always genuine. I love the settings where you can stroll on the green grass and meander along streams. I love the smell of the wood and barrels in the rick houses and that bone cold chill. I love the architecture and history that each distillery brings. And of course I love the Bourbon.

“My two favorite distilleries to visit would be Makers Mark and Peerless, both because they make great product but are also super welcoming as a family,” says Emily.

Kendall echoes, “I haven’t been to one I haven’t liked. Wild Turkey is great for its location with the overlook of the Kentucky River where you can sit outside and have lunch on a nice day. I also really like Peerless for everything Emily said, and it is just a gorgeous building.”

Distillery visits are rarely just about the Bourbon. They are often about the culture of the Bourbon industry and the heritage that ties it all back to Kentucky. Bourbon is tied to every aspect of what it is to be a Kentuckian, whether you like it or not. Visiting a Kentucky distillery is about deepening your connections with your fellow Kentuckians.

There is consensus among the family that they are all looking for the best possible whiskey, though they aren’t always in agreement as to what that means. Emily likes spicy whiskeys with depth and balanced wood tannins. Kendall agrees with her about the spiciness but also wants what he refers to as “ruggedness” to compliment the caramel notes. Robin likes to have a little spice but not too much.

“To steal from Bill Samuels when setting his goals for Maker’s 46, it has to taste yummy,” says Chris. “So I look for whiskey that moves me, hopefully both with a great nose and a full tasty palate. I do not like barrel tannic whiskey. I like to choose when I add water, not have to be compelled to drink it because all the moisture in my mouth has been sucked out.”

It takes a family effort to come to a consensus, but the proof is in the bottle. Stop by Westport Whiskey and Wine any time of the year and you’ll find at least half a dozen barrel picks on the shelf – some of which sell out within a few days.

One thing is for certain – a family that picks barrels together, stays together.

1 comment on “Westport Whiskey and Wine – A family affair”