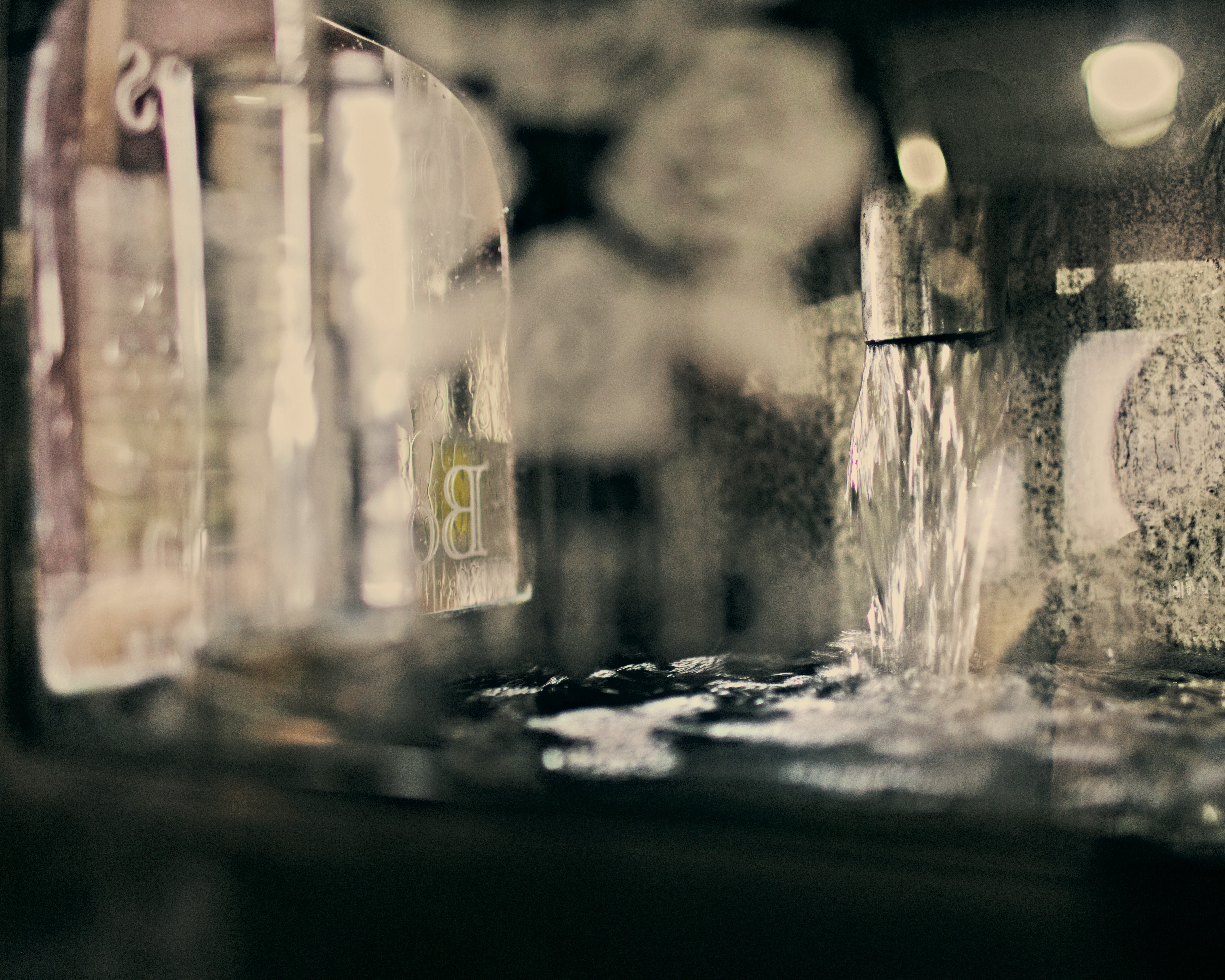 Is it really the unsung hero when producing great whiskey?

After years of touring people through distilleries to explore the Bourbon process, I seem to notice that one of the all-time favorite stops on the tour is the fermentation area. Why? Fermentation is so visual, watching the bubbly yellow grains interacting with the yeast and watching the tourist dipping their finger in the mash to taste. It’s quite entertaining because aside from the spirits safe, you can’t always see what is happening in the still or watch the inside of a barrel as it matures. Fermentation is open and sensory, but when it comes to saluting the final Bourbon product on the shelf, many times the barrel receives the applause. However, fermentation is the foundation that carries the flavors of the Bourbon throughout the entire production process. If there are off notes, or tainted flavors during fermentation they will carry through the rest of the process, something that the still and barrel are often unable
to solve.

Every decision of the master distiller is an important variable to the final product, and it starts with the grain, or recipe. Co-founders Shane Baker and Dr. Pat Heist of Ferm Solutions Inc. in Danville, KY are fermentation experts extraordinaire and because I like the pilots who fly the plane confident and experienced, what better way to understand fermentation than to ask the experts of the third largest fermentation company in the world. Their company houses more than 10,000 strains of yeast in their repository and work with countless clients across the nation on lab service consultation. I tend to geek out on scientific production methods, but decidedly wanted to translate some scientific components into laymen’s terms, so we may all appreciate the Ferm take on fermentation. I mean, you don’t usually sit around with friends drinking Bourbon and someone say, “I can truly taste the maltose.”, or “Wow that amino acid is well rounded.” Time to appreciate the basics that inadvertently translate into great whiskey.

Bourbon producers carefully source grains to make their Bourbon profiles and create varying flavors. Rye brings spice, corn asserts sweetness, malted barley creates cereal notes and wheat adds a subtle and soft, airy note. The best quality of the grains is sourced from across the nation, but the genius of the master distiller is to allocate the appropriate percentage for the ‘mash bill’, or recipe. Marry those grains with the water of their region (which also can affect the flavor) and we begin to understand the cooking process. The cooking process is almost as important as fermentation itself because you are preparing the grains to gelatinize starches. The goal is to loosen up that corn to bring out its best. The water and grains are boiled at different high temperatures at the distiller’s choice to literally ‘cook’ the grains. So, think about scalding milk or over-boiling a sauce, or scorching your cornbread. The burnt taste carries though and exactly why it is crucial to monitor the cook cycle to avoid those burnt off notes.

Grains are also picky. If you have ever looked in to the inside of an empty cooker, you may see cooling coils to bring down the temperature at certain points when adding your other grains to the corn. Baker says, it’s like popping popcorn under water. At what temperature will each grain category release, or pop?

DOES YEAST HAVE A FLAVOR?

When describing yeast notes in a Bourbon, it’s relatively simple. Fresh baked bread is distinctive. However, hiding behind that doughy essence are nutty and a surprisingly fruity nose and flavor. This combination is the precursor to bigger and bolder flavors down the production process road and we have the yeast to thank for a nice portion. You hear many distillers speak to their proprietary yeast, handed down from generation to generation and some held under locked key to protect the distiller’s strain. It is true that each yeast strain has different characteristics and gene structures. What is interesting to know that when Baker and his team conducted a research study of 25 distilleries of all sizes, they found that approximately 60 per cent used the same yeast. You be the judge, its why we like different cocktails, it’s all about our taste buds. While not all yeast is created equal 80 per cent of yeast is active-dried yeast. The fascination comes in when you try and harvest a new yeast strain. There are stories of taking samples from old pipes, or vintage bottles to reproduce a strain and it not only makes for a great story, but it can be true.

There are even yeast strains for the different categories of whisky from rum to Bourbon.

Sweet mash means all fresh ingredients and water not using any back set (starter) from the last fermentation batch. Think baking bread. A baker will take some dough of a batch of bread and hold it aside to create a starter for the next batch to ensure consistency. In sweet mash, back set is not needed and can develop a softer distillate because it rounds out the amino acids. Sour mash occurs when you do use the back set to seed the next vat of fermentation and distinguishes that sour-like taste.

When the cooked grains move to the fermentation vat and are cooled you can add the yeast. That temperature remains very important because too high a heat when the yeast strain is married with the grain and it will virtually stress it out and kill the strain, again releasing off notes. The yeast helps to transform the sugar into alcohol.

Fermentation is most active during the first couple of days in the vat. You always know a fresh mash tub by the very active jacuzzi bubbles releasing. The alcohol content is very low at this point (roughly 18 proof or 9% ABV), as the distillation process will later electrify the higher proof elevations. When the fermentation is ready to be moved, it looks like loose watery cornmeal and becomes quite still as opposed to the original bubbly mixture. At this point, it is called distiller’s beer, hence where the term ‘beer still’ comes into play when you are ready for the next step of the process.

HOW DO DISTILLERS CHOOSE THE NUMBER OF DAYS THEY WANT TO FERMENT?

You would think it is up to the master distiller to decide the number of days of a fermentation cycle and technically it is, but the decision is largely lead by the lifecycle of the yeast. There is a myth that a longer fermentation cycle is better. The days have to do with the optimal environment and temperature that yeast is happy at.

It may be simple to describe on a tour how fermentation works, but behind the scenes and dissecting the process can be extremely complicated and scientific. Believe me, I saved you from all the long scientific jargon.

The very reason that the next sip of Bourbon you take will formulate another appreciation for fermentation.

Ferm Solutions, Inc. is certainly the rock star when it comes to knowing fermentation and oddly enough that is how Shane and his partner Pat first met, was playing in a rock band. As Baker points out very succinctly, “Every distiller wants the holy grail of making whiskey, but will the distiller take the time to do the full process correctly?”

I believe him, not just because I believe that patience is THE virtue when making fine Bourbon, but among the many things in his colorful background, he’s an Eagle scout too and must speak the truth.

0 comments on “A Ferm take on fermentation”