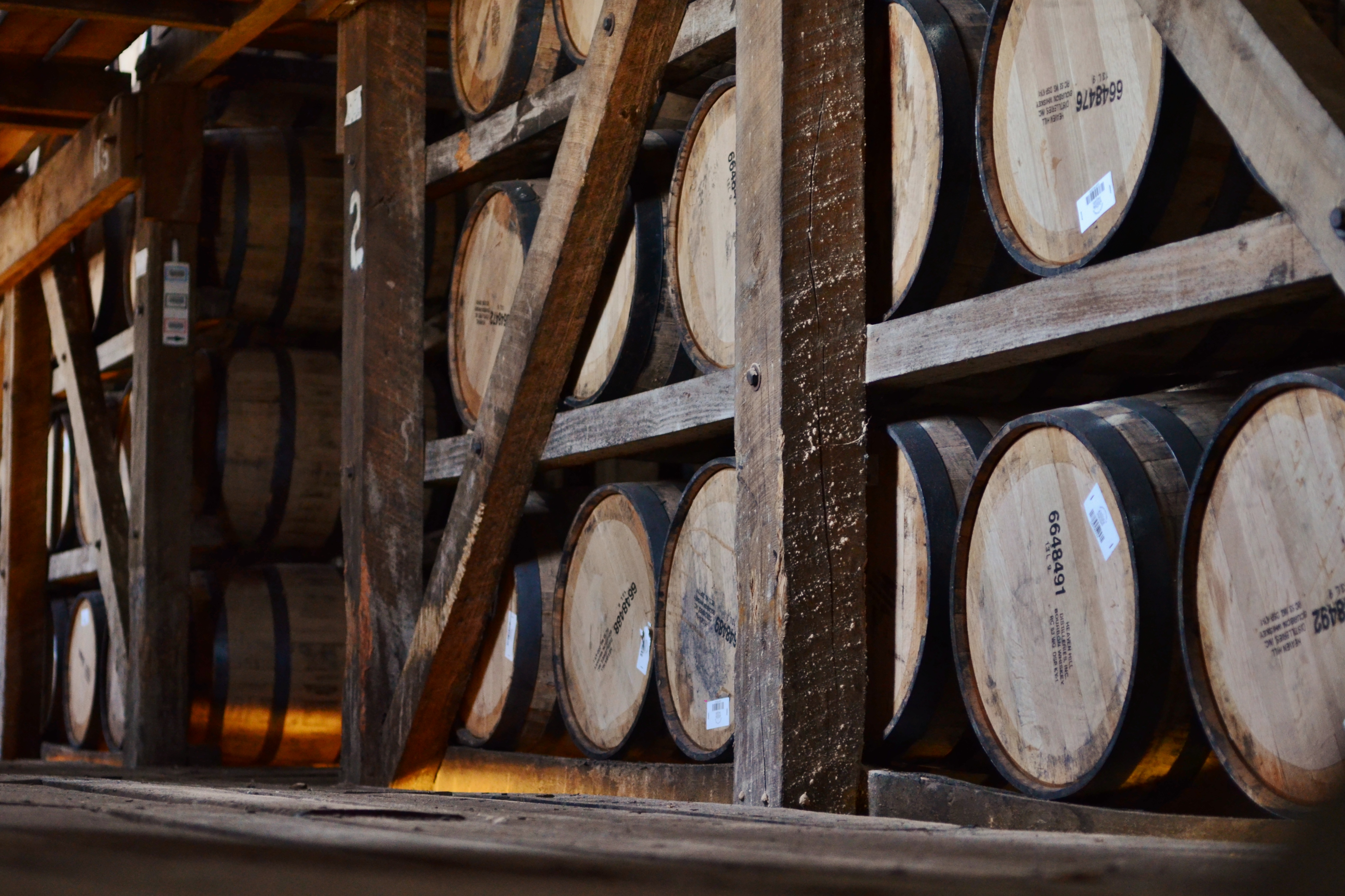 From a leap of faith, to keeping the heritage flame

Heaven Hill holds a unique place in the hearts of Bourbon lovers. It’s the largest family-owned distillery and its offerings include fan favorites such as Old Fitzgerald, Henry McKenna, Parker’s Heritage, and more. But one of the reasons why Heaven Hill is so popular among whiskey geeks is that they keep legacy brands alive. From JTS Brown to Pikesville to Old Fitzgerald, Heaven Hill has been the keeper of Bourbon heritage for decades, safeguarding old labels and the history that goes along with them.

A serendipitous start during a difficult time

“What started as a serendipitous accident more than 80 years ago, has become the largest independently owned and operated distilled spirits supplier,” says president and descendant of the founders, Max Shapira. “The Shapiras didn’t know a barrel from a box at the time. The five Shapira brothers were strictly approached as investors by those who had been in the business before Prohibition. Through a leap of faith, just as risky as any investment in the dot com era, the Shapira brothers wrote a check to those investors at a time when there were no stocks of whiskey, coming off Prohibition, and as a war was looming. The ownership of the distillery was thrust upon them as the whiskey people ran into financial problems and the business would have closed if not for the Shapira family.”

Right after Prohibition investing in a whiskey distillery would have been very risky. There was no guarantee the government wouldn’t shut things down again, and even though the ‘Noble Experiment’ is long dead and buried today, the looming threat of a world war could have put an already unstable distillery out of business.

Nevertheless, Heaven Hill made it through trying times and has remained in the hands of the family that started it since. “One of the greatest advantages to running a family-owned company is the fact that we are not beholden to stakeholders or Wall Street,” says Shapira. “When we have a formidable idea to create a new brand or open a new visitor center, we are able to make decisions and start the process faster than most. So through changing tides of post-Prohibition, WWII, the whiskey market downtown, etc. we have been able to switch gears and focus on other aspects of our portfolio.”

These days the family business has grown to include dozens of brands ranging from brandy to tequila, and the company is showing no signs of slowing down.

“Another opportunity is building a business set up for future generations,” says Shapira. “While I never expected the next generation to get involved in the business, it is something that I am most proud of. The third generation of Shapira’s involvement has built more portfolio diversity and innovation, while still maintaining the legacy of our historical brands. Identifying a balanced mix for our portfolio that best serves the industry and consumer wants is something we continue to strive for when considering launching new brands, acquiring brands and brand focus.”

Heaven Hill’s business is built on family and heritage, and at times it may have seemed like they had a crystal ball when it came to buying and saving legacy brands.

“We protect and nurture brands that epitomize the time-honored traditions of American-whiskey making,” Shapira says. “Whether it’s distilling the classics in our portfolio like Elijah Craig or preserving storied brands like Pikesville, Heaven Hill Distillery strives to continue the legacy of quality and consistency. Outside of changing up mashbills and being selective about how certain barrels are pulled from different warehouses on different warehouse sites, the approach is all the same as it has been for generations. As one of the only heritage distilleries to produce all five styles of traditional American Whiskey, the focus, effort and attention you give to brand each does not differ.”

Heaven Hill opened its Bourbon Heritage Center in Bardstown back in 2004, after a 1996 fire forced the company to move distilling operations to the Bernheim facility in Louisville. The center offers an interactive experience for learning the Bourbon process from start to finish and includes a visit to one of the many rickhouses on site.

Then in 2013 Heaven Hill opened the Evan Williams Bourbon Experience on Main Street in Louisville, the first of the now seven distilleries in the area.

“The Evan Williams Bourbon Experience celebrates the story behind the second-largest selling Bourbon in the world and the man behind its name,” says Jeff Crowe, general manager of visitor experiences. “Evan Williams was the first licensed commercial distiller in Kentucky. Not only was his distillery set up in Louisville on the banks of the Ohio River, but he was also the harbor master, built the first jail, and was an entrepreneur, businessman, and politician. Evan Williams was so entrenched in the history of Louisville, that the Evan Williams Bourbon Experience also dives in to the history of Whiskey Row on Main Street. From bottled-in-bond tastings that incorporate the effect of Prohibition on Louisville’s economy, to chocolate and Bourbon pairings, there is no shortage of interactive experiences to keep guests coming back for different tours. We also opened ON3 last year, which is run by our mixologist Karla Plott. Coming off a win at Bourbon Classic, we are excited to offer a new way for consumers to experience Evan Williams Bourbon.”

After 15 years the Bourbon Heritage Center is getting an update to include even more history on several of Heaven Hill’s flagship brands. “While the Evan Williams Bourbon Experience celebrates the legacy of Evan Williams, the Heaven Hill Distillery Visitor Center in Bardstown highlights the Shapira Family and history of Heaven Hill’s historic portfolio,” Crowe says. “The renovated center in Bardstown will open in early 2021, with new interactive experiences that bring more hands-on opportunities for consumers to learn about how our whiskey is produced. With education as a top priority built into the new center, there will be new tastings and tour opportunities focused around larceny and the legacy of John E. Fitzgerald, the history of Elijah Craig and the story of Heaven Hill Distillery. The new center will feature experiences not yet seen on the Kentucky Bourbon Trail.”

A new master at the helm

Just a few months ago Heaven Hill announced that Conor O’Driscoll, formerly of Brown-Forman, would be taking the reigns as the distillery’s seventh master distiller. O’Driscoll has been known to extreme whiskey geeks for quite some time, but his behind-the-scenes roles have mostly kept him out of the spotlight – until now.

“I’ve had the pleasure of working in American Whiskey distilling for 15 years now,” O’Driscoll says. “To step into a role with a legacy of prolific distillers behind me, such as Parker Beam, is truly a call to the major leagues as I like to say. I have been both warmly welcomed into the Heaven Hill family and fully thrown into the mix, learning the ropes from a masterful distilling and production team. I’m looking forward to seeing where we can take this iconic portfolio to in the future while preserving the quality and consistency Heaven Hill is known for.”

Heaven Hill has 1.5 million barrels of whiskey aging and is producing 400,000 barrels a year, which leaves O’Driscoll with a balancing act between growing brands and planning for the future.

“For now, my focus is ensuring the quality and consistency that is a hallmark of the Heaven Hill legacy,” he says.

“But the future of American Whiskey is going to be built by looking outside of our standards of identity.”