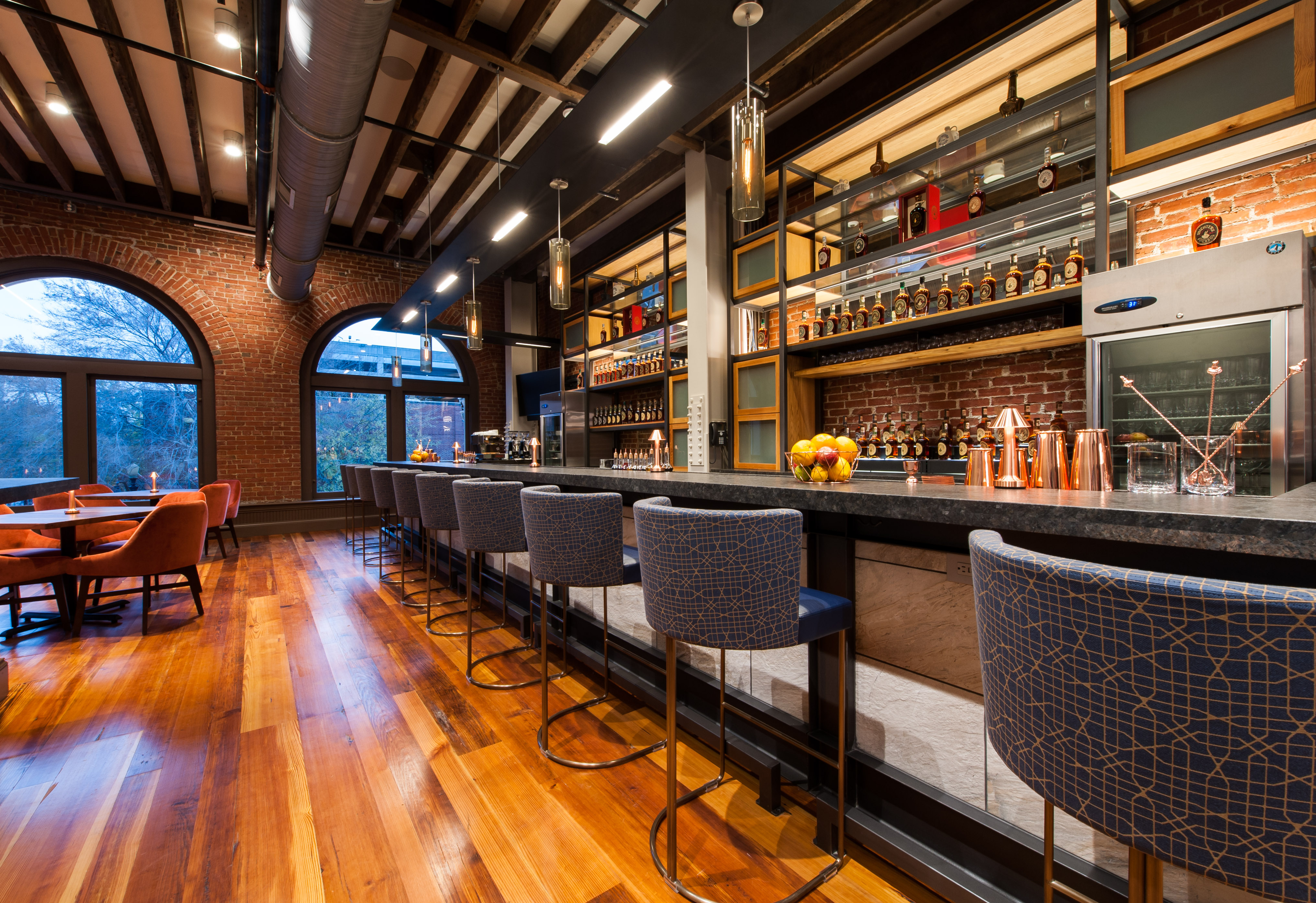 After eight years and countless setbacks, Michter’s Fort Nelson Distillery is open to the public for tours. Included in the space are the original stills and mash tubs from the Michter’s Distillery in Pennsylvania, which closed in 1989. Visitors have the opportunity to see a working distillery and get a cocktail at the bar at this newest addition to Whiskey Row in Louisville.

First to announce, last to open

In July 2011, Michter’s announced plans to turn the historic Fort Nelson building on Main Street in Louisville, Kentucky into a small distillery and visitor experience. At the time no one else had plans for such a thing – visitor centers for Kentucky distilleries were generally at the site of distillation and were little more than factory tours, with the exception of Heaven Hill’s Bourbon Heritage Center in Bardstown, far away from its Louisville distillery.

The plan was to use this attraction as a way to educate Michter’s fans about the brand in a centralized location – their main distillery is far off the beaten path in the Shively neighborhood of Louisville, not exactly prime tourism real estate. After purchasing the property it was discovered there was a serious problem – the structure, which had sat abandoned for years, was leaning nearly two feet into the street and in imminent danger of collapse.

A previous owner of the building had stripped out the floors of the space, which turned out to be the main thing holding the historic structure, originally built in the 1870s, together.

Roof troubles added to the building’s structural decline, which went unnoticed until Michter’s bought the building.

Steel struts were used to shore-up the building as restoration was taking place. Structural engineers proposed a radical solution to stabilize the crumbling historic building – build a steel building within the building and tie the exterior structure to that, sort of like a skeleton.

“Renovating Fort Nelson turned out to be a much more involved endeavor than we expected,” says Michter’s president Joe Magliocco, “but we are thrilled with the results. It took a lot of tender loving care, along with structural reinforcement with 400,000 pounds of steel, to bring this magnificent building back to life after decades of it being vacant.”

Within a stone’s throw of the Michter’s Fort Nelson building in just under eight years eight distilleries or dedicated distillery visitor centers have opened up while Fort Nelson was under construction.

After years of setbacks, the Michter’s team is thrilled to no longer have to answer the often asked question: “So when is Fort Nelson going to open?”

“I am beyond excited to finally welcome guests to Fort Nelson,” says visitor center manager Vicky Fugitte. “It has been very gratifying to see everyone’s reactions as they walk through the building. Many of our guests have shared how they have watched the restoration process over the last seven years and they appreciate that Michter’s spent the time and money to bring Fort Nelson back to its former glory. That is something I am very proud to have been a part of.

“Definitely the most difficult thing for me was having to delay our opening over the course of the year, but as you can see, it was worth the wait,” says Fugitte. “Quality transcends everything at Michter’s and we just could not open our doors until we were certain we could give each and every guest the best experience possible. I began telling whoever asked that our opening had no age statement. I know my co-workers will not miss hearing that!”

Michter’s has had a distillery in Louisville’s Shively neighborhood since 2014, but public tours were never available there. The plan has always been to have a separate distillery for production and one for visitors – it just took a while to get the visitor center up and running.

“It is wonderful that we now have The Fort Nelson Distillery where people can visit and learn about Michters,” says Pam Heilmann, master distiller. “We will be able to focus on showing everyone all the special efforts and processes we do to make the best quality whiskey possible regardless of cost.”

Distillery tours will showcase the process from fermentation to distilling to barreling – a sort of Cliff’s Notes distillery experience. There’s a sensory lab where tour participants can learn the finer points of organoleptic whiskey appreciation. Guests can also fill their own bottles from a choice of two barrels.

“We have an Atrium on the 2nd floor that overlooks the entire distillery,” says Fugitte. “Guests that may not have time to take a tour can take advantage of that birds eye view and see our three red cypress fermenters hard at work as well as our beautiful copper pot stills originally located at Michter’s Pennsylvania Distillery. Then head to the bar for an amazing cocktail made by one of our incredibly talented bartenders.”

“Michter’s Fort Nelson complements an already thriving downtown full of museums, restaurants and, of course, distilleries. From Peerless to Angel’s Envy and over to Rabbit Hole, we’ve inadvertently created our own “Whiskey Walk”,” continues Fugitte. “We definitely lucked out being so close to the Kentucky Bourbon Trail Welcome Center at the Frazier Museum. In fact, we consider ourselves very lucky to be surrounded by such wonderful neighbors, who have gone out of their way to make us feel welcome.

After all, isn’t that what the Hospitality industry is all about?”

0 comments on “New kid on the block”