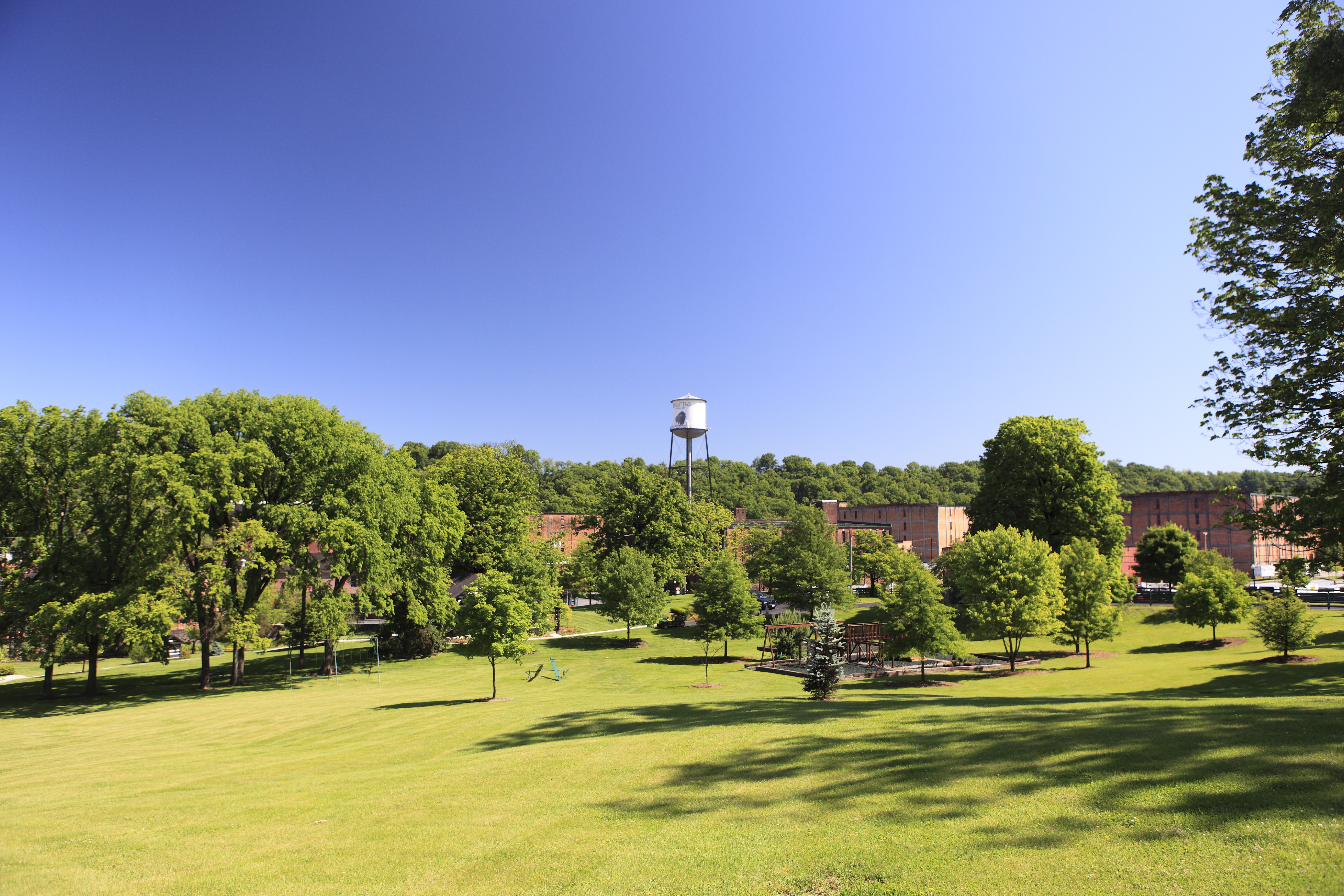 What considerations are distillers taking to safeguard the future

The first thing you need to understand about whiskey is that it’s an agricultural product. It didn’t descend from the heavens in its present form ready to be worshipped, as we all like to imagine. Instead it was developed over time out of necessity as a way to preserve an abundance of crops, then to make that product desirable on the open market. But no matter how popular whiskey becomes it is still tied to the environment in a multitude of ways. Without the environment whiskey cannot be. That’s why there’s a growing movement among distilleries to preserve the environment for future generations – and for the future of whiskey.

Clean water is essential to life – and to Bourbon

“I don’t think people realize how easy it can be to be environmentally friendly,” says Jessica Chen, Bulleit Distilling Company’s site manager. “We’re very cognizant of the water we are pulling from Geist Creek. For Earth Day we did a cleanup event for Geist Creek. Our warehouse design is also built to protect that – with a 6 foot interior wall and a flood gate to hold 2.5 million gallons of liquid inside the warehouse. We also have a 6 million gallon catch basin capable of holding all the liquid on the property or all the water from an extreme 25 year rain event.”

Nearby, Jim Beam has partnered with Bernheim Research Forest and Arboretum to create a natural water sanctuary in hopes of preserving Kentucky’s famous limestone water. Conserving a fresh water supply in such a water-dependent operation is crucial, and Chen and Potter’s sentiment is echoed across Kentucky at Buffalo Trace Distillery.

But it’s not just protecting waterways and conserving the water to be reused again that goes into the water conservation process, as Wheatley alludes to. The heating and cooling that are often applied to the water in the distilling process can be used elsewhere to reduce energy usage.

“We work on designing our systems so they have the most efficient use of water possible,” says Director of environmental health and safety for Brown-Forman, Andy Battjes. “We take what we learn from our other facilities and incorporate that into our newer facilities.

We’re moving away from hand valves to automated valves, for example, so we can control the amount of water we meter in. Water used for cooling picks up some heat, so we use that water elsewhere where that energy can be put to use. Because we do a lot of heating and a lot of cooling, we always try to use it somewhere else in the next process.”

Brian Prewitt, master distiller at A. Smith Bowman in Virginia describes a similar process: “At A. Smith Bowman we are installing recirculated cooling loops on our stills to reduce our water and sewer use. This has the potential to save hundreds of thousands of gallons of water per year when initiated.”

Water is used throughout all parts of the whiskey making process, from the growing of the corn to the mashing to the cooling of the distillate. There’s even water used in the barreling process as well as the bottling process. Every drop is precious.

“We rely on the water and on the forests for trees and our land, so we are very conscious of the environment to make sure we are always doing our best,” says Brown-Forman’s Battjes.

Water conservation and protection is inextricably tied to land conservation, as Battjes points out.

“At Woodford Reserve we had a multi-year partnership with the Nature Conservancy to put in some native plants and grasslands. The intent was to reduce maintenance and landscaping costs with more native and local plants, and also along the creek native plants are much better adapted to reducing pollutants from stormwater runoff,” he says.

Being good stewards of the land and resources

Protecting the land and partnering with farmers is another common theme among distilleries. Many get grains from as close as possible, while others reuse their spent mash in creative ways. Michter’s partners with the local waste management company to compost their spent stillage, and it is then used as a natural fertilizer for the flower beds around Louisville, Kentucky. According to both Denny Potter and Harlan Wheatley their spent grains are provided to farmers for use as livestock feed, a common practice among Kentucky distilleries.

Many distilleries go beyond this, as well. There’s an arboretum at Maker’s Mark full of native species, and you’ll often see a farm-to-table dinner series at places like Woodford Reserve and Buffalo Trace, and Bulleit has a long-term reforestation plan for its brand new distillery site.

Growing the crops that go into your whiskey is an area of particular interest for agricultural science giant Alltech, which grows organic, non-GMO corn for its two Kentucky distilleries, Town Branch and Dueling Barrels.

“As a new distillery we have a really great opportunity not only to make the best Bourbon, but also to do what’s best for the environment,” says Bulleit’s Chen. “For us it’s about sustainability not only from an environmental standpoint but also for our families. It’s all about keeping mindful of what we are doing and how we are doing it. For external site lighting, what we actually did there was to put in solar lighting all throughout the area. That’s one of the smaller things we can do. Our solar array was the first industrial solar arrays in Shelby County.

By incorporating it from the beginning it makes it part of the process. The majority of our stillage is [also] going to a facility that produces biogas.”

At Buffalo Trace, Harlan Wheatley touts the facility’s biogas production and usage, as well. “All of our distillery waste alcohol is utilized for energy. We utilize efficient and clean natural gas boilers. Buffalo Trace Distillery is a certified Organic production facility”

There are also many distilleries starting to look up and see cost savings – by replacing incandescent and fluorescent lighting with much more efficient LED lighting.

“We are always looking at our older processes to see what improvements we can make as technology improves,” says Brown-Forman’s Battjes. “There are a lot of simple things, like electrical efficiencies such as LEDs, which are more efficient and easier to control. As we build new spaces or retrofit old spaces, we take steps to make sure we design these things into those spaces.”

What’s more, in 2012 Brown-Forman set target benchmarks for energy efficiency, one of which was to reduce greenhouse gas emissions by 15 per cent worldwide regardless of growth. They put a solar array at their winery in California, but they also have plans for wind power in the heart of Bourbon Country.

“On a larger scale toward the beginning of the year we announced a purchasing contract that is going to provide us with power from a wind farm in Kansas. That’s one of the larger steps we are taking to reduce our energy use.

We’re always striving to do better. That’s part of what makes us Brown-Forman,” Battjes says.

Waste reduction on a large scale is another way to make a huge impact on the environment. Most distilleries recycle things like glass and plastic. Even something as simple as switching from plastic tasting cups to reusable glasses can make a major impact.

“At A. Smith Bowman and Buffalo Trace we’ve switched from plastic tasting glasses to glass to reduce single use plastic waste, among other reasons,” says Wheatley. “By the way, at Buffalo Trace Distillery we saw 215,000 visitors in the last fiscal year, which ended June 30. If each visitor takes their standard two complimentary tastings, that’s 430,000 glass tasting glasses that get used over plastic ones!”

At Bulleit there was a benchmark to have zero landfill waste by 2020, and by partnering with local recycling companies they have already reached that benchmark.

Large scale efforts pay off for everyone

Distilleries depend on clean air, water, and soil for their products, so environmental efforts are as much about self-preservation as anything. But they also recognize that their efforts on such a large scale can make a positive impact on their communities, consumers, and families, reaching far beyond the industry well into the future.

0 comments on “The future of whiskey”