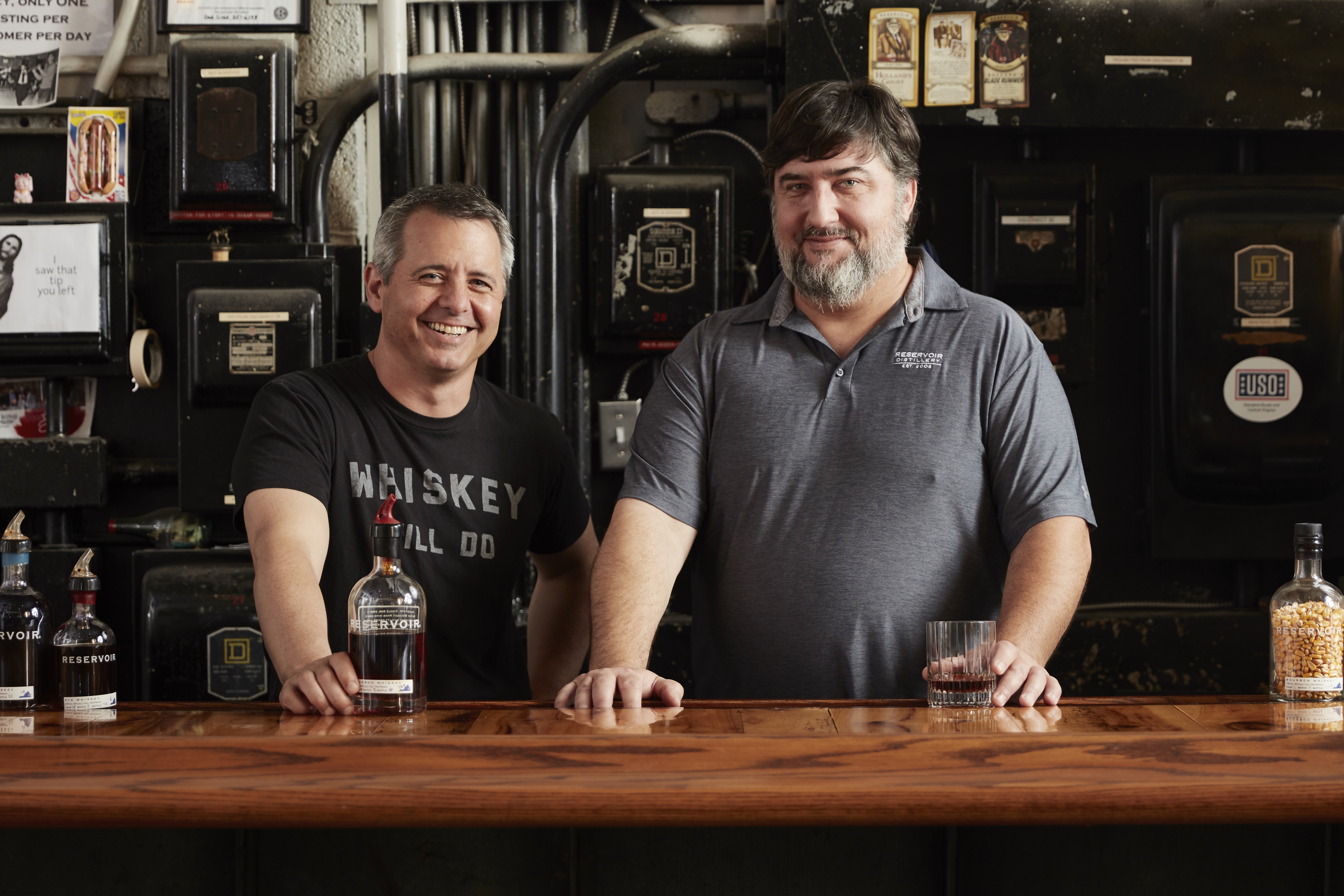 In the latest instalment of our interview series, we caught up with Dave Cuttino, co-founder and general manager at Reservoir Distillery. The brand is shaking up the way we see the whiskey world, while also honoring its Southern heritage on a mission to create its own traditions. We find out how they’re faring 10 years into their journey.

American Whiskey Mag (AWM): Firstly, it would be great to discuss the concept of ‘creating your own tradition’ – how did this first come about and was it the idea that Reservoir Distillery was founded upon?

Dave Cuttino (DC): When Jay and I first started Reservoir, we knew we wanted to honor our southern heritage, but we also wanted to shake up preconceived notions of the whiskey world. For us that meant, quality over quantity and creating products like no one else in the industry. That’s why our three founding bottles are single grains – 100 per cent wheat whiskey, 100 per cent corn bourbon and 100 per cent rye whiskey.

The idea of ‘creating your own tradition’ is really an extension of the fact that no two people have the same palate and, the whiskey I love may not be the exact one you love. We want our fans to blend, create and customize to suit their individual taste. That’s the beauty of our core products and their ability to inspire people to create their own tradition.

AWM: How do you think the brand is faring in a market so heavily saturated by companies that have been around for decades?

DC: There are a lot of companies that have been around for decades – those guys are producing more than 2 million bottles a year. As a craft distillery, Reservoir simply isn’t that – we’re producing just over 50,000 bottles this year. From a quality and flavor profile, we’ll go head-to-head with them any day (we took home a double gold in San Francisco) but we really don’t consider “those” guys our competition.

To answer your question, as a brand, Reservoir is still growing in awareness and distribution. We don’t have the awareness as the big boys that have been around for generations. And that’s ok – it still feels incredible when someone sends us a note saying they just discovered one of our products and they love it.

Ten years in, we’re exactly where we want to be – expanding in the US, UK and just launching in Germany. For people who know about us, they seek us out. We’ve even seen our products trading as far away Hong Kong and New Zealand that’s exciting and very flattering.

AWM: You primarily specialize in quarter casks – what has this meant for you in terms of processes and why was this decision made?

DC: The decision to use quarter casks was made early on in the founding of Reservoir, we would never source any product, ever. When working with quarter casks you have to distill a certain way in order for it to mature right. Getting the oak component is just one aspect of the aging process, the whiskey has to mature as well and that is very dependent on what distillate you put in them. Having so many barrels of varying sizes has created a mad scientist rickhouse that we have at our disposal to play with.  It’s one of the things that sets us apart and 10 years later, that decision has served us very well – it’s allowed us to stay to true to the small-batch, hand-crafted process of Reservoir.

AWM: Could you tell us a little more about the use of custom alligator char in your barrels?

DC: Alligator char has actually been around a long time. If you follow the numbering system for chars, an alligator would be a #5 or #6 whereas most whiskey barrels are #2 or #3.  The char is so deep that the wood embers up and when it cools it looks like alligator skin.  It’s one of the unique aspects of our process that puts all of our expressions way out on the edge of the oak spectrum in flavor.

AWM: Could you tell us a little about your collaborations with vineyards and rum makers etc.?

DC: One of the significant benefits of being a small craft distillery is our ability to innovate and collaborate. Some of our most popular limited releases have come from products we’ve finished in stout barrels (Holland’s Ghost), milk stout barrels (Holland’s Milk Man), rum casks (Holland’s Blade Rummer) or our Maison de Cuivre which is our 100 per cent corn Bourbon finished in a Burgundy wine cask. And, since we can only use our barrels once, we’ve had many breweries request our barrels for aging beer. We even recently launched a Cherry Manhattan ice cream sandwich with Nightingale Ice Cream Sandwiches that includes cherries soaked in one of our bourbon casks – the possibilities are endless!

AWM: What would you say your approach is when it comes to creating new expressions?

DC: Always experiment and listen to your customers but most definitely slow and steady wins the race. And, of course the best part sample, sample, sample!

AWM: Lastly, are there any projects you are working on currently or in the pipeline that you would like to share with us?

DC: We’ve just released a second addition to our Hunter & Scott line – it’s a Rye. Its 67 per cent Rye and 33 per cent Wheat, all Virginia grown and vatted using Reservoir’s single grain mash bills. Rye is a spicy grain that is sharp around the edges with a shortstop finish and that wheat on top rounds out the sharp edges and adds a nice long tail. Beautiful combination.  It’s one of my favorite ways to enjoy the founding bottles for years now.