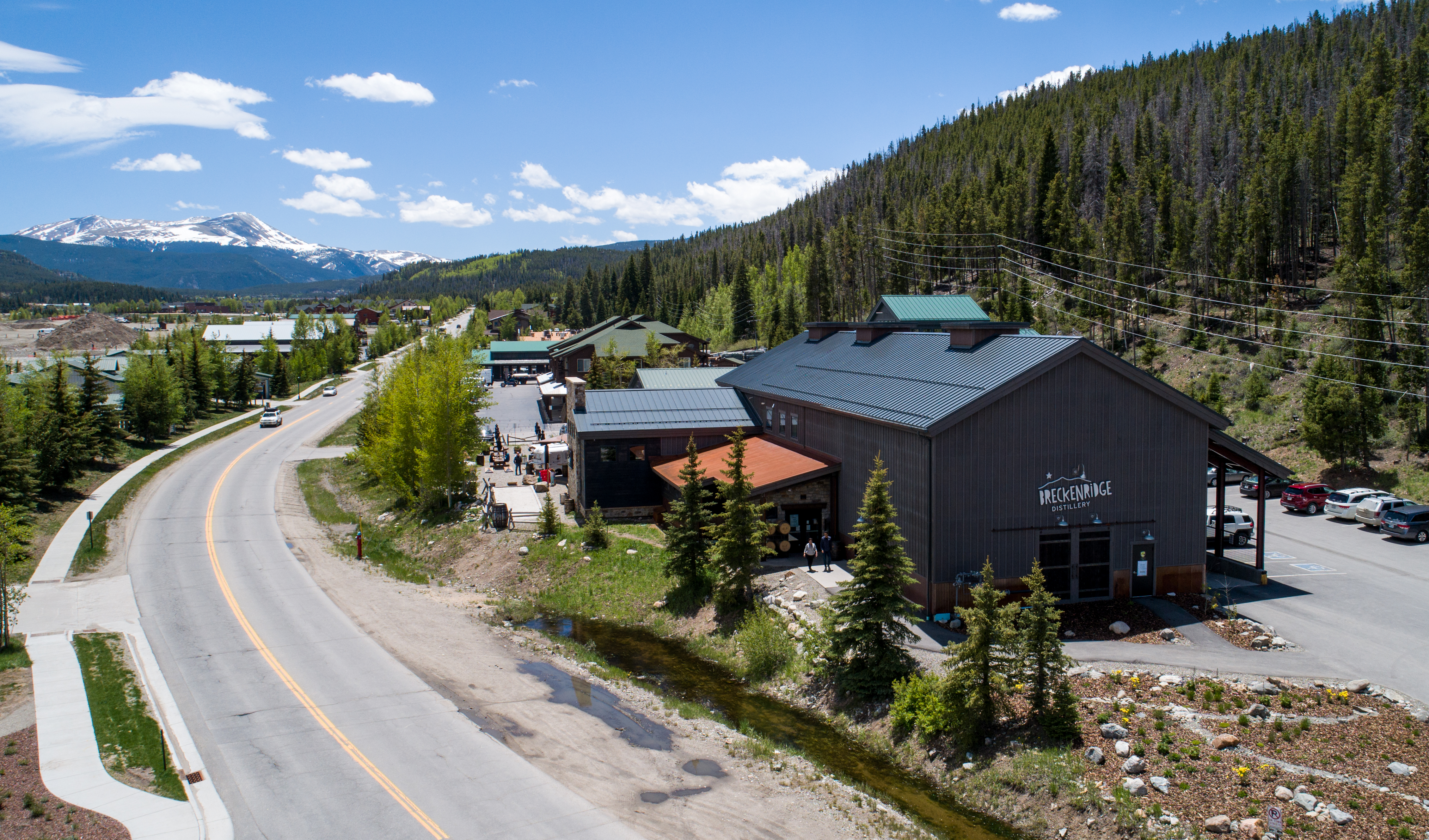 What do art and whiskey have to do with each other? Probably more than you might imagine. It takes a fair amount of inspiration and drive to create either, especially if you are starting from the ground up. At Breckenridge Distillery in Breckenridge, Colorado, the drive toward creativity led first to a distillery in 2008 and then to a collaboration with an artist in 2019.

“As a busy and successful doctor, I didn’t have plans to enter a new career,” says Bryan Nolt, founder/CEO of Breckenridge Distillery. “But, I had this overwhelming passion for whiskey that kept building until I finally had to unleash it. I was fishing at Mohawk Lakes with my friend, Scott, an ER doc from Vail. We Were in the water all day and caught more trout than I could count. I had just come back from Scotland. The whole day, Scott was complaining about medicine and he was looking for an exit. I was talking about whiskey all day and how much i loved it. We drank a bottle of stupidly expensive wine as we listened to an opera singer’s voice bounce off the mountains surrounding us, and the light went on. It’s a rare moment when you decide to start a distillery standing at 12,073 feet. I’m here for the water. Our water source comes from snow melting off the continental divide and permeating through the mountains. Its purity, high mineral and low iron content pairs magically with ethanol and lends a mouthfeel that I haven’t found anywhere else. Anything that doesn’t melt we get to ski on.”

In addition to being a doctor and building a distillery, Nolt is an avid art collector.

“I’m lucky to do something I really love every day,” Nolt says. “Previously established in a career that most people don’t leave (medicine), I founded BD purely out of passion for Whiskey, and that excitement has only intensified over the years as the distillery has grown. If you spend a little time at the distillery you’ll quickly notice my art collection hogging entire walls of the facility.”

For Nolt, the idea of blending whiskey and art came not only from his passion for both, but also from his idea that blending whiskey and blending paint to create art share similar processes. He partnered with an artist named Detour in nearby Denver, Colorado for an audacious project – a mural on a series of barrels that will be on display at the distillery before being sold as a single barrel bottling of the individual barrels. And yes, there’s nearly matured whiskey in the barrels.

“I think the artistry of making and blending whiskey parallels the passion of artists like Detour and the splendor his works deliver,” says Nolt. “This collaboration is simply about evoking those emotions through graffiti and the artistry of Whiskey.”

“My philosophy with putting art on various platforms is all about trying to compose a piece that lends itself to amplify that platform,” says Detour. “So for the barrels, creating a composition that has large color blocks but also relates to the actual subject matter of Breckenridge and the mountains. It can give you more of an attachment to that mountain theme.”

Detour has already been working on this project for some time and will be finishing the mural on July 30th. After that the barrels will be transferred to the distillery, where they will be on display for a few months before being bottled. Each barrel will be bottled as a single barrel and the barrel will be sent along with the bottling, both of which will be adorned with Detour’s art work. Single barrels will go to select retailers for purchase by consumers starting in October.

Visitors will have a short opportunity to see the work as a whole at the distillery before the barrels are bottled in October.

“Detour’s art will be on display in Breckenridge, in the Grand Barrel Room Aug. 1-Aug. 30,” says Jessie Unruh, marketing manager at the Breckenridge Distillery. “What makes this piece so special is how it represents the story between to passionate artists, one whose creative mind drives him to blend whiskey and the other who finds his drive through color. Our industry is closely tied to art in a different way and it has been interesting to dive into the storyline of Bryan Nolt’s passion for blending whiskey and the art of blending color.”

If going through the process of creating art both in the form of pain and in the form of whiskey only to sell it off seems strange, consider this: both are created for the enjoyment of others, not to hide or to hoard.

“The Bourbon whiskey inside the bottle is truly special to us,” Unruh continues. “It is 100 per cent grain-to-bottle, Colorado crafted spirit, meaning that we have produced this spirit in house using the highest quality of barrels, harvesting grains from our own fields in Burlington, CO and Loveland, CO, and ageing this Bourbon whiskey in our Grand Barrel Room. To top off our process, we repurpose our grains for cattle feed, shipped to local Colorado Farmers. The art that will be displayed on the bottle represents that tie between the art of blending whiskey and the art of blending color and that is expressed as you peer into the back of the bottle and through the whiskey.”

“The Breckenridge Distillery is located in the bustling ski town of Breckenridge, Colorado and is one of the highest distilleries in the world,” continues Unruh. “Widely known for their blended Bourbon whiskey, one of the most awarded craft Bourbons, Breck Distillery offers more than just award-winning spirits, it provides an experience. Guests can experience a complimentary journey into the inner workings of the Distillery’s production facility, see and smell 100’s of aging barrels and taste award-winning spirits. The Distillery has two locations. The Breckenridge Distillery houses their production facility, retail shop and restaurant and the Main Street Tasting Room, located in the heart of downtown Breckenridge, has tastings and gifts available.”

3 comments on “Whiskey and Art at Breckenridge Distillery”