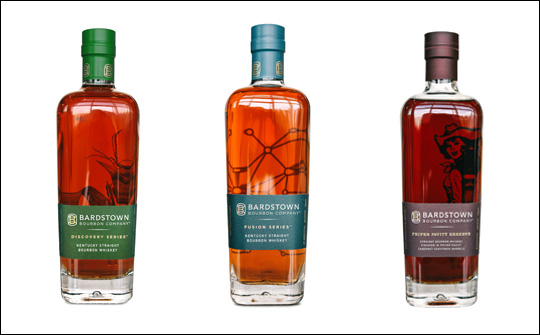 Bardstown Bourbon Company has recently announced that it is rolling out products in major markets that include California, Florida, Illinois, Indiana and Tennessee, as well as its home state, Kentucky.

Since 2016, the Bardstown Bourbon Company has been establishing credibility through its Collaborative Distilling Program and has launched the Collaborative Series Phifer Pavitt Reserve, Discovery Series #1 and Fusion Series #1, their first Kentucky straight Bourbon.

During the past three years, the company has been responsible for producing more than 40 mash bills, used by 24 whiskey and Bourbon brands worldwide.

“We’re excited to bring our creativity and innovation to the market,” says Bardstown Bourbon Company president and CEO, David Mandell. “Our brand rollout schedule is focused primarily on developing the markets around Kentucky that account for more than 50 per cent of the visitors to the Kentucky Bourbon Trail.”

A blend of four Kentucky straight Bourbons, aged between five and 13 years.

This BBC estate-made Bourbon has been created using two-year-old wheat and high-rye Bourbon, blended with an 11-year-old sourced Kentucky Bourbon.

Next year Bardstown Bourbon Company plans to move into additional markets, including Colorado, Maryland, Nevada, Ohio, Texas and Washington D.C. However, at present their products are available in Kentucky and Indiana via the Republic National Distributing Company; California and Florida via the Southern Glazers Wine and Spirts; Nashville and Central Tennessee through Ajax Turner Distributing Company; and lastly Illinois via Momentum Beverage Team.

For those based outside of these markets, Bardstown Bourbon Company products are available through the brand’s e-commerce partner, ReserveBar.