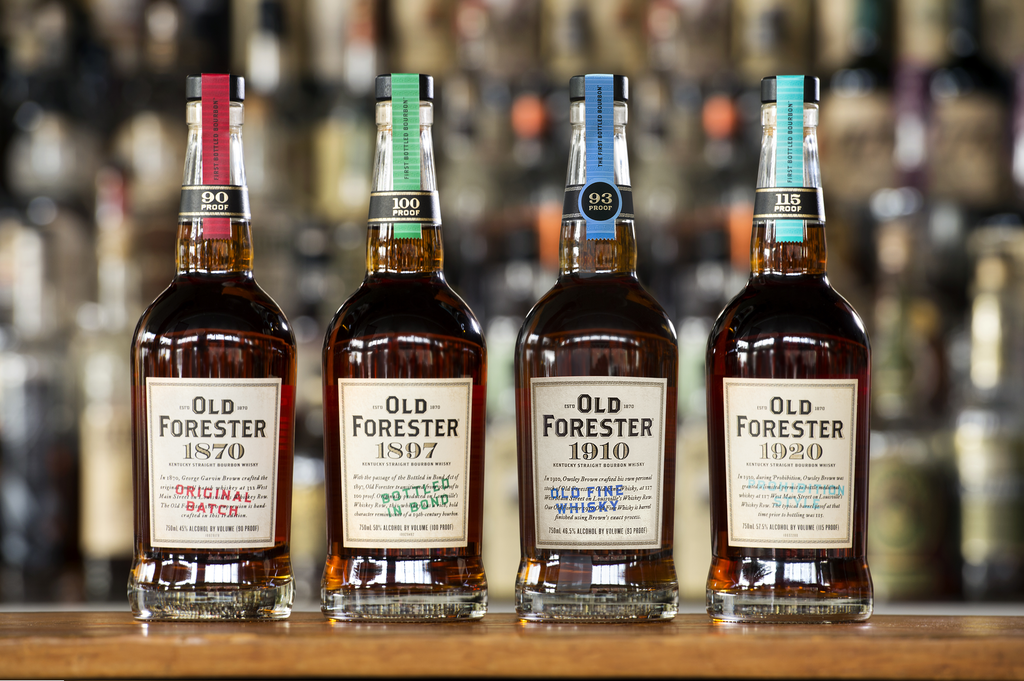 After the original release sold out in just two months, Old Forester’s fastest selling Whiskey Row Series expression is returning to shelves. The fourth and final Bourbon in the series, 1910 Old Fine Whisky, is set to surpass expectations again after the distillery in Louisville, Kentucky has worked quickly to re-release the expression.

The double-barrelled expression has many unique factors involved in its creation, and the Brown-Forman Cooperage had to shift resources in order to focus on the secondary aging of the 1910 Old Fine Whisky.

“Sales for the first release of our 1910 Old Fine Whisky blew us away – we were thrilled to see how much bourbon drinkers loved the flavors and the story behind 1910,” said Campbell Brown, Old Forester president and great-great grandson of founder, George Garvin Brown.

“1910 is the latest expression in our Whiskey Row Series to be embraced by whisky drinkers, and we’ve been impressed by the success of the entire series. We are proud to bring our history to life through the series, and are excited by the way bourbon lovers are really connecting with the true stories behind each expression.”

In the same manner as all of the expressions in the Whiskey Row Series, 1910 Old Fine tells the story of part of Old Forester’s history, the point in time when the distillery suffered a fire that shut down the bottling line. After the fire, the whiskey that had been ready for bottling needed to be stored in a second barrel until the bottling line was repaired and the resulting liquid is what is today known as double-barrelled whiskey.

The aging process behind Old Forester’s 1910 Old Fine Whisky is unique, aged in a second, custom-made and heavily charred barrel, which gives the expression its smooth and chocolatey taste.

“The inspiration for each expression in our Whiskey Row Series comes from special moments in Old Forester’s nearly 150-year history, and the story behind 1910, the first documented double-barrelled Bourbon, is one for the books,” said Jackie Zykan, Old Forester master taster. “Today’s iteration gives a nod to that moment in our history, and has an exceptionally rich, chocolatey flavor profile that makes for a very smooth Bourbon. It’s easy to see why so many Bourbon drinkers have fallen hard for it!”

The re-release of Old Forester 1910 Old Fine Whisky hits shelves starting this week with a suggested retail price of $55. To discover where the 1910 re-release is available, check out OldForester.comfor a retailer near you.