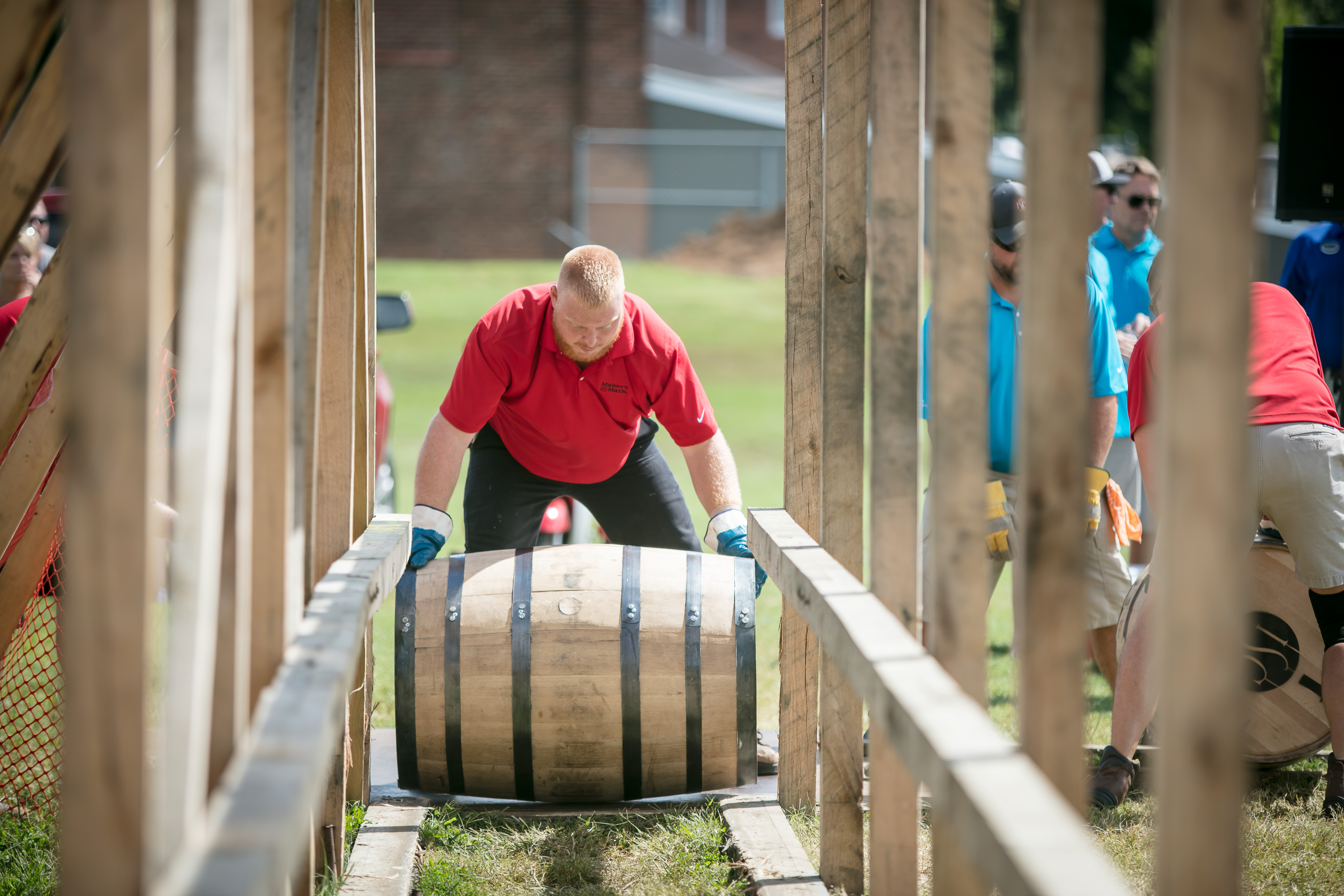 It’s unbelievable that it has been a year since the last one, but the KBF remains the go-to event in the whiskey calendar

When The Kentucky Bourbon Festival began 27 years ago, it was just a dinner for master distillers and industry insiders on a golf course. Over the years it has grown to include more than 40 events, some free and some ticketed, designed to attract visitors from all over the world. Everyone seems to have a favorite event, and whether you are brand new to Bourbon or you have a bottle collection that would make a master distiller blush, there’s something for everyone at the Kentucky Bourbon Festival in Bardstown, Kentucky.

The Great Bourbon Barrel Relay: the fastest event at the KBF

If you’ve ever been to a Kentucky distillery in the spring or summertime, chances are you have seen a square track between a couple of rickhouses where the employees practice for the Bourbon Barrel Relay.

It’s highly competitive and lots of fun to watch, being able to rick barrels with speed and precision is a point of great pride among distillery workers. If you get a barrel into a rick lopsided it could fall out, while if you get the bung into the wrong position it could leak. It’s a practical skill that also makes for a great competition.

“Usually, the setter will start the team run,” says Heaven Hill’s Bettye Jo Boone, maintenance technician. “There are 10 barrels in a set. The setter clocks the barrels at entry of the rick, to become bung-up at the end of the rick. Each barrel weighs more than 500 pounds, fresh filled full of water.  The rick person is second person in the run. My position is ‘working the rick’ or ‘rick person’. My job is to make sure the setter does not have to reach for a barrel. I feed them to her consecutively in a ‘no time to waste’ manner. As soon as she lets go of the first barrel, she turns and I roll the next barrel into her hands. Then I run to the rick, watching closely to the bottom rail, and push the barrel to the end and then back to the setter to feed another barrel into her hands. Sometimes a barrel will drop off the rail in the rick and my job is to get it back into play. I have to jump in the rick, work some magic on that 500-plus pound barrel, get it off the ground and back on the rail. It does not happen often, but it did happen on our 2013 sweep. The third person on the run is the ‘corner’ and this person has to catch the barrels from one run, make the corner, turn to another run and kick the barrel to me. The last person sends seven barrels, each being kicked to the corner person as fast as she can, hopefully with no drop-offs. After the last barrel, she runs to the rick to make sure they are all back and none catch on a post.”

Rain or shine, this competition goes on as long as it’s safe to do so.

In the past few years, the Kentucky Bourbon Festival has grown to include more events than the original ones, it now comprises the Bourbon Barrel Relay, Bourbon Boulevard, and the black-tie gala. Bourbon Boulevard has long been a way for distilleries to showcase their creativity in the form of tiny versions of their visitor experiences built on the lawn of Spalding Hall in Bardstown. But now you can take continuing education classes from Stave & Thief, cocktail classes hosted by the distilleries, and more.

A new feature last year was entry to the public for the Kentucky Bourbon Festival Hall of Fame awards ceremony, which has traditionally been closed to the public. Also just a few years old is the Bottled in Bond Fire, opposite the gala for folks who aren’t into black tie. Bourbon, Cigars & Jazz is a popular event for the cigar lovers. The Oscar Getz Museum Master Distiller’s Auction to raise money for the care and upkeep of the museum is now officially part of the KBF, and there you can find treasures ranging from rare bottles of whiskey to decanters from the museum’s collection up for auction.

“The KDA sponsors the Kentucky Bourbon All-star Sampler every year at the Festival,” says Kentucky Distillers Association director of member and public relations Colleen Thomas. “It is such a great event as it brings master distillers and Bourbon barons together with their biggest fans.

“Guests can discuss their favorite brands and experience new selections with the men and women who create the best Bourbon whiskey on the planet. The generous, laidback hospitality of the event truly embodies Kentucky Bourbon culture.”

Whether you want to attend a formal or cocktail attire event or just eat some fair food while meandering around the lawn of Spalding Hall checking things out, there is something for everyone.

Why Wouldn’t You Go?

While there are other whiskey festivals, some probably closer to you geographically, if you love Kentucky Bourbon you owe it to yourself to visit the original festival celebrating Kentucky’s Native Spirit.

“It is the true, authentic Kentucky Bourbon experience,” says Bardstown-Nelson County Tourism Commission executive director, Mike Mangeot. “Guests can visit our historic distilleries, taste their legendary Bourbons and enjoy true southern hospitality in the ‘Most Beautiful Small Town in America and Bourbon Capital of the World’. KBF started long before the current Bourbon boom took off, as a way to celebrate all things Bourbon. It is the Granddaddy of all Bourbon Festivals and if you’re a Bourbon fan you should experience it at least once in your life.”

0 comments on “The Heart of Celebration”