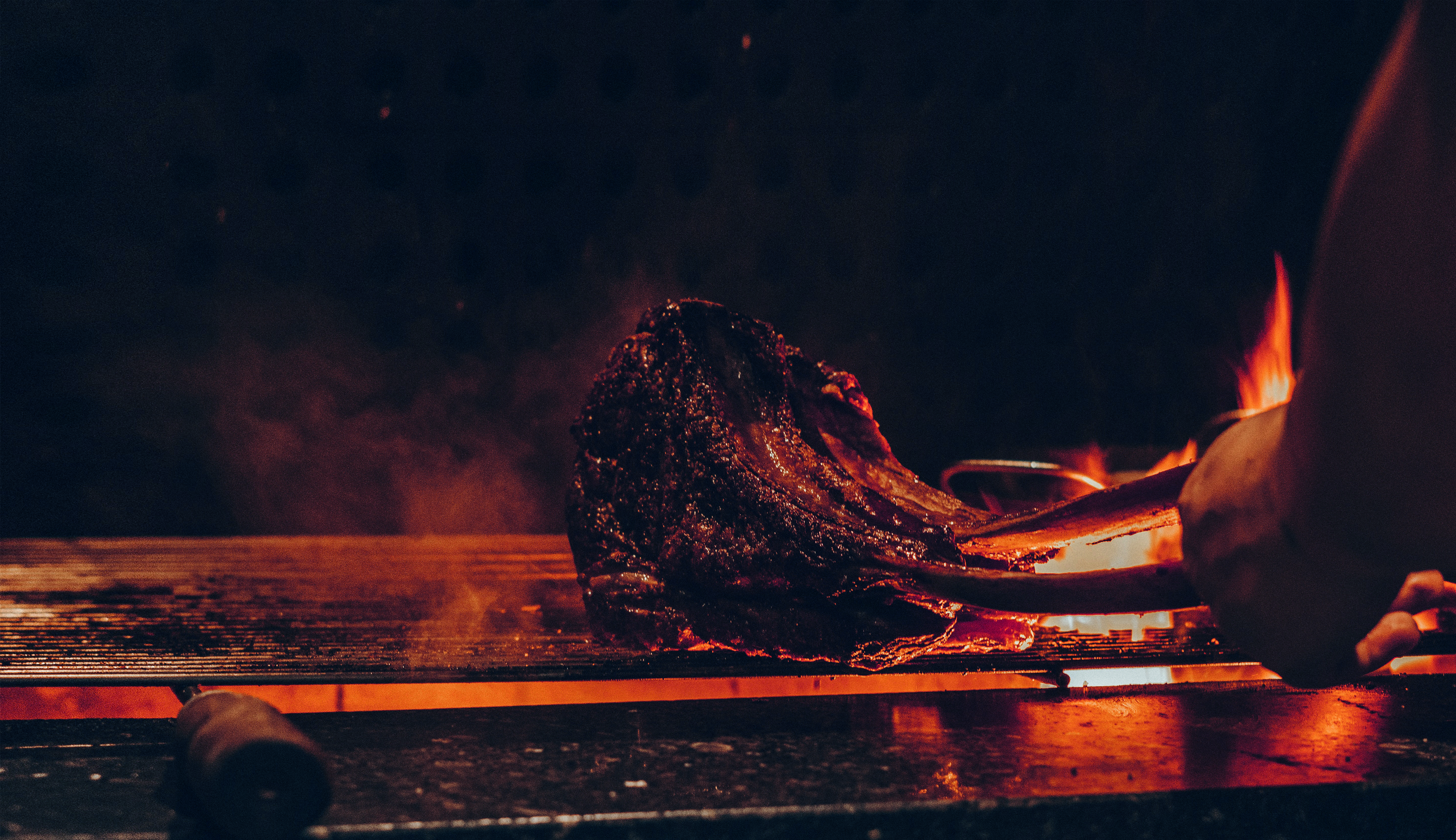 Our lady of the grill gives us her ultimate Bourbon marinades

Fire up the grill! Me: Did you put a marinade on the steaks? Husband: I added salt and pepper. Me: that’s not a marinade, grab the Bourbon.

The naked truth about meat is that sometimes it truly is tasty to just pull the earthy flavors out and not over-marinate.  I’ve had steaks that were drowning in a sauce that all that was revealed is, well… the sauce. What a pity on that costly cut to overdose on sauce and waste the meat.

I believe that there are about nine million, not that I am counting, marinade bottles at the grocery store to choose from, but not all contain Bourbon, or the freshest ingredients. That’s why my preference is always to make a homemade marinade and of course choose my closest culinary friend, Bourbon to come and assist me.

What does Bourbon add to a marinade? Depending on the style and what you wish to accent in flavors, Bourbon (and rye) can add a spike of spice and grain-forward accent, but the common denominator to them all is that it will aid in caramelizing your meat. Any great griller desires that gorgeous outer layer of glaze and char layers and because of the rich vanilla and caramelized wood sugars in Bourbon, it achieves just that! You reach a sweet and savory combo that reveals an earthy, yet decadent texture. Sounds like I just described a tasting of Bourbon.

Oh, and I don’t do cheaper whiskey for my marinades. Just like the great chefs who cook with the best olive oils and ingredients, buy good Bourbon (there is no bad Bourbon, but you get the gist). It will add to the flavor quality in the end.

When you delineate the flavor of the Bourbon, it is at that point you can dial up, or down, other seasonings in your marinade to compliment or elevate flavors. Here are a few tips and some of my favorite Bourbons to use in a marinade.

Selecting a cut of meat: The purpose of marinades is to raise the flavor and tenderize the meat. Low-fat cuts are best for marinating, a few of my favorites in this category would be hangar steaks, sirloin, or flank steak.

Cuts like rib eye, T-bone and filet mignon are more quality and do not require a tremendous amount of marinating.

Always pat the meat dry before you season, a soft coating of salt helps to tenderize the meat, but I prefer to pierce the meat to allow for further tenderizing, but it also helps some of the marinade to soak into that precision-carved steak.

A brush of oil is helpful so that the meat will not stick to the grill, but just remember that too much oil in your marinade and it will cause it to flame with a little too much vibrance and char in a negative way. I choose to marinate for 20 minutes at room temperature and you can brush on periodically during the cooking process, if need be.

Grilling tips: Lay the meat down on the grill and do not move it until grill lines appear.  This is where you see the caramelization on the surface.

Use high heat on that first lay down and it will sear the meat and trap the juices.

Go for broke with smoke – Bourbon gains its color and flavor from aging in charred
oak barrels.

Bourbon barrel staves and chips can be found to ‘assist’ with adding an even smokier flavor to your meats during grilling.

Pull that same Bourbon used to marinade and pour a glass alongside of your finished steak, a match made in heaven, my friend.  You just can’t do better than that, sorry snobby wine folks.

If your sippin’ while you’re grillin’, it makes a great warm-up for your dinner drink!

The following recipes are from Chef Peden Rucker, the culinary director for Patrick Properties Hospitality Group in Charleston.

“If I’m going to cook beef like flank steak, I will make a marinade and let it soak for at least an hour,” says chef Rucker.

Combine all ingredients and whisk in a bowl. Add steak or chicken and let marinade for at least 1 hour or up to 12 hours.

Combine the Bourbon, apple cider vinegar, brown sugar, water, cherries and orange peels. Bring to a boil. Simmer for 8-10 minutes or until it thickens, but don’t reduce it too much. Remove and discard the orange peels.