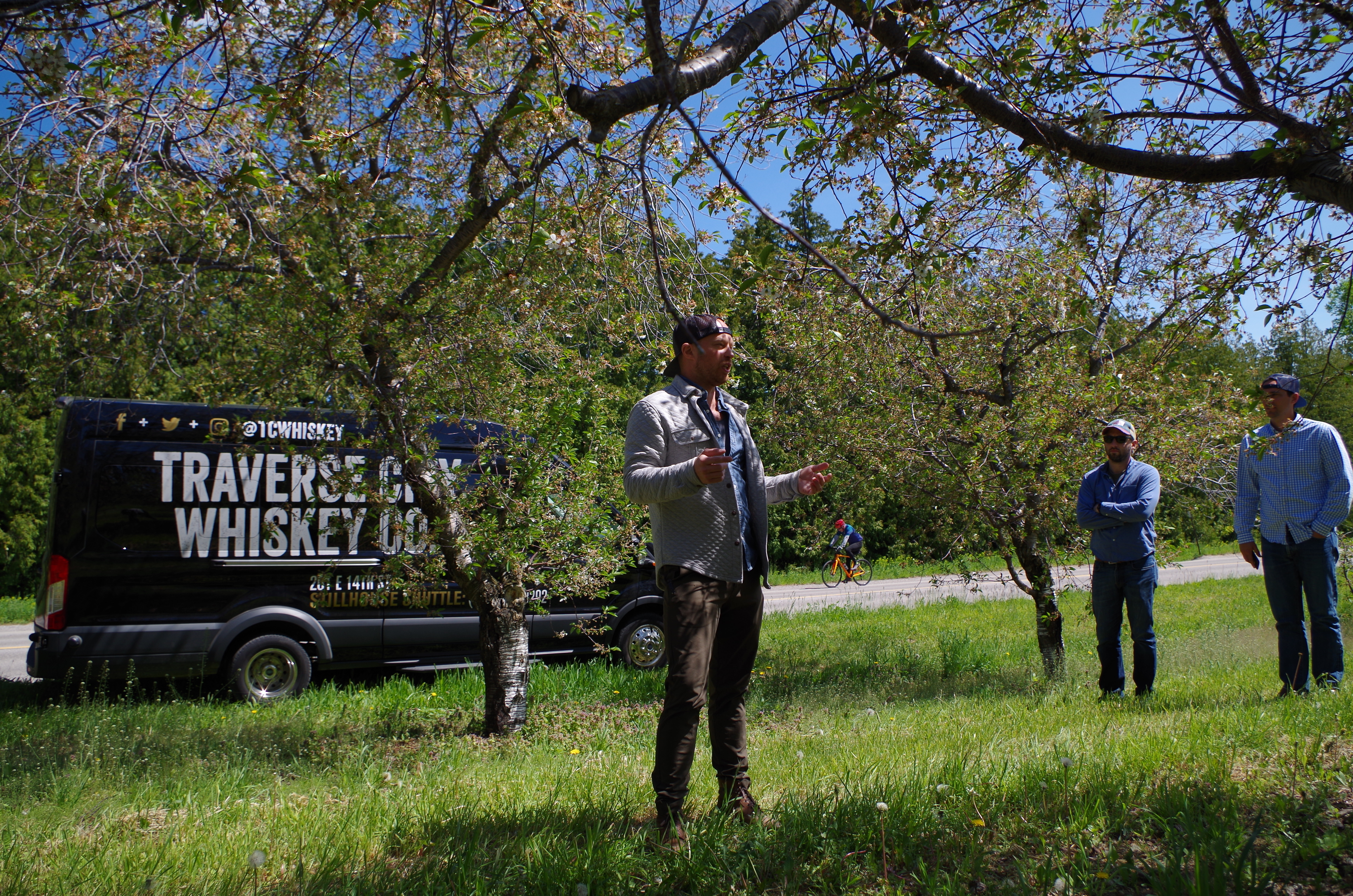 From just 20 barrels to a massive distillery in seven years

Traverse City Whiskey Company has grown from its beginnings sourcing 20 barrels of Bourbon from MGP in 2012, to breaking ground on a third facility in Traverse City this year. The Traverse City Whiskey Co. Bourbon won Best Small Batch Bourbon at the 2019 San Francisco World Spirits Competition, accelerating demand for the distillery’s single barrels, both sourced and their own distillate. In just seven years these business partners have gone from thinking maybe 20 barrels was too much of a commitment, to building a massive distillery on the outskirts of town.

Traverse City is seen by many as a summertime vacation destination and, in fact, the numbers support this, the regular population of the city is around 15,000, while the height of tourism, the National Cherry Festival, draws as many as 500,000 visitors. People go for the cherry-blossom lined streets, it’s the tart cherry capital of the United States, and the turquoise waters of Lake Michigan, but there’s also a growing demand for brewery, winery, and distillery tourism in the area, and Traverse City Whiskey Co. is leading the charge.

“In 2011, my father and I found a pair of distilling patents that my great-grandfather had during Prohibition,” says Traverse City Whiskey Co. co-founder, Chris Fredrickson. “They weren’t for a recipe, but rather for distilling techniques. I shared these patents with my business partners over whiskey one night – we talked about them and our passion for Bourbon. We were all kinds of unhappy with our current jobs and we thought we were on to something special, but what we were really looking for was a distraction to chase a passion.”

Apprehension soon turned to inspiration for the trio, which also included Moti Goldring and Jared Rapp.

“We were introduced to MGP and bought a set of 20 Bourbon barrels,” explains Fredrickson. “We thought we would just get our permits, buy these barrels of four year old Bourbon, and see what happens. Within about a year we had the barrels on site and were contract bottling in Michigan. We sold our first bottle in July of 2012. Shortly after that the market told us we were on to something and suddenly those 20 barrels didn’t seem so big. So we bought 20 more.”

It didn’t take long for success to begin to take hold.

“By the end of 2013 we’d quit our full-time jobs, bought our first building and had a down payment on our distilling equipment,” he says. “We bought the Kothe still from Germany and we just kind of figured it out, it was online by late 2014. We had a sign hanging up saying we would open in the spring of 2014, but we ended up opening in the spring of 2015. That sign is a constant, humbling reminder of the need for patience and the challenges every distillery faces.”

The biggest challenge was that no one was doing this in the city and the city government didn’t quite know what to do.

“Part of the challenge was education,” Fredrickson explains.

But the trio had the mentality of, ‘if you build it, they will come,’ and soon the first distillery was overflowing, both with whiskey and with visitors. A second, larger facility was opened for office space, barrel storage, bottling, and more, while distilling was still taking place at the first site, but they quickly outgrew that space. Now they are the proud owners of a decommissioned cherry packing facility on the outskirts of town, next door to a picturesque winery. The new facility will house massive stills, barrel storage, mashing tubs, and what will basically be the entire production facility for Traverse City Whiskey Co., including a visitor experience and a lodge for guests.

While Bourbon and rye are still the main focus, the cocktail cherries and cherry whiskey pull in the local culture, while the 100 per cent rye whiskey showcases the company’s skills and commitment to working authentically while still being individual.

“We started looking for an opportunity to distil something that is a little more unique, so we started distilling rye,” Fredrickson says. “When you make Bourbon, you have a very ‘set it and forget it’ mentality. Rye is similar as long as there are other grains involved. But when you make rye, you introduce synthetic enzymes and have to monitor the whole process closely. It’s very tricky to work with. The cherry whiskey was one obvious avenue for us to stand out, but the 100 per cent rye whiskey was another great way for us to showcase our talent.”

TC1, as the first facility is now called, has been transformed into a cocktail and whiskey bar for visitors to enjoy the Traverse City Whiskey Co.’s wares. Distillation is still taking place there in the cooler months but will soon be moved over to the new, larger facility once construction has finished. In the meantime, this is definitely a craft distillery to watch.