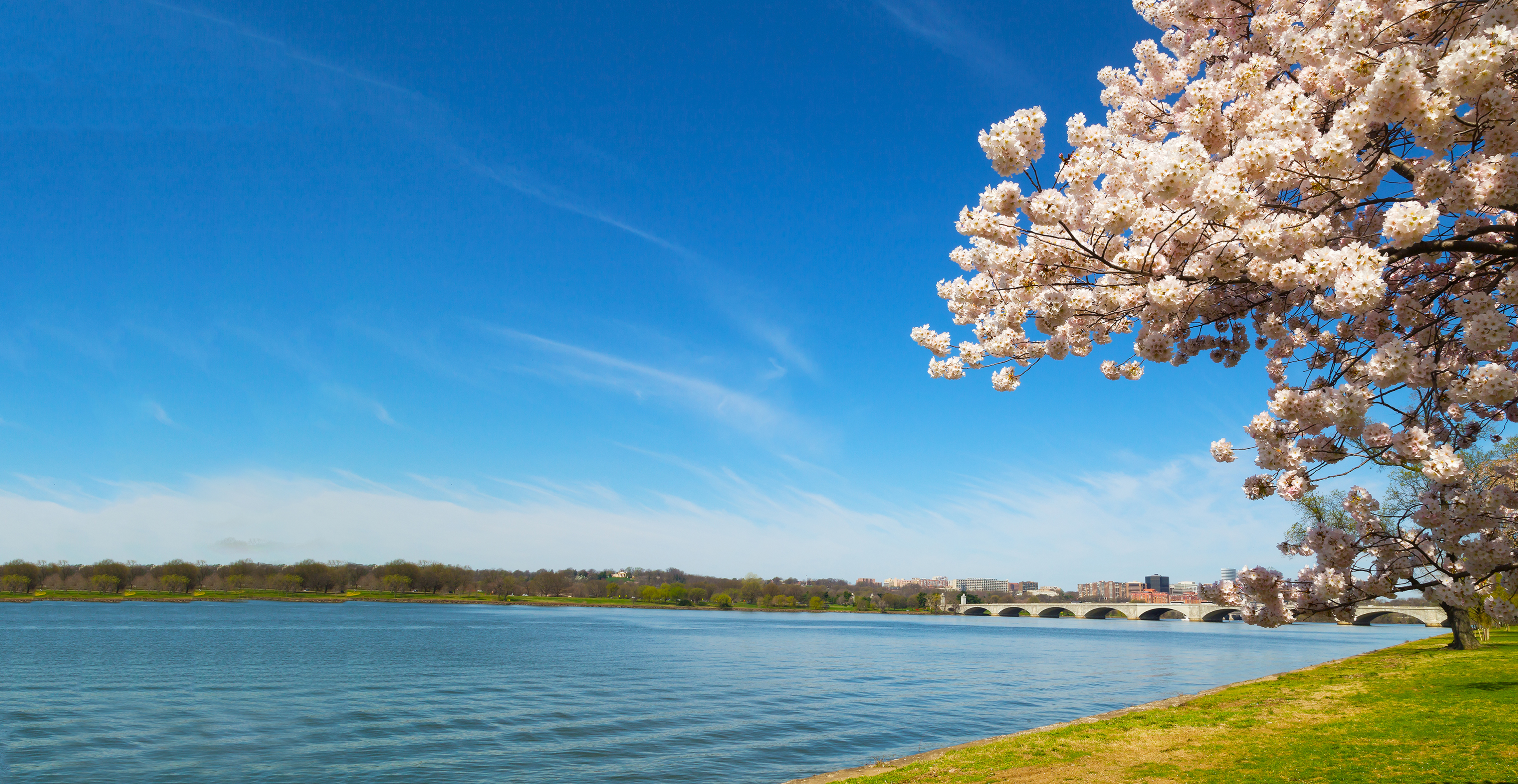 Our correspondent heads across state lines in search of pairings

The Potomac River flows through American’s capital, past the iconic tidal basin, ringed by museums and monuments, and the perennially optimistic cherry trees. Close by are the gleaming edifices, the blocks of granite, cold or comforting, intimidating or inspiring depending on your business there. Radiating north, south and west from federal zone are the wealthy towns, suburbs, and farther still, the farmlands.

Nature does not suffer human contrivances, instead it plants mountains, hills, valleys and forests, brooks and streams where she will. Criss-crossing the great river are its tributaries, no respecters of surveyed boundaries. Catoctin Creek, just as many other waterways, defiantly violates the state lines of Maryland and Virginia. Beyond the beltway, journeying an hour or two away from the noise that inundates our newsfeeds, are those pursuing lives a bit more connected to the land. They cultivate modest edibles on backyard plots and grain on larger swathes of acreage, independent and unyielding to the conglomerates that industrialize crops and animals and ourselves. Here is where those in quest of regional terroir in Maryland, Virginia and D. C. can find ingredients for their distillates.

Just an hour west of Washington, the Catoctin Creek Distilling Company of Purcellville, Virginia was founded in 2009 by owners Becky Harris, a chemical engineer and the chief distiller, and her husband, Scott Harris, the general manager. From the earliest days of the republic, small farms turned to distilling their unconsumed and unsold produce. Then came Prohibition – the end of all that. Catoctin Creek was the first distillery established in Loudoun County since Prohibition. The distillery sources their organic grain locally and strives to produce Virginia rye whiskey “from grain to glass”. Catoctin welcomes visitors to their distillery and tasting room.

In the last few decades, independent brewing and distilling has been clawing its way back

Alongside whiskey production, chocolate has been processed and consumed since colonial times. While cacao suffered no Prohibition, it has gone from being chiefly a drink in the 19th century to a tempered confection in the 20th. The craft chocolate movement has been paralleling the craft spirits movement since the late 1990s. At least three craft bean to bar chocolate makers are now located in the greater D. C. area, the first was Potomac Chocolate, founded by Ben Rasmussen in 2010. Chocolate is a superb companion for whiskey.

In the last few decades, nearly a hundred years after Prohibition, independent craft brewing and distilling has been clawing its way back. Recently, entrepreneurs in D. C. proper have joined this movement. Michael Lowe and John Uselton are credited with establishing the first distillery in D. C. since Prohibition in 2012, but their New Columbia Distillers then produced Green Hat Gin.

In a town plagued by political conflict and obstruction, it’s reassuring to know that one corner of Washington D. C. values community over competition.

That tiny Mecca is Ivy City, a neighborhood in the North East section. Originally zoned for industry, it is also currently populated by trendy apartments and restaurants. Ivy City is now home to several breweries and distilleries. Two of the latter are Republic Restoratives, the creators of Borough Bourbon and Rodham Rye, and One Eight Distilling, makers of District Made Straight Rye and Straight Bourbon Whiskey.

Republic Restoratives, founded in 2016, has an interesting corporate culture. RR is women owned and operated, and was launched by crowd funding. The co-founders are Pia Carusone, former chief of staff to Congresswoman Gabby Giffords, and partner, Rachel Gardner, who has a background in sustainable natural resource development. You can tour the distillery and their cocktail bar welcomes visitors. The distillery also operates an event space where illuminaries, such as former President and Michelle Obama and Hillary Rodham Clinton have been in attendance.

In-house distilling began with Republic Restorative’s Civic Vodka and Chapmans Apple Brandy. RR is transitioning from sourced Kentucky Bourbon and Tennessee Rye to their own fully in-house distilled, matured and finished whiskeys, projected for release the 4th quarter of 2020.

The distillery’s trademark is the creative finishing of their Bourbon in various types of barrels; for example, their Borough Bourbon, batch 2, was aged in rum casks. Batch 3 will be in finished in Armagnac. Proof that Carusone and Gardner, who hail from New York State, have not forsaken their roots, is the addition of the Granite State’s Adirondack spring water in the final dilution of their Rodham Rye. Yes, a tribute to HRC, New York’s former Senator and all “the women who make us who we are today.” Ms. Carusone is no longer a political staffer, but the partners still embrace worthy causes. A portion of Rodham Rye sales go to fund women running for office.

One Eight Distilling claims to be the second D.C. distillery established in the post Prohibition era in 2013.

This distillery was co-founded by two men, the CEO Sandy Wood and Alex Laufer, who is also the head distiller.

One Eight Distilling takes their name from Article One, Section Eight of the Constitution which provided for the creation of a district to serve as the nation’s capital.

They use local ingredients sourced from two organic farms in Maryland and Virginia,  ‘to create bold flavors of our region for the people who take no shortcuts.’

Let’s try pairing a few of the offerings by these D. C. area whiskey makers with Potomac Chocolate.

D.C. AND BEYOND PARTNERS

Chocolate
Potomac Dominican Republic 70%
Adds cherry to the mix. The whiskey and chocolate bring out the best in each other.