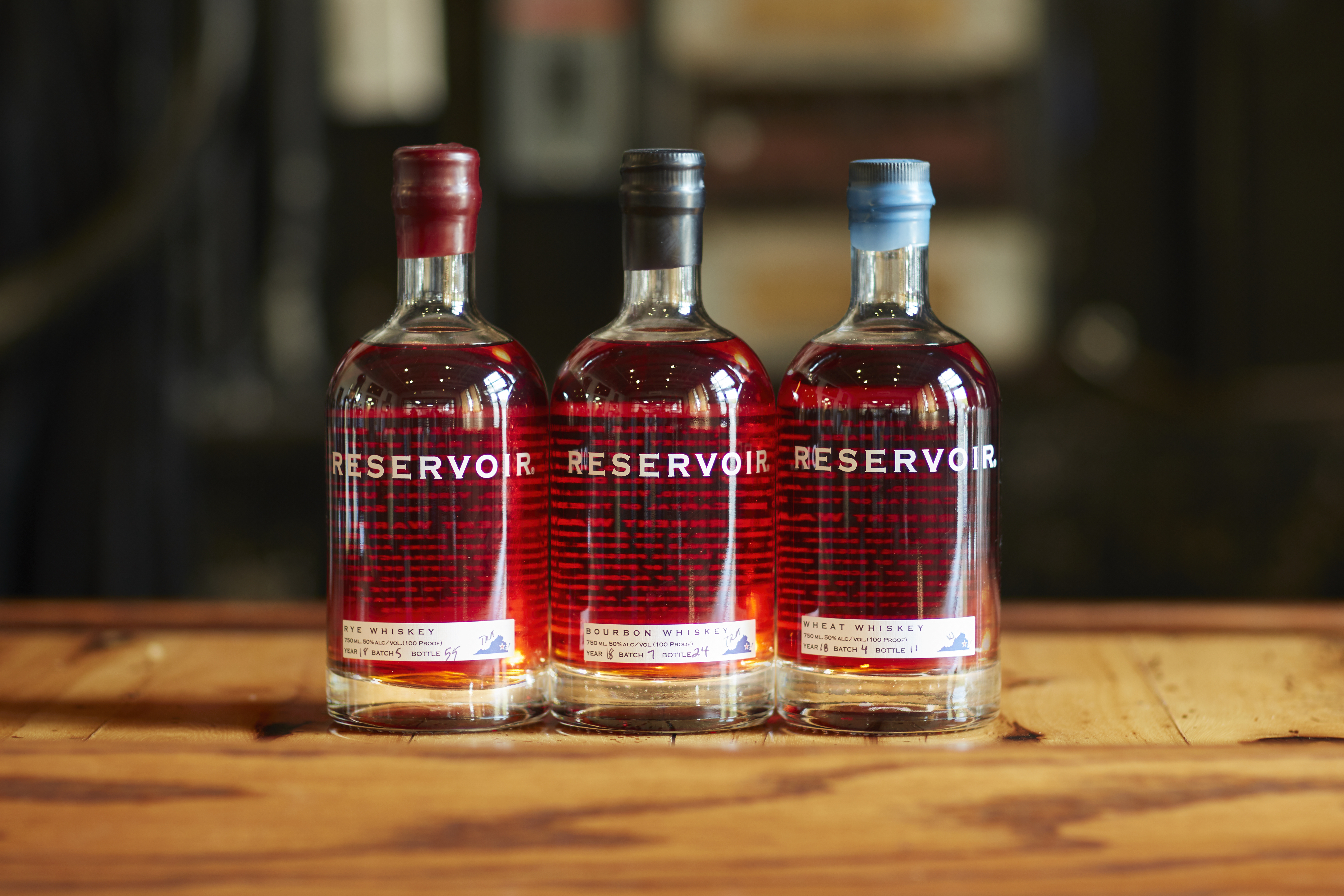 “…wee [sic] have found a waie to make soe good drinke of Indian corne as
I [pro]test I have divers times refused to drinke good stronge Englishe beare
and chosen to drinke that…” – Captain George Thorpe, Jamestown, Virginia 1620

Then I recall Virginia also boasts many a noteworthy dram these days, not to mention the Commonwealth’s compelling history of early hooch-making back in the day.

Wasn’t it Colonial English settler Captain George Thorpe (1576-1622) himself who first wrote of corn as cultivated by native Powhatan Indians, then substituted for barley
and commonly used in beer fermentation?

Thorpe sailed from Bristol to the recently established Jamestown, a settlement thrust upon traditionally Powhatan tribal lands, in 1607, there to develop British industry, tobacco cultivation and a school for native Powhatan Indians. Even a community college was planned.

Writing to investment partner John Smyth in December 1620, he gushes of his preference for his newly distilled corn whiskey over beer. Perhaps this was the genesis of all future corn-based moonshine, and first sample of what would later become Bourbon whiskeys. Virginia could well boast America’s earliest history of whiskey making.

Did you know the United States has been at war somewhere for 93.5 per cent of calendar years between 1775 and 2018? That’s 228 years of warfare versus a scant 16 years without conflict. So claims a battle timeline published in Jan/Feb 2019’s Smithsonian.

It’s no wonder one feels the urge go exploring… in search of a comforting jar. Now where might one find just that?

TALES OF the RESERVOIR DISTILLERY ABOUND

Rumors of a distinctly seductive wheat-based whiskey, a product from Richmond’s Reservoir Distillery catch my ear, ‘an artisan treasure producing small batch delights, astonishing in variety, unique in taste – not to be missed!’ according to colleagues in the know.

A sporty bike to road test, new dram or two tucked away to sample – and off we go.

Finally kicking the side stand down, I’m outside Reservoir Distillery, formerly a 7-Up bottling plant, where jovial partners, Dave Cuttino and Jay Carpenter and cheery staff await my arrival.

Off the bat, everyone I meet lives for distilling with an enthusiasm I found infectious. In minutes we’re all cutting up like old friends, in spite of jibes to do with the Revolutionary War, me being a Scot. Anyway, I wasn’t there.

Aromas of fermentation fill the air. Taking an enjoyable breath I follow my hosts and the fun begins. We pass a modest bottling run – each bottle cork is hand dipped in wax – before heading for Reservoir’s dedicated distillery tasting room.

A frightening regiment of bottles is lined up, awaiting my alleged expert opinion; what a dizzying display. Sixteen, perhaps 20 bottles enshrine some new wonder, a sparkling Glencairn standing to attention by each.

Hell, even during my swashbuckling Fleet Street news-hound days, regularly sharing liquid lunches with legendary tabloid drinkers, I could rarely get past six… or was it 10?

Mind you, professional tastings are accomplished with minuscule sips, and with great care.

“With the creation of Reservoir, we set out to honor our southern heritage, but we were also determined to shake up what we knew of the whiskey world, to be the risky catalysts of fresh, innovative ideas.” Jay quips, clinking a first ‘Slainte!’ “We knew if we focused on quality rather than quantity, we could craft an unparalleled whiskey.”

Judging by my inaugural sip of Reservoir’s wheat, followed by Hunter & Scott Bourbon, their so called ‘Back Porch Bourbon’  designed for the everyday sipper or back bar mixologist, the creative distilling team’s whiskies command kudos indeed.

“Instead of saturating the market with a mass amount of mediocre rot gut, we chose to focus on creating three whiskies that embodied our discerning palates, local ingredients and southern culture.

“We created a process using a customized pot still, quarter cask barrels, and each whiskey’s personal timeline of readiness to calculate aging.

“Our dedication to those goals meant sacrificing output for undisputable quality.”

I like that they’re curious folks who aren’t afraid to experiment. The proximity of the neighborhood breweries and the good relationships they have with them open a lot of doors to try new things. Same with local farmers from whom they source every grain.

I sampled perhaps a dozen whiskey varieties, each based on their three base products. Unusual blends, such as their wheat and rye, boast flavors that no one has really experienced before.

So, go find Reservoir’s tasting room. Once there they’ll pour you a dram, tell you a tale, and certainly leave you with a thirst to return for more.

The folks at Reservoir display the kind of energy and enthusiasm that makes you certain that they get up each morning saying, “Hot damn! I get to go to work today!”

American Whiskey Magazine brings you up-to-date features, interviews, tastings and more from the world of Bourbon, single malts, grain and wheat. Whatever your whiskey preferences, we are sure to have something for you. Find out how you can subscribe here and have each issue delivered to your doorstep.