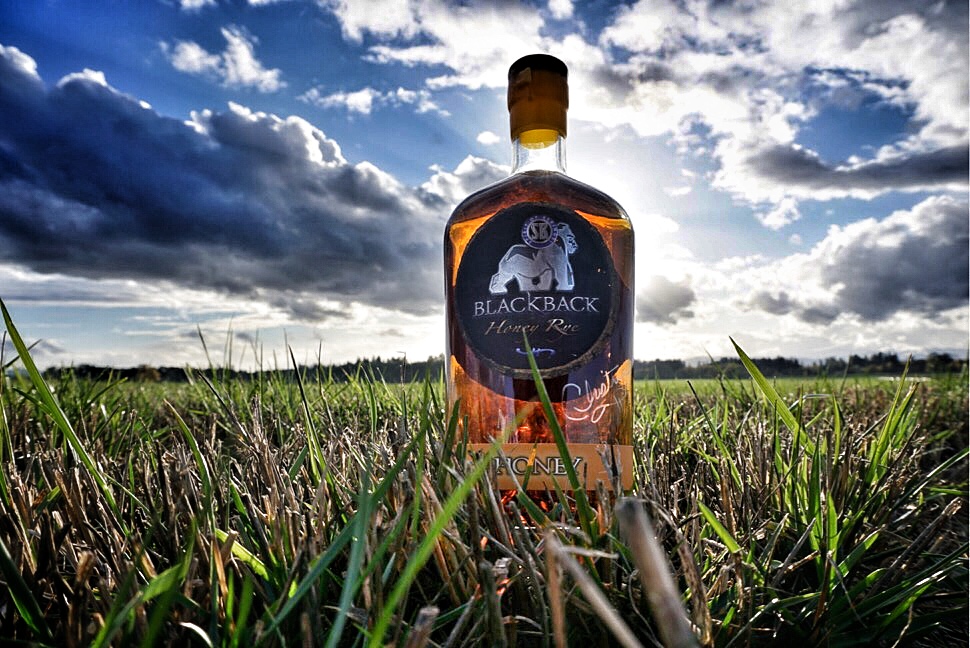 The energy of a woman can sometimes be revealed by the way she says her name when meeting you for the first time. When you meet Christine Riggleman and ask what she does for a living?  You will receive everything from hooch-mama, artist, box truck driver, brand creator, business owner, master distiller and mother, to name a few.  The first time I met Christine I was conducting a food pairing class during the NOLA Bourbon Festival and she and her daughter Lauren raced up after the seminar with boundless zeal presenting me with a bottle of their Silverback product.

This wasn’t the first bottle a distillery has ever presented to me, but it was a completely different feel. “I am Christine Riggleman, master distiller of Silverback Distillery”.  My first take was “who” and “why” the gorilla on the bottle?  It was in those first few minutes that I knew what Christine Riggleman was made of.  It wasn’t a sales pitch; it was a woman crafting a spirit from her heart and soul and the family was on the journey right beside her.  Proud as if she were presenting her first baby; a serious businesswoman with grit and distinction of who she was.  I was a captured audience. The old adage, know where an 800-pound gorilla sits? Anywhere they like; and this speaks to the iconic gorilla on Silverback’s label and the woman behind the brand.

THE TROOPS – AKA THE RIGGLEMAN FAMILY

Most family vacations end up in a scrap book, or photo. After the Riggleman family took a trip to Scotland, they returned and opened a distillery 14 months later.  No preconceived plans or mapped out dream of distilling, as most craft distiller’s do for years.  A visit to just one distillery, Ben Nevis Distillery in Fort William, ignited
her entrepreneurial spirit and desire to craft what is now the legacy to their
three daughters.

Christine spent years supporting her husband, Denver, and even left college, to help him finish school while she raised their daughters. Moving constantly with her husband in the Air Force, she knew after this game changing vacation that now was her turn. On return, she sought a distillery out west who would take her on as an apprentice.  Hooking hoses, pumps, working bottling lines; what I like to call the ‘crusty’ work of distillery life, Christine was entrenched and ready for her own journey.

Christine put another facet of her background in motion; culinary.  As an avid cook and artist, she was fascinated with food flavors and how they intersect with whiskey flavors. That application enhanced her knowledge when at the helm of the still.

Her daughter Lauren Riggleman, who is the assistant distillery and general manager, received her training and master’s degree in fermentation sciences; brewing and distilling from Heriot-Watt University in Edinburgh, Scotland. Lauren became a member of the Institute of Brewing & Distilling and spent time researching the similarities and differences between Scottish and American distilling and brewing practices. Christine likes to tout that she is the craft and Lauren is the science behind the brand.

CREATING A GIN BECAUSE YOU JUST HATE GIN

Every craft distillery must begin somewhere and most choose clear spirits to bottle for ease because of the unavoidable fact that patience and time is needed for Bourbon.  Ironically, Christine began with a product that was literally the last product she personally would drink – gin… until she produced her own, Strange Monkey Gin. Her culinary prowess, led with achieving the nuances of each botanical flavor, coupled with distilling methods learned out west, married into winning double gold at the San Francisco International Spirits Competition-Silverback’s first product to market.

The new ‘gin master’ as some consumers call her, launched a trajectory of product portfolio, innovation and boundless determination to put her mark of quality on each brand produced.

While clear spirits were released their whiskey laid quietly maturing in barrels with an artisanal approach, as she explains that each step of the process matters.  “Our water sets us apart from most states.  It is very similar to the water Kentucky is famous for, because Virginia also has an abundance of limestone that helps give us amazing water, which is the base for any good whiskey. Another unique method is that we also use sweet corn for our Bourbon.” No coloring, or additives are in any of their finished products.

Running a distillery is not all unicorns and rainbows

Fast forward to Riggleman Reserve Bourbon, the first product produced under a woman’s name. “I’m not a follower, I never have been.” Her grandfather, Donald Blair, was an artist and Christine has certainly respected the art of not only making whiskey, but the art of carrying on her grandfather’s influence of always marking his paintings with a symbol, and she did the same. No surprise that one of her favorite distilleries to this day is Maker’s Mark because of their signature style and creativity and of course the label, created by a woman, Marjorie Samuels. “I wanted the brand to reflect our past and our future, a name that was not based on one location, but a theme.”  The iconic gorilla on each label of Silverback products was a nickname for her husband given to him by their three daughters. “With four females in the house and being the only male, he was either going to go bald or grey very early…he went grey.  So, they have called him Silverback for as long as I can remember.”

Running a distillery is not all unicorns and rainbows.  “It will drain you physically, mentally, financially and many other ways, but it’s one of the most rewarding things you will do outside of being a mother.

“I want people to believe in the American dream, it still exists.”

More than 16 international awards later and multiple awards two years in a row at NOLA Bourbon Festival, Christine Riggleman is indeed making her mark, as she dreamed, and they have opened their home (now two distilleries) to everyone who wants to taste that dream. Visiting the Blue Ridge Mountains in Afton, Virginia and the second location in the Pocono region in Pennsylvania, she has been the creative force behind Silverback Distillery since April 2013, when she, her husband, and daughters structured the company.

Silverback distilleries have tasting rooms and tours. When guests arrive, they are greeted with a life size wood carved Silverback gorilla. Once inside, five bars await you with Silverback troop ambassadors to walk the guest through all the rules that Virginia has for tastings, as well as the Silverback story. A great way to experience the Virginia valley is to buy a ticket for Civille Hop On Tours. A local company that will take you to all the alcohol producers along Rt. 151 without you having to drive. Seven vineyards, several hard cideries and craft breweries all along a 14-mile stretch.

Because Silverback is  nestled against the Virginia Blue Ridge Mountains and Skyline Drive. Some guests break up the trip with hiking in the morning and then visiting the alcohol producers in the afternoon and in the evening.

The Riggleman’s have built a small but mighty female army behind the brand, but the romance copy on the back of her Christine Riggleman Reserve says it all, “In this bottle is my heart, my passion, and my life. This is my statement… My whiskey.”  If you are fortunate enough to meet the master, you will learn quickly that she means what she says with every drop in the bottle.