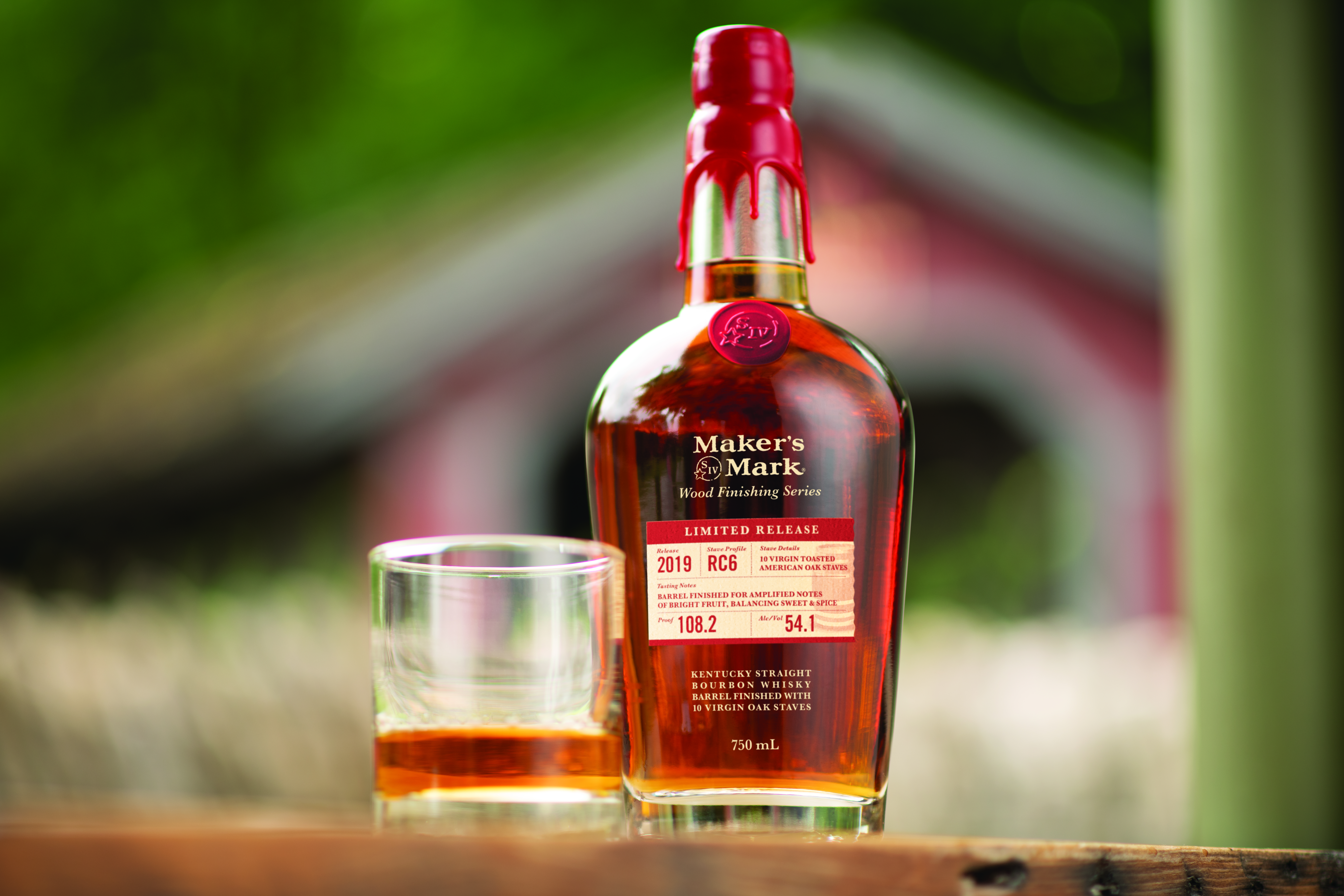 The proprietary wood staves, referred to as Stave Profile RC6, were used to finish the cask strength expression and in turn, amplifying the ripe fruit and baking spice notes. This taste profile is inspired by the yeast strain used to produce the classic Maker’s Mark Bourbon.

The series also includes the existing offerings, Maker’s Mark 46 and Maker’s Mark Private Select. Looking to the future, the distillery plans to introduce new limited-edition Bourbons to the series.

“We have been experimenting with wood finishing staves and techniques since we first released Maker’s Mark 46 in 2010, and it never ceases to amaze me how much natural flavor we can extract from just 10 wood staves interacting with our Bourbon over a period of time,” said Jane Bowie, Maker’s Mark director of Private Select. “Stave finishes allow us to innovate with an already delicious product in a purposeful fashion, exploring different wood types, seasoning periods, cook times, and heat levels until we achieve the exact flavor vision we have in mind. We’re excited to share the distinct possibilities with whisky fans, starting with the 2019 Limited Release.”

The 2019 Limited Release was created to introduce a version of Maker’s Mark that amplified the ripe fruit notes already found in the distillery’s proprietary yeast, balancing sweetness and spice. This specific vision was achieved by finishing fully-matured, cask strength Maker’s Mark Bourbon in a second barrel with ten proprietary “RC6” wood staves. The barrels were then rested in the Maker’s Mark limestone bourbon cellar, allowing the cask strength bourbon to interact with the staves to develop the expression’s unique flavor.

Developed over the course of two years in partnership with barrel producer Independent Stave Company, Stave Profile RC6 is made from American Oak that has first been exposed to the outdoors, or “seasoned,” for an extended 18 months before being toasted in a convection oven.

Bottled at 108.2 proof, each 750mL bottle of the Maker’s Mark Wood Finishing Series 2019 Limited Release will retail for a suggested $59.99 and will be available while supplies last.