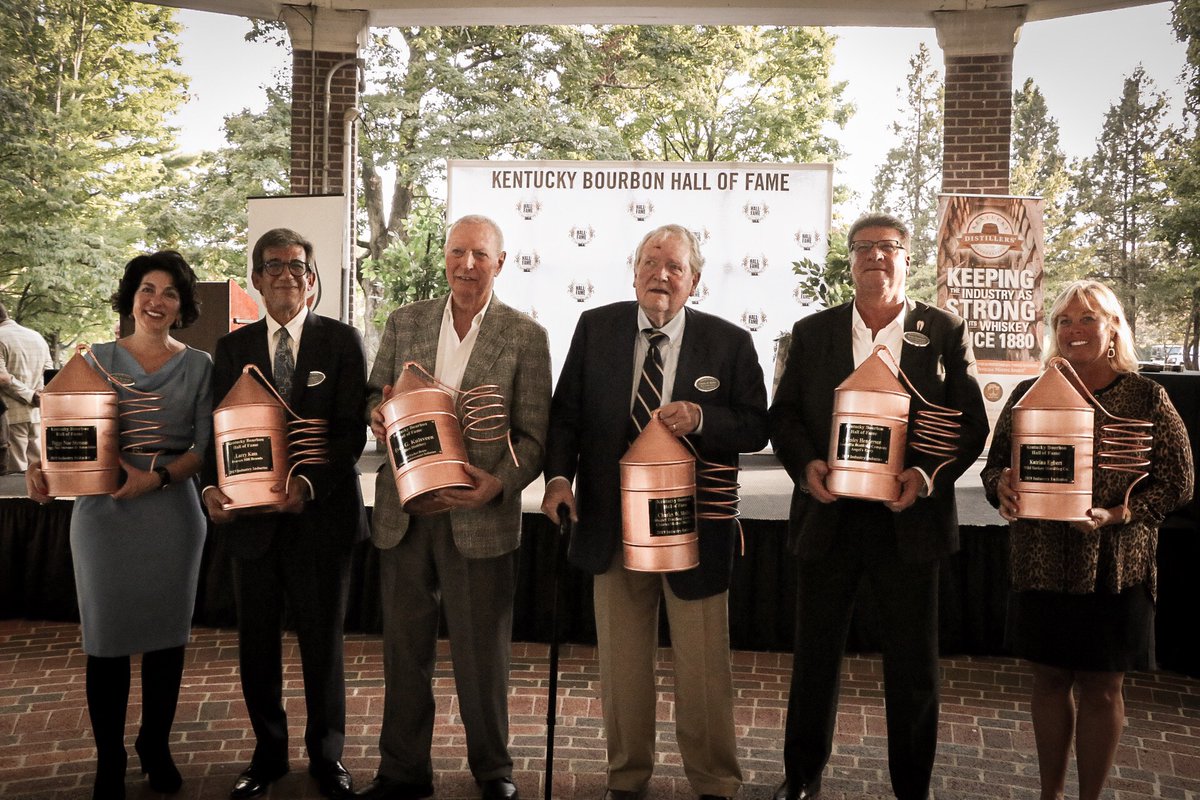 “This is a special year as six venerable professionals whose dedication, ingenuity and enthusiasm have contributed to Kentucky’s Bourbon boom will be so publicly recognized,” said Eric Gregory, president of the Kentucky Distillers’ Association.

“Each of these industry champions has found ways to influence and spur the growth of Kentucky’s beloved Bourbon industry, and it’s time we show our sincere appreciation for their vision and commitment to our timeless craft.”

This year’s inductees are, in alphabetical order:

The Kentucky Bourbon Hall of Fame, created by the KDA in conjunction with the Kentucky Bourbon Festival in 2001, celebrates individuals and organizations that have made a significant impact on Bourbon’s growth and stature and is the highest industry honor.

Congratulations to this year’s inductees.