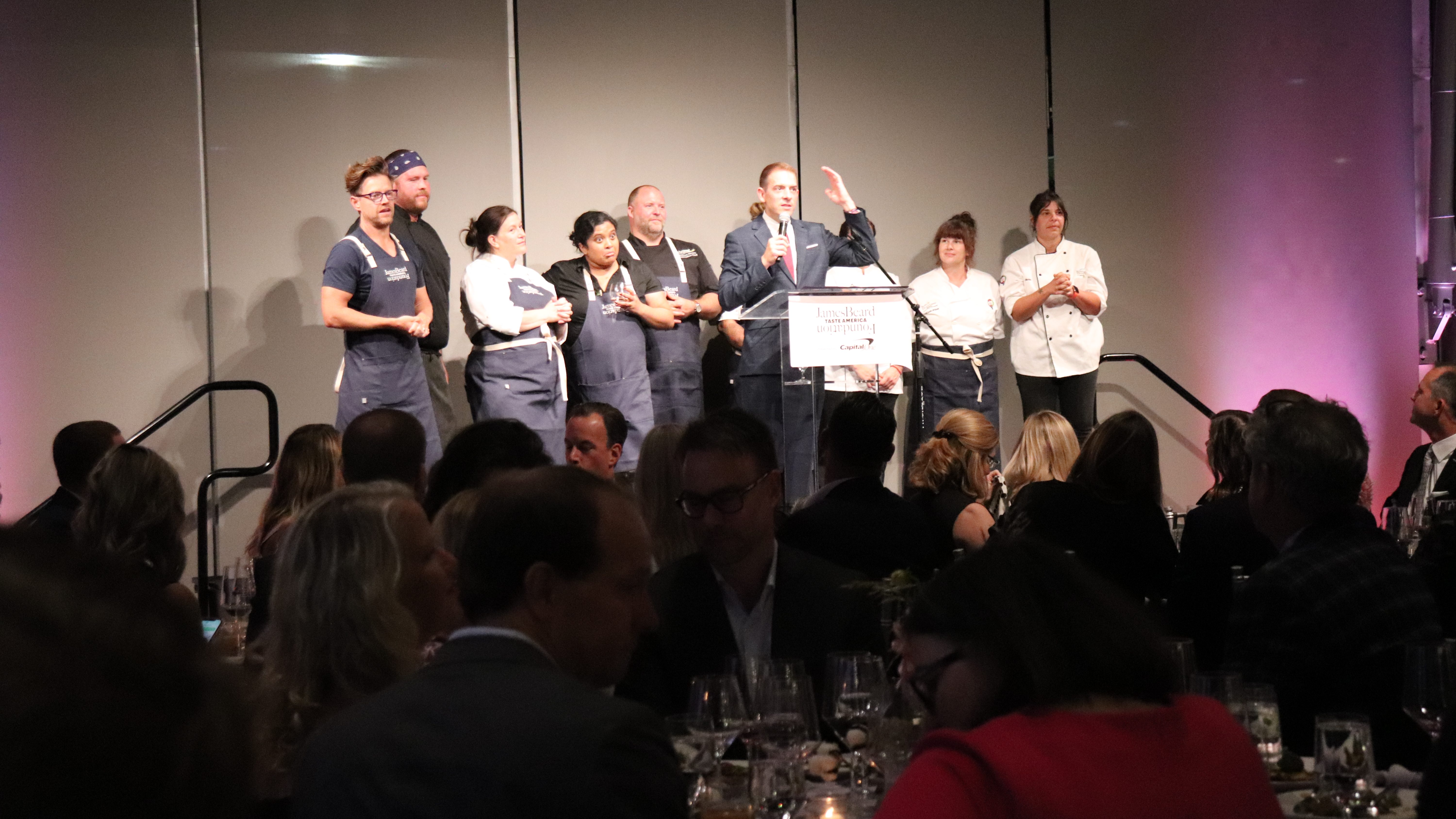 One of the best-kept secrets about Kentucky, particularly the bourbon industry, is its ties with James Beard Award-nominated chefs. There is a wealth of culinary talent throughout Kentucky, but people like Chef Ouita Michel and Chef Edward Lee, both multiple James Beard nominees, bring their love of bourbon to their culinary traditions in a way that has long been celebrated within the Commonwealth. Now the James Beard Foundation has taken the show on the road with its Taste America Tour with a two-night stop in Louisville, Kentucky, the aim of which is to end food waste and improve lives through food.

“Taste America gives food lovers across the country an opportunity to have a unique dining experience while learning more about the impact of their food choices from passionate leaders who are changing the landscape of the food industry,” said Clare Reichenbach, chief executive officer of the James Beard Foundation. “Taste America is a celebratory manifestation of our mantra: Good Food for Good.”

In Louisville, you can’t have a culinary event without bourbon, and Rabbit Hole Distillery was the hometown bourbon sponsor of both evenings of Taste America Louisville. Mixologists prepared cocktails with Rabbit Hole’s four major offerings both evenings, ranging from Old Fashioneds to recipes created just for the event.

The first evening’s event was a Gala held at the J.B. Speed Art Museum, which featured both local chefs as well as James Beard-nominated ‘Visiting All-Star’ Richard Blais from San Diego. Blais, who has appeared on both Top Chef and Chopped, and who won Bravo’s Top Chef All-Stars competition, was trained at the Culinary Institute of America before training at The French Laundry and more. His dishes included a sun-dried tomato tostada with celery-horseradish crema and porchetta with tomatoes, onions, and miso mustard.

Local all-star Chef Sara Bradley, a Top Chef Season 16 runner-up from Paducah, Kentucky, who owns a restaurant and bourbon bar there, used her time in the spotlight to highlight local fare many often don’t consider – invasive species. Her dish was silver carp and paddlefish caviar with mushrooms, broccoli, black garlic, and peanut dukkah.

Bourbon cocktails ranged from Old Fashioneds with a twist to a fall version of a whiskey sour, but the most unique cocktail of the evening was created by Hell or High Water’s Matt Brown. The Orpiment Cocktail featured Rabbit Hole Heigold Bourbon with toasted coriander merengue, strawberry-orange sorbet, orange-coriander cordial, and orange-infused demerara syrup, and the meringue was flamed with a torch before serving.