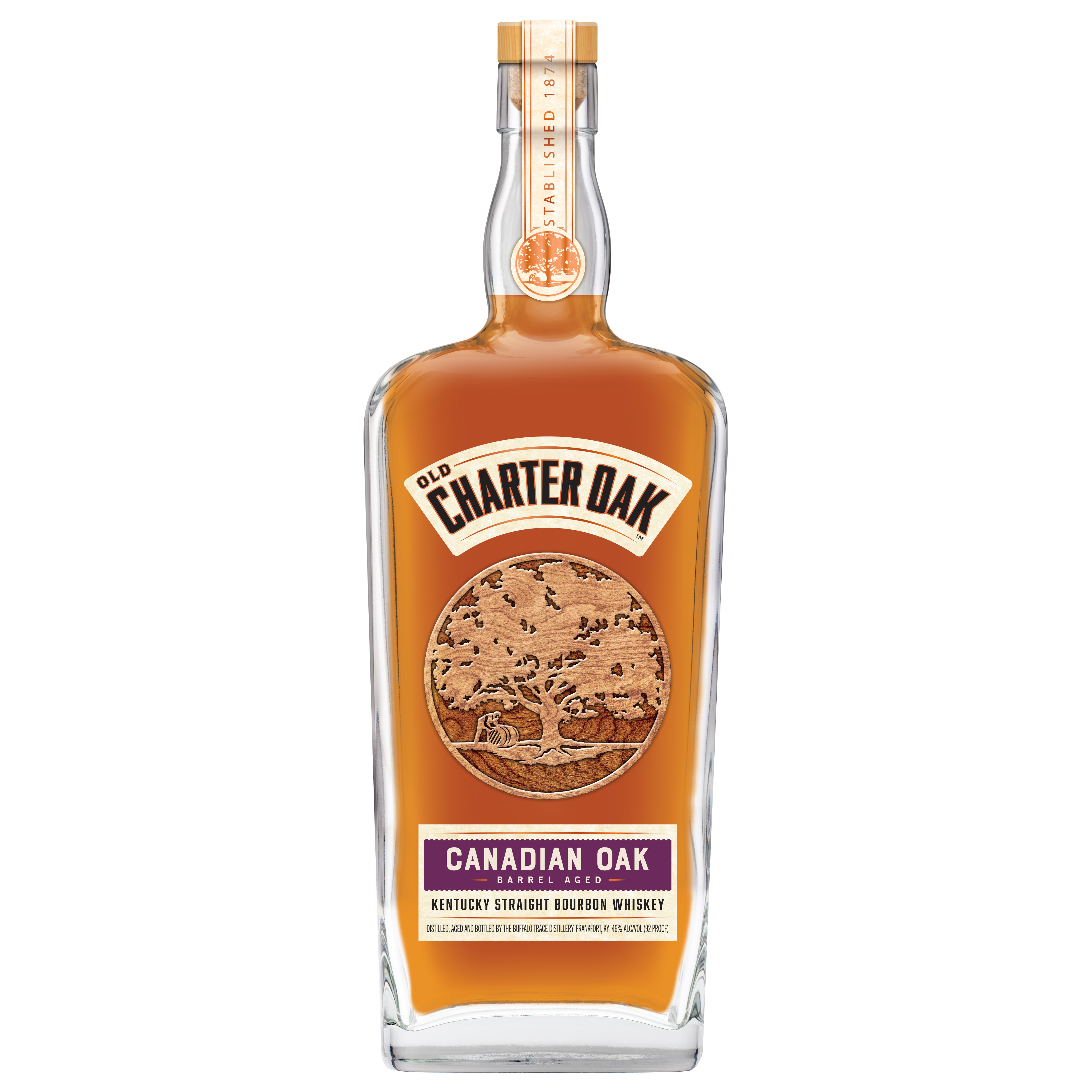 Continuing on with its exploration into oak tree varietals, Buffalo Trace Distillery has released its Old Charter Oak Canadian Oak, the latest in the series.

The distillery announced the series in 2018 in order to explore the varying taste profiles of barrels created from trees in different countries, climates and soil cultures.

Old Charter Oak is designed to celebrate the pivotal role of oak in the creation of great whiskey, will some barrels created from century oaks of 100, 200 and 300 years old.

The new release has been created from a small selection of barrels from Canada, all filled with Mash #1, the same mashbill used to create Buffalo Trace and Eagle Rare. Canadian oak trees are harder, with a tighter grain structure than American oak, which affects the Bourbon as it ages.

Harlen Wheatley, master distiller, explains, “The tighter grain allows the whiskey to penetrate more layers in the wood, but it does take it longer to do it.  So the longer the bourbon ages, the more flavor can be extracted.”

This is the third release in the collection and was aged for 10 years; the whiskey will be available in retail in late October, with a fourth release scheduled for early 2020.

“We’re excited to release this third bourbon in this exploratory series.  We have Bourbon aging for the Old Charter Oak collection scheduled for release now through 2030, but we’ll keep producing more each year for more new whiskeys beyond that,” said Kris Comstock, senior marketing director.

By federal standards, Bourbon is required to be aged in a new, charred oak container. However, there is no specification it must be American white oak, it’s just that nearly all Bourbons made today are aged in white oak.