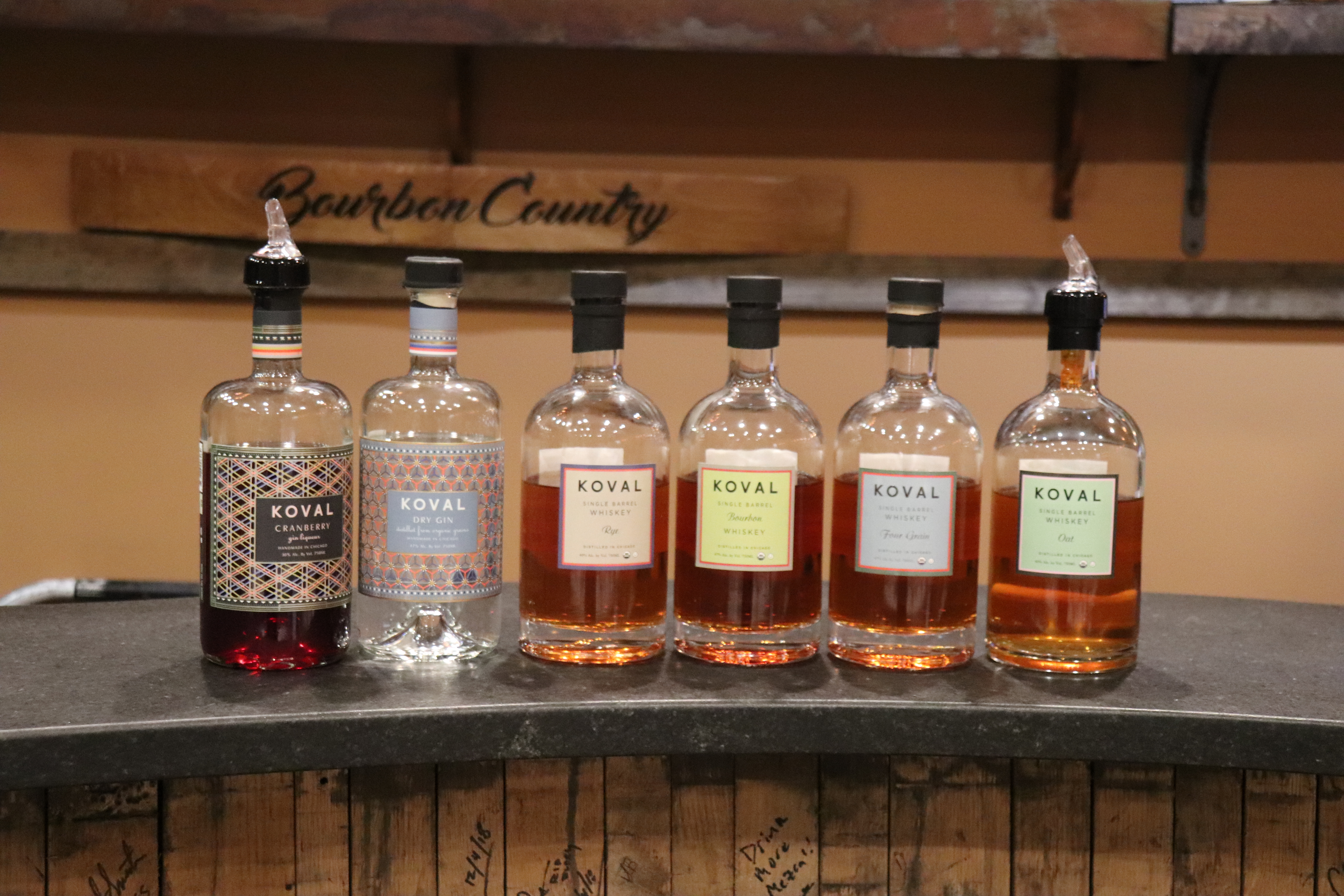 When bringing whiskey into bourbon country, it had better be good and it had better be interesting. Fortunately for Koval Distillery, their products are both. Whiskeys are distilled with grains not typical for a large format bourbon or rye, and that’s because smaller format distilleries can source plenty of other grains to shake things up a bit. The result is something out of the ordinary that stretches the limits of the category of whiskey. Koval recently brought a tasting of such whiskeys to Westport Whiskey and Wine in Louisville, Kentucky, surprising many a bourbon drinker with the flexibility of the whiskey categories.

Koval Distillery was founded in Chicago in 2008, back when the craft distillery boom was still more of a pop. Founders Robert and Sonat Birnecker, who had left their teaching careers, had to appear before the state legislature to plead their case to put a distillery in Chicago, thus becoming the first distillery in the massive midwestern town since before Prohibition. The Birneckers chose the name ‘Koval’ to honor Sonat’s great-grandfather who emigrated to Chicago from Vienna in the early 1900s, which earned him the nickname ‘Koval,’ yiddish for black sheep. Robert learned distilling at his grandfather’s side, watching him distil brandies on a small still.

All of the products made at Koval are certified organic as well as certified Kosher by the Orthodox Union. They make whiskeys, gins, and liqueurs as well as vodka. The uniqueness of this distillery comes from the mash bill.

The bourbon is made of 51% corn in keeping with the legal definition of America’s Native Spirit, but there is only one other grain in the mash bill and that grain is millet. Millet is not a major commodity crop in the United States because it varies widely and doesn’t yield well. There are multitudes of different millet grasses that yield different types of millet grains, and while it is grown for food elsewhere in the world, it is mostly used as a cover crop in crop rotations in the United States. It’s more often seen in birdseed than food, despite its high nutrient content. The tasting notes for this whiskey include mango chutney and vanilla with a peppery caramel finish, certainly different from most bourbons on the shelf.

The four grain whiskey is made with oats, malted barley, rye, and wheat — and not a single grain of corn. The rye is made from 100% rye grain and, despite its relatively young age, there is a complexity of a much more mature whiskey with notes of grass, pepper, and saddle leather. There’s also an oat whiskey that tastes like breakfast in a glass.

The great thing about tastings such as these is it gives consumers an opportunity to taste products they wouldn’t ordinarily try in a format where they can also learn about what makes them unique. Small scale distilleries such as Koval have much to offer the greater whiskey landscape, as the smaller size makes it more feasible to experiment with new things like oat whiskey and bourbon with millet.

If you have a bottle shop near you, ask if they offer such classes. It’s a great way to learn about new products you may have never considered before.