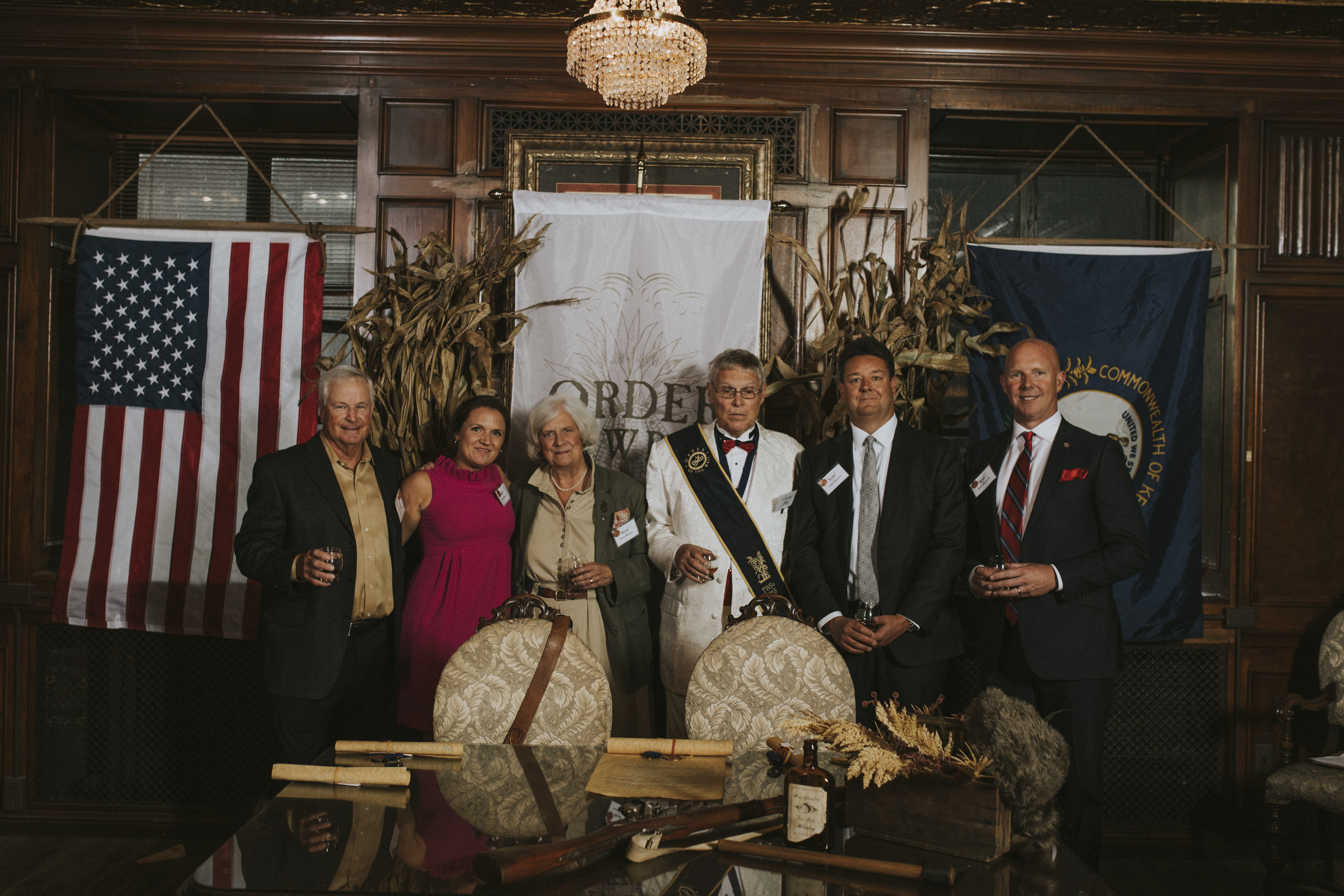 Recently with little fanfare and negligible media coverage, The Order of the Writ inducted its first cohort. The Order was created by whiskey industry insiders as a society that would protect the future of Bourbon, America’s Native Spirit.

According to the press release:

“The Order of the Writ is a fraternal and charitable organization that embraces the spirit of Kentucky Bourbon education, responsibility, environmental stewardship, history, scholarship and an unwavering commitment to the furtherance of America’s only native spirit. Membership is offered to others only by unanimous invitation of The Fifteen, the Order of the Writ’s founding members, signifying Kentucky’s founding as the 15th state of the Union. To be eligible for membership, a nominee must have had a service or association with the Kentucky Bourbon industry and have made a positive contribution to the management, production, sales, marketing, distribution, promotion or development of Kentucky Bourbon for a minimum of five years. Each nominee is chosen for membership by a Founder who attests to the candidate’s merit before the founding council. Upon this recommendation, the candidate must be approved for membership by unanimous vote.”

There’s even an Order of the Writ Room at The Frazier Museum, home of the official Kentucky Bourbon Trail Welcome Center.

The organization will be philanthropic in nature, though specific charitable efforts have not yet been announced.

“I consider it an honor to be part of the inaugural class, especially when there are so many people who have done so much more to spread the word about Kentucky Bourbon,” says inaugural Order of the Writ cohort member Mark Gillespie of WhiskyCast.

The ceremony itself is shrouded in mystery, but at least it comes with a cool certificate complete with a wax seal.

“To be recognized with an invitation to the Order of the Writ for my efforts as a journalist to educate the public about bourbon — its history and current impact on the culture and economy of Kentucky — is a true honor,” says Bourbon Author and Educator Susan Reigler. “It is even more of an honor to be an associate of so many people also inducted into the Order who lead the bourbon industry today. Plus, the wax seal on the certificate of membership is pretty nifty.”

According to Bourbon Historian Michael Veach, the ‘Writ’ part of the name is after the infamous corn writs that supposedly brought early settlers to Kentucky, but which actually resulted in chaos.

“I’m very grateful to Joe Maliggico for making me a lifetime member of the Order of the Writ,” says Veach. “It’s good to have the respect of people in the industry.”

No word yet on how frequently inductions will be made. See a full list of inductees below.

Images Courtesy of The Kentucky Distillers’ Association and Susan Reigler