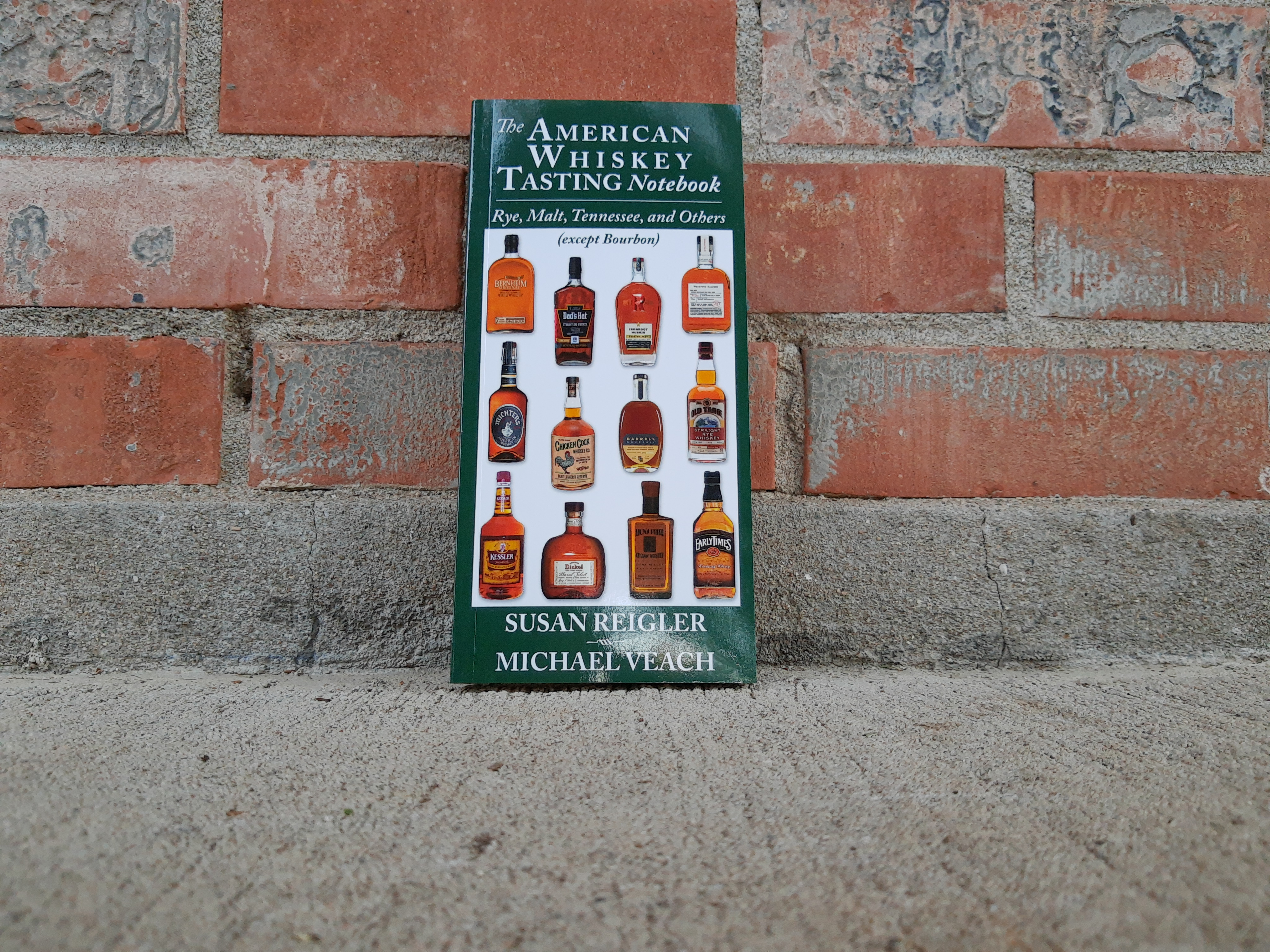 It always seems to happen. You try a whiskey and you either love it or hate it, but a few months down the road you don’t remember why. Or you want to try a new whiskey that is similar to your favorite one but you can’t remember or describe what you like about it. This is why it’s important to keep a notebook and jot down your thoughts whenever you try a new whiskey. It doesn’t have to be a lot – your impressions of the nose, palate, and color of the whiskey will help jog your memory going forward. Sometimes, though, it helps to have everything laid out for you beforehand so that you don’t have to remember what you are supposed to write down. The American Whiskey Tasting Notebook is just that – a handy reference guide that contains notes on dozens of non-bourbon American whiskeys from whiskey experts Michael Veach and Susan Reigler.

“Mike Veach and I wanted to create tools for bourbon and American whiskey enthusiasts that would both help them keep track of what they have tasted and help them explore all the iterations of whiskeys available,” says Reigler. “So, we came up with the idea of a pocket-sized notebook that someone could take along on a trip to the store or bar and keep next to a home whiskey collection for reference.”

“I want people to use it as a guide to buying whiskey,” says Veach. “The idea is to have a book where you have our opinions of what we think it tastes like and a place for the reader to write their own thoughts. Then they can use that when they go into a store or bar to make their choice. It’s sort of an easy-to-do American Whiskey diary.”

“I think having the indices that sort whiskeys by proof and price and style (i.e. wheated, bottled-in-bond, barrel proof, and such) makes the books extremely useful,” says Reigler. “If you want to compare 90 proof bourbons, just turn to the page that lists the. And we did not offer ratings because everyone’s palate is different. Readers are invited to determine their own ratings.”

There’s also a Bourbon Tasting Notebook from the duo that is in its second edition with more than 300 bourbons.

“We started with the most widely produced American whiskey, bourbon, since that was only logical. The first edition of The Bourbon Tasting Notebook had 215 entries,” Reigler says. “The second edition almost 350. We’ll easily add another 100 to the third edition which we hope to have out in 2020.  In between tasting bourbon, we branched out into other styles of whiskey, and The American Whiskey Tasting Notebook: Rye, Malt, Tennessee, and Others (except Bourbon) was the result. It’s about the same size as the first edition of our bourbon book and indexed the same way with the addition of an index of states where the whiskeys were produced.”

“We decided we wanted to do whiskeys other than bourbon, so we broke it down into categories as we tasted them,” reports Veach. “We’d get something and taste it and put it into its category or start a new one. These categories and styles are in the regulations, and we were hoping to get more but we were dependant on what was available in this area or what we got in our travels. There are so many out there that are not in this book that we would like to get into the next edition. I’ve already picked up a bunch of new things.”

As you may imagine, tasting through all these whiskeys was no easy task, and the duo was sure to take their time.

“We very deliberately only tasted between four and six whiskeys at a time,” Reigler reports. “Happily, we live only a few minutes from one another, so it’s easy to schedule tastings. During our samplings, we each wrote our own notes, and then compared those notes only after we had tasted. And we re-taste many whiskeys for new editions. It would be lovely if any producer, especially craft distillers, who are not in the current edition of either book, would send us samples for inclusion in the next editions. We do our best to acquire whiskeys during our travels, but we want to be as complete as possible.”

This handy reference guide along with the edition for bourbon are a must for any whiskey lover’s library.

*Author’s note – Susan Reigler is a contributor to this publication. You can find her work here. The author also runs Michael Veach’s website, which you can find here.