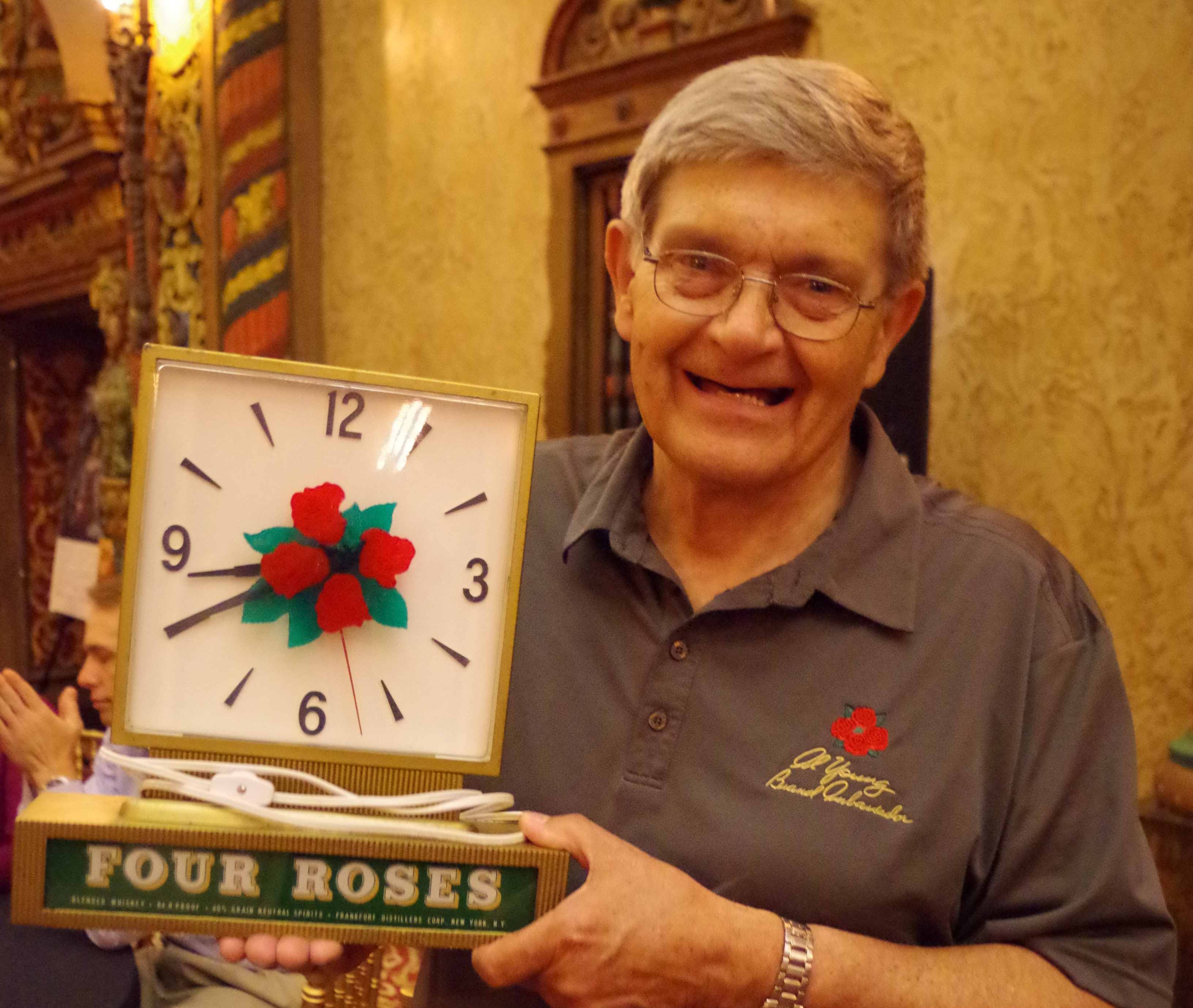 Al Young started his career with Four Roses in 1967, working in the Quality Control lab at Seagram’s Calvert Distillery at 7th and Central in Louisville, Kentucky. Seagram’s owned five distilleries in Kentucky at the time as well as several others throughout the United States and Canada. One of those distilleries was the Four Roses Distillery in Lawrenceburg, Kentucky.

In those early days at Four Roses he worked alongside Master Distiller Ova Haney, whose love of history inspired Young to dig into and document the history of the Four Roses brand. Young was the Distillery Manager, keeping up with the day-to-day operations of the entire distillery. He ordered grain, monitored the quality of the product, handled staffing, and more.

After Haney retired, Young continued as the Distillery Manager and worked alongside Rutledge. In the 1990s, Young, Haney, and Jim Rutledge did a program for the sales force called the Four Roses Forum, which covered everything from production to brand history.

From there Young became the de facto museum curator for the Four Roses brand. He collected memorabilia throughout the years, including the majority of the collections from the Seagram’s Whiskey Museum in Canada when it closed down.

In 2010, Young wrote Four Roses: The Return of a Whiskey Legend, which captured the history of the Four Roses brand. It has since been through multiple editions and printings. His job evolved into the role of Brand Ambassador, and he spent a great deal of time on the road at whiskey events and festivals being the public face of the Four Roses brand along with current Master Distiller Brent Elliott.

Young was inducted into the Whisky Magazine Hall of Fame in 2015.

“There’s so much to say about him,” says Bourbon Historian Michael Veach. “He was such a great person. Not just a great Brand Ambassador, but also a great friend and colleague. He’s going to be missed.”

“You went to any event and he was always all smiles no matter who you were, but I felt like I had a great relationship with him through the years through interviewing him,” says Louisville journalist Sara Havens. “I had gotten to know him and him his wife, Gretchen, so well, and they made me feel like I was part of their family at times. He was a true pioneer and champion of the industry, and he spent the last years of his life promoting bourbon. I will really miss him.”

Young has touched countless lives in his 53 years with Four Roses. His legacy will forever be part of the brand.

2 comments on “In Memoriam: Al Young”