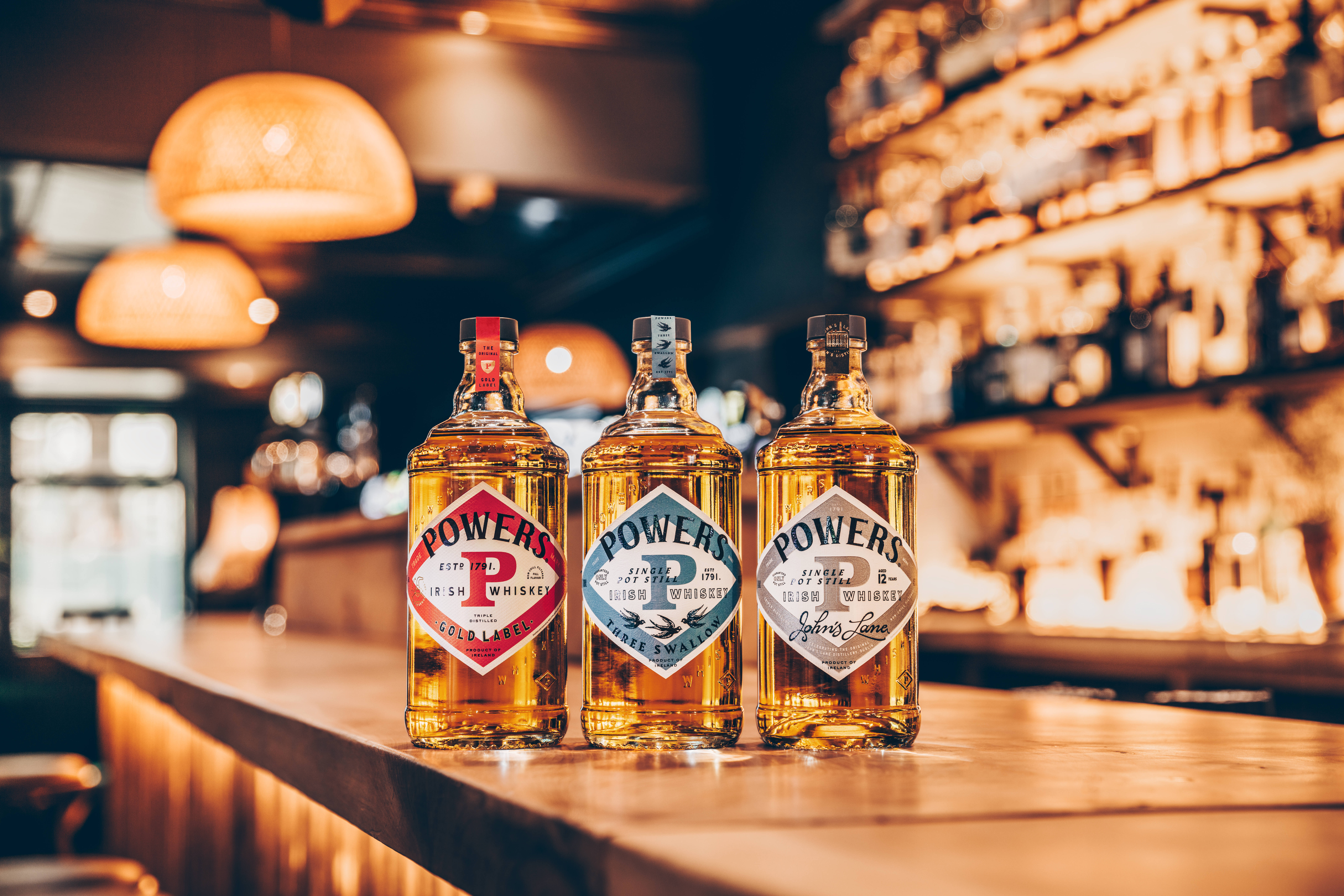 Irish whiskey producer Powers has harked back to its roots in a revamp of its bottle designs.

The dynamic new look, which incorporates the distiller’s diamond P emblem, is set to launch in the USA in March on core expression Powers Gold Label.

As well as using the diamond P – one of Ireland’s first registered trademarks – the bottles will have a new shape inspired by the distinctive pot still silhouette from Powers’ historical home at John’s Lane Distillery.

Each of the brand’s whiskies will have a different colored label: red for Powers Gold Label, an homage to the original Powers diamond marque; blue for Powers Three Swallow, a nod to the namesake bird’s feathers; and metallic ink for Powers John’s Lane Release, to reflect the industrial innovation of the Powers family at their original Dublin distillery.

Following the launch of the new-look Gold Label in March 2020, the new design will be introduced across the other expressions from mid-2020 in the USA and from late 2020 in the rest of the world. In Ireland, Powers Three Swallow and Powers John’s Lane will be released in March 2020, with Powers Gold Label to be reviewed in due course.

Conor McQuaid, chairman and CEO of Irish Distillers, which makes Powers at its Midleton Distillery, says: “Powers has been famous for its bold taste profile and character since the family distillery was established in 1791. We are excited to introduce this new look to the world and inspire a new generation with the unique history and personality of Powers.”

Carol Quinn, archivist at Irish Distillers, says: “Powers’ sense of identity has always focused on the diamond P; that became very clear to me as I worked my way through the historical archive. It was everywhere – on the casks, stationery, on bills and receipts, emblazoned on everything that left the distillery, and notably on the wonderful Powers mirrors that still hang in Ireland’s pubs today.

“For me it’s wonderful to see the diamond P front and center on this new label, symbolizing all the history of this great whiskey since 1791.”