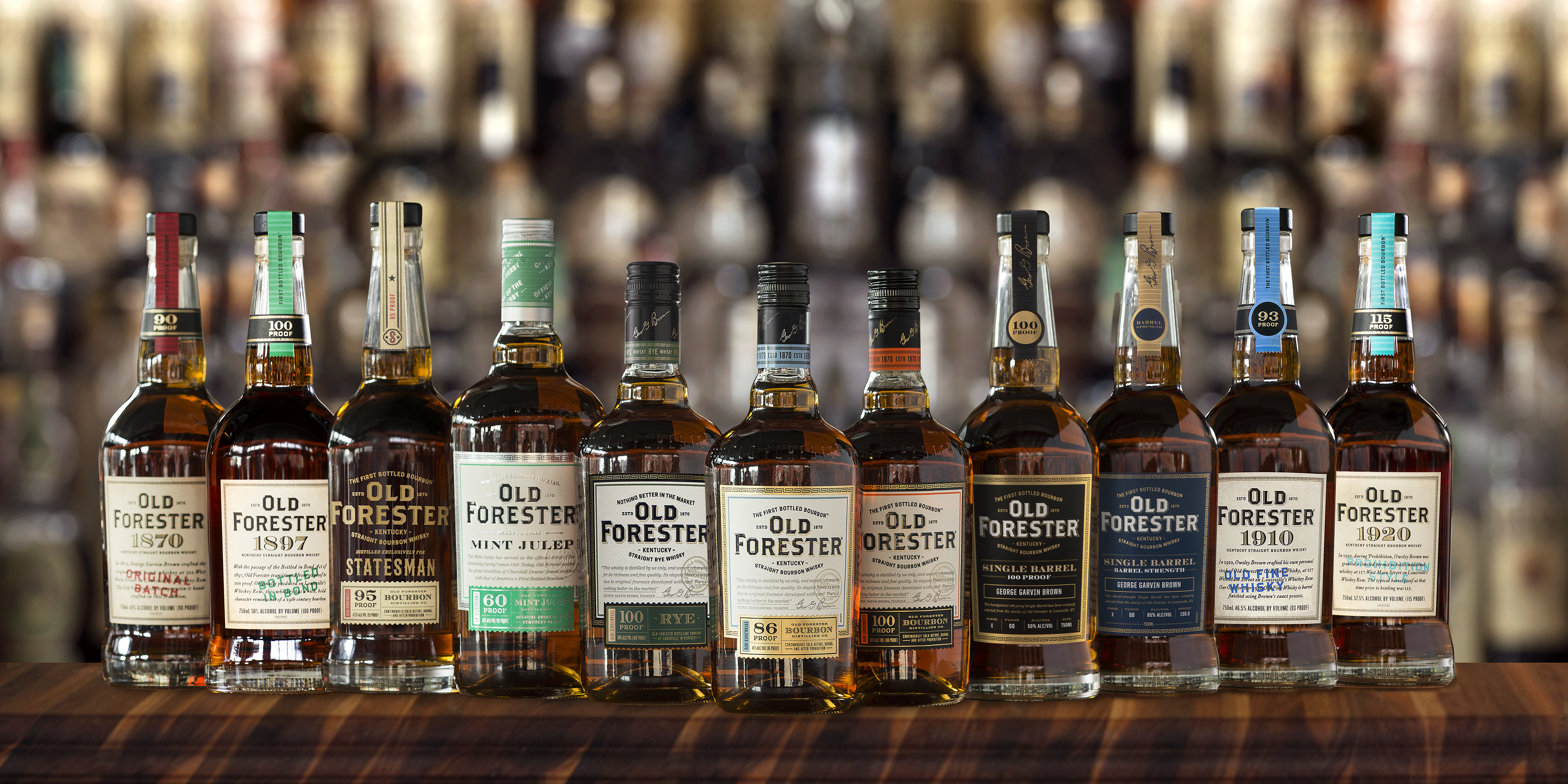 Old Forester announced today an update to its single barrel program that will change to allow patrons to have their selection bottled at proofs other than the old standard 90 proof: 100 proof and unfiltered barrel strength.

“Since our founding 150 years ago, we’ve always listened to our customers and looked for ways to innovate to meet their tastes,” said Jackie Zykan, Old Forester Master Taster. “Proof and filtration are both really important factors in the final flavor and complexity of a whisky, and we wanted to be able to share how special some of these barrels are when the product inside is tasted in raw form.”

It seems that almost everything is on allocation these days. Those who seek a special bottle are increasingly turning to single barrel selections, which can vary widely from the original flavor profile of a given brand. The maturation process comes heavily into play in this process, and different areas of the warehouse can have drastically different effects on each barrel of whisky aging inside. Choosing a barrel of whiskey can be a lot of fun, whether you do so for a whiskey club or as a whiskey shop-owning family. One of the best things about choosing a single barrel is that every distillery does it a little differently.

“We launched the Old Forester Single Barrel program in 2013,” said Old Forester President Campbell Brown. “My cousin Mac Brown who has since retired, made the suggestion that we should introduce it at the original 90 proof that my Great, Great Grandfather first bottled Old Forester in 1870. Since the launch of our Single Barrel program we have introduced an Old Forester Whiskey Row product called 1870 Original Batch, a more representative “tip of the hat” to George’s Old Forester. From a consumer standpoint, the single most consistent request we have heard from Old Forester lovers is a plea for us to provide a barrel proof product. Well, they are right, we are ready and soon folks will be able to purchase either a 100 proof single barrel or a barrel strength version. Jackie Zykan, our Master Taster will continue to oversee the program and she’s probably more excited about this than anyone I’ve met or spoken with to date.”

Thanks to the relatively new facilities on Whiskey Row, folks will be able to select their special cask of Old Forester at the state-of-the-art distillery.

“Customers will still be able to visit Old Forester Distilling Co. in person and select their own barrel from the warehouse, which we’ll then bottle and mark with their name,” Brown said. “Likewise, customers who choose not to visit the distillery will be able to choose from a hand-selected suite of barrels via a tasting in their home market.”

It’s worth noting that many barrel selection processes don’t give patrons the freedom to choose anything but a standard bottling proof, but this one offers a standard plus a variable cask strength bottling proof option.

“Selecting a personal barrel of bourbon is often a once-in-a-lifetime experience,” Brown continued. “It needs to be enjoyed, we want people to learn from their selection journey, understand the nuance of how proof and wood and so many other factors can influence flavor and taste. The more involved consumers can get in this type of process, the deeper the bond they have with the brand and our story. I think it is one of the most special experiences someone who loves bourbon can have. I typically select my own barrel with a group of work colleagues every other year and it’s a blast for all of us. A great experience every time and a wonderful memory we share.”

Old Forester will continue to offer its shelf standards as well as the highly coveted Birthday Bourbon, which celebrates the birthday of Founder George Garvin Brown on September 2nd each year. These new offerings will give Old Forester fans the opportunity to experience something new.

“This year we will be celebrating Old Forester’s 150th Anniversary,” Brown said. “This is just one of a few fun programs we will be sharing with our Old Forester friends and customers. To be able to continue to surprise and delight Old Forester drinkers 150 years later is pretty remarkable and we are so grateful that this interest continues and grows. I hope people enjoy celebrating this milestone with us. Cheers!!”