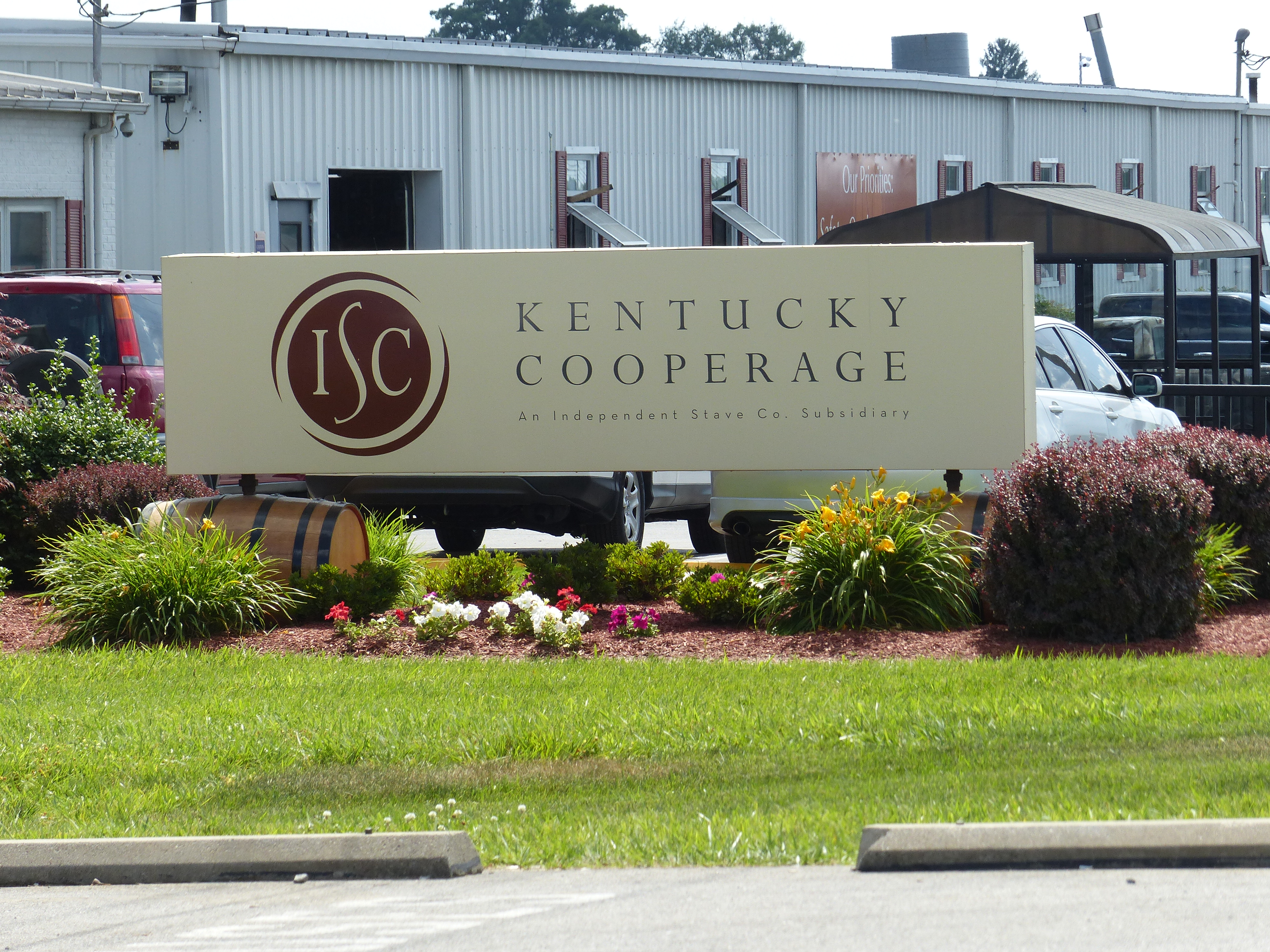 In a world of industry giants, Hans explores one of the largest independent cask manufacturers located in Kentucky

In 1912 Mr. Boswell founded a company and proudly named it after himself: T.W. Boswell Stave Company. He concentrated on making staves for other cooperages. After eight years, when Prohibition came into effect, he changed his course and started to make barrels for the fruit and salted meat industry. It didn’t take long before he had a controlling share in over 35 saw mills in the Midwest and southern states of the US.

When Prohibition was repealed in 1933, Boswell commenced delivering barrels to the revived whiskey industry. Now the 2nd generation, J.E. Boswell joined the company after having completed studies as a civil engineer at Georgia State of Technology. In 1936 he decided to change the name to Independent Staves Company (ISC), to emphasize the fact that T.W. Boswell and Son was totally free to deliver to anyone in the industry and had no ties to a specific distillery. In the 1950s he opened the family’s first cooperage facility in Lebanon, Missouri. Next, the 3rd generation John Boswell took over. He became responsible for international expansion and the founding of a Research & Development Division. John is known as a real innovator and engineer with a sound business instinct. In 1983 the Lebanon, Kentucky facility was opened, which is where we recently found ourselves.

ISC could reckon almost all big Bourbon distilleries as its customers and began to look for expansion elsewhere. At the end of the 1980s, John developed the Premium Wine Barrel Division. As a consequence, to strengthen its position in that branch, ISC opened a stave mill in the Vosges, France. In the meantime, the sales team conquered solid positions in the market in South America, Australia and the Bordeaux region of France.

But first it is time to trim the top and bottom of the assembled staves and a middle ring is added for extra stability. Rolling presses even out the staves, after which the barrel roses, four at a time, will enter the gas-heated oven. Huge industrial dryers blow the flames into the barrels and draw them out on the other side.

The temporary hoops are now replaced by permanent ones, then the head and end are put in place. Another quality check takes place. When the barrel has passed inspection, the bung hole is drilled in the middle of the appropriate stave. Our guide explains that some clients, like Crown Royal, prefer a bung hole in the barrel head.

To check unexpected leakages, water is pumped into the barrel and tested with air pressure. If a small leak shows it is immediately fixed with little cedar wood chips and the barrel is tested again. When it passes that test it is transported to the end of the line, the shipping department. If it cannot be repaired, the barrel will be discarded and used as fuel to heat-up the fire box.

At least five quality checks are done during the entire process of manufacturing a barrel. The joiners get paid on the basis of the quality of their work, scored by using a scale from 12 to 24 points. They only receive a payment for barrels that are approved.

QCD keeps all data collected for at least four years in its computer systems. On
the one hand for historical reasons, on the other hand to accurately help customers
in case of a complaint. The software allows the engineers to check the entire production history of a single barrel and look for what may have gone wrong or was overlooked.

The belt that supports the work done by the joiners is a very smart one. Used temporary hoops automatically return to the joiner station via a high hanging reel and then can be taken down for reuse. We are amazed at the efficiency – this seems like perpetual motion.

It is regrettable that photography is allowed in only a few sections as it is an awe-inspiring process. We’ve seen many cooperages over the years and never encountered this limitation. Of course, we abide by ISC’s corporate policy, which our guide then explains is the reason for the restriction in place.

ISC manufactures products for many customers, standard barrels as well as custom-made ones. It is not at liberty to mention all their customers, but in the entrance hall one can find a beautiful plaque with names that read like a Bourbon Hall of Fame: Barton, Buffalo Trace, Crown Royal, Four Roses, George Dickel, Heaven Hill, Jim Beam, Kentucky Bourbon Distillers, Maker’s Mark, MGP and Wild Turkey. It shows the independence of this family-owned company once more.

When we part after a long and very interesting visit, we are both given an insulated travel mug with ISC’s logo. It turns out as good as the barrels made here. I still use one during long car journeys – the mug keeps the coffee warm for hours. Not as long as Bourbon matures in an ISC barrel, but nevertheless astonishing!

0 comments on “An independent cooperage”