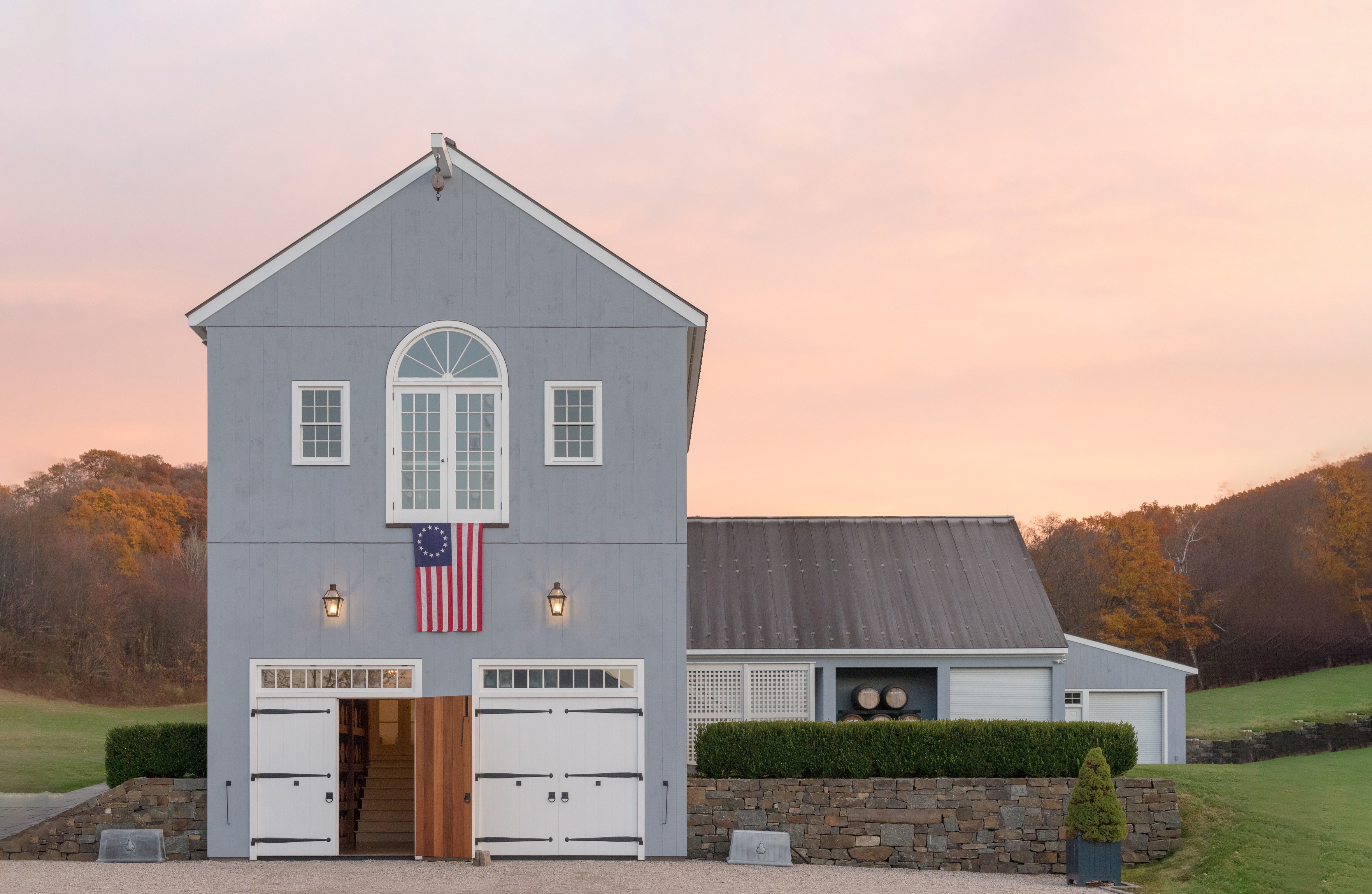 Embracing whiskey in New York State, from field to glass

A native New Yorker, Baker grew up working on farms as a kid and in 1986 took his turn in agriculture, first jumping into the dairy business before moving on to beef. Nearly 30 years later, Baker, along with wife Cathy Franklin, found a renewed passion in farming and distil one of the cleanest, field-to-glass expressions of New York State whiskey at Hillrock Estate Distillery.

Moment to moment, Baker is like a walking encyclopedia of American distilling, quipping about a time when there were 1,000 farm distilleries flourishing in the region. In the 19th century, New York State was the top producer of barley before it all moved
out west. For many years, there were no aged spirits in New York State post-Prohibition. He moves on to the history of the Hillrock house, which dates back to 1806, and was later moved to the property, which the couple originally purchased in 1999.

The historic Georgian home, once owned by a Revolutionary War captain and grain merchant, previously rested 100 miles north near Lake George, NY. Then it was moved to the estate, and even boasts some late 1700s design quirks (a working oven adjacent to the fireplace) still left behind.

Overlooking the nearby Berkshire Mountains, the estate is nestled in the town of Ancram, NY, just two hours north of New York City. Within its 100 acres, Hillrock’s terroir is everywhere, from the grains grown on the premises to the smoking, aging,
hand bottling and labelling. All the pieces contribute to distinct character in every square bottle, a design credited to Franklin who wanted it to fit comfortably in a woman’s hands and designed it after a Chanel No. 5 perfume bottle.

All malting is even done on the premises. Built in 2012, Baker and Franklin claim Hillrock has the only on-site malt house at a US distillery since Prohibition. There, the malt is carefully tended for about three days once it goes on the floor. Raking every six to 10 hours helps to aerate the sprouting barley, keeping the grain bed at a uniform temperature and the rootlets from tangling.

Truly field-to-glass, corn and heirloom varieties of barley and rye are grown right on the estate. The land is farmed using sustainable natural farming techniques without the use of chemicals, herbicides and crop rotation to improve soil conditions and 50 control weeds and pests. In total, Hillrock utilizes approximately 850 acres through collaboration with surrounding farms in the region, specifically for corn, while peat is shipped in from Speyside, Scotland.

“Hillrock is committed to making world class field-to-glass whiskeys that reflect the local terroir of the Hudson Valley and our farm,” says Baker. “The local water, soils, weather and traditions all influence our whiskeys and distillation only amplifies these unique characteristics.”

On board since 2010 was Hillrock’s master distiller, the late Dave Pickerell of Maker’s Mark and a consultant for other small batch distilleries. Along with Baker and Franklin, Pickerell, who passed away in November of 2018, helped lay the groundwork for Hillrock and was the perfect partner since he also envisioned a whiskey that captured the true Hudson Valley terroir, surrounding Hillrock. By 2012, Hillrock was ready and launched its Single Malt Whiskey.

Dave was part of their family for nearly a decade and had immense pride in Hillrock. “His approach with Hillrock from day one was to embrace the local terroir in all our whiskeys,” says Baker. “We will never forget the day we distilled our first batch of Single Malt. Dave called everyone, including contractors completing construction, to come to the still and sample the new make spirit and express what they tasted.” Universally, Baker says that everyone identified notes of cinnamon and clove, which Dave proudly said was the proof of the unique local terroir of Hillrock’s fields. “From that day, Hillrock has embraced that terroir in every whiskey we have made,” says Baker. “That basic principle and all of Dave’s recipes and procedures and training will live on at Hillrock in perpetuity.”

Hillrock distillers Tim Welly, a former cellar master at Millbrook Winery who has been at Hillrock the past eight years and Dylan Strang, who joined five years ago, both worked under Pickerell and are continuing to honor his craft of distilling.

Additionally, Hillrock will be releasing whiskeys made by Pickerell that have been aging in their barrel houses for another eight or more years.

Also unique to Hillrock is its Solera Aged collection of whiskeys and Bourbons. Spanish for ‘on the ground’ the solera technique is typically used in cognac, ports and sherries, which involves filling a series of casks at different intervals over a long period of time. As the whiskey from the oldest cast is bottled, the cask is re-filled with the equivalent amount from the next oldest cask. This is repeated until the youngest cask is filled
with new whiskey. No cask is ever emptied, and the youngest whiskey ages and cascades through the solera while it continues to age and grow in complexity in time.

Typically, each Hillrock Solera is finished for four to 14 weeks depending on the specific barrels. Solera Bourbons go through a shorter finish, spending no longer than 27 days in port, sherry, cognac, or wine casks to retain their character, while the Port Finished Rye tends to be more temperamental and gets a longer treatment with a 60-day finish. “Dave believed in minimal time for finishing,” says Franklin. “We use sherry to enhance the whiskey not overtake its flavor.”

Franklin is also most proud of Hillrock’s Double Cask Rye, which she believes is one of the most approachable. “Malted rye can be as sophisticated as a single malt. When the malt tames, it becomes an ethereal whiskey, not as edgy as traditional rye.”

In 2018, they purchased a copper Vendome still, which was originally customized
with the help of Pickerell to fit the estate’s specifications and has already quadrupled its production, according to Baker. Moving ahead, the estate will release some whiskeys made from single fields on the Hillrock Estate, which will be released over the next few years, in addition to some barrels that have been aging for nearly a decade.

It’s no surprise things keep moving at Hillrock. Out of its fields and into bottle, there are countless more expressions to discover. After all, Franklin says, it’s in their blood, “We eat, sleep, and breathe whiskey.”

0 comments on “Tapping into Terroir”