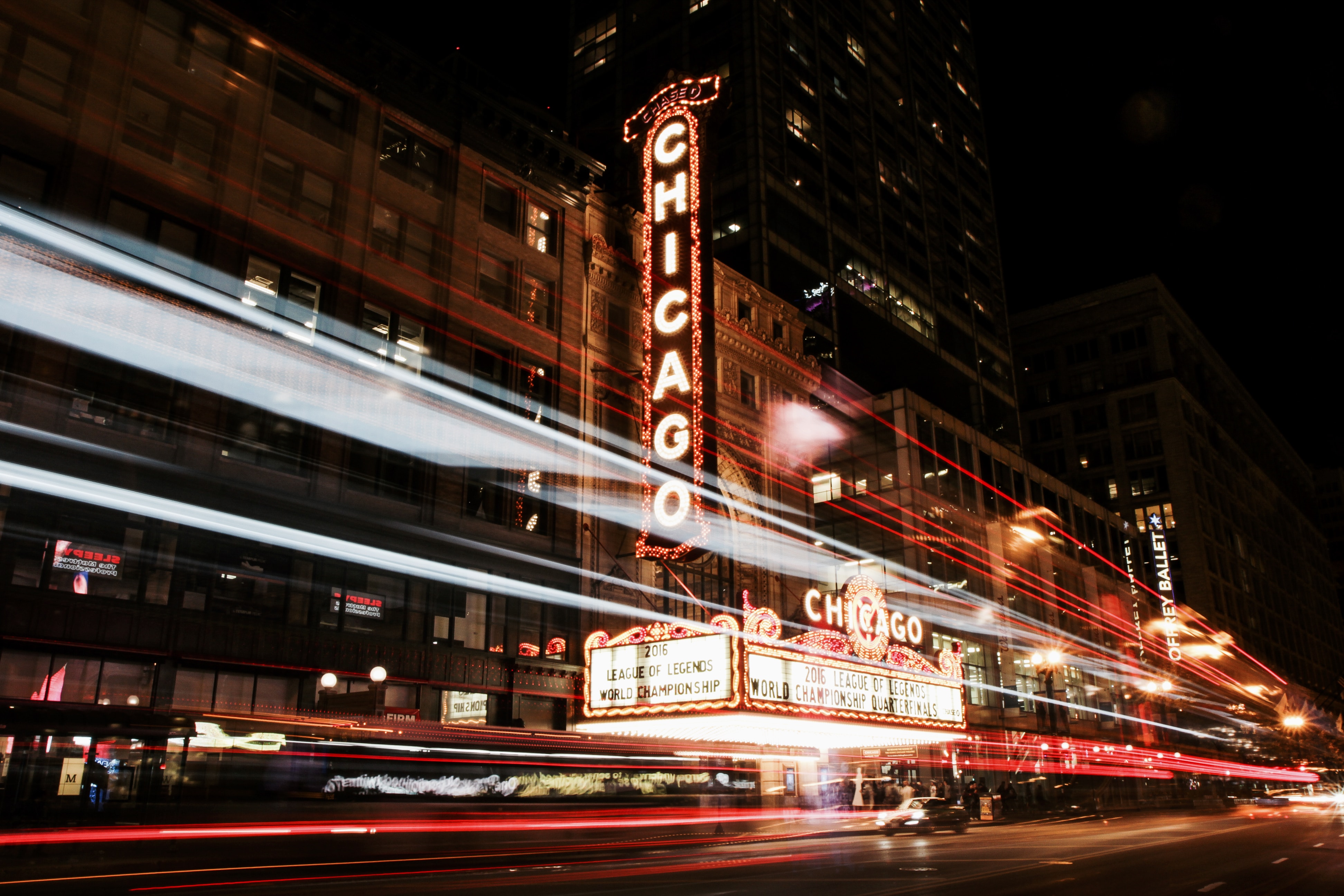 Up Down Cigar was started by a woman in 1962. Manager Phil Ledbetter says: “It was given its name because it was across three different floors. It was a hodge-podge art gallery on one floor, a bunch of hippie stuff from the 60s including paper dresses on one floor, then in the basement was a lot of roll-your-own tobacco, cigarette papers, pipe tobacco and pipes. She really got into the tobacco side of things and wanted to learn more.

“Her name was Diana Silvius. She was really a pioneer in her retail method and was one of the first retailers to ask to go to the cigar factories in the Dominican [Republic] and see them. No one could question her knowledge and ability in what she was doing. She really carved out what is now considered an institution in Chicago for cigar stores.”

In 1976 a new store was purpose-built down the street from Up Down Cigar featuring 1,000 sq ft of retail space and an equal-sized heated patio. A few things have changed along the way. The taxes may have driven up the cost of the cigars at 28 per cent plus $0.30 per cigar, but the smoking ban actually drove people into the store.

“The Illinois smoking ban changed the dynamic overnight,” Ledbetter says. “Before 2006 people barely ever smoked cigars in the store. Chicago had a very open cigar culture… we had humidors that we’d placed in restaurants and at one time there were 30 of them. Even after the cigar boom there were still about a dozen of them. That went away as soon as the Illinois smoking ban happened. Now we’re a destination for people to come, hang out and enjoy a cigar.”

At a state level the law prohibits tobacco stores from holding food or liquor licences, but Chicago itself has an extremely lax BYOB [bring your own bottle] law.

“Bourbon is definitely one of the hottest things,” reports Ledbetter. “You’ll see wine and you’ll see beer, but it’s going to be whiskey most of the time. As a store we specialize in boutique brands and on the whiskey side of things we’re seeing our customers bringing in the small-batch stuff.

“People do come to Chicago and they’ve heard of the store and they make a point to come see us. Then we have a ton of regulars who live all over the city who will be in once a week or even once a day. One of the things we have really enjoyed is that the camaraderie you feel in our store is unique compared to any other place in Chicago. Everyone’s just hanging out and having a good time.”

The Surrogates line is part of the Tatuaje family by way of L’Atelier brands, which merged with Tatuaje in 2018. This is a Nicaraguan cigar made at the My Father factory with Nicaraguan binder and filler tobaccos and a Connecticut Broadleaf wrapper. It’s a box-pressed toro gordo at 5¾ x 56. The predominant flavor notes are milk chocolate and cedar. When it is paired with the Koval Four Grain Whiskey, the whiskey encourages clove, cranberry and heightened cedar notes in the smoke, reminiscent of all things winter, as well as bringing out earthiness in the smoke. There’s a creaminess in the smoke throughout that softens the whiskey and makes the flavors in both more accessible. This is most definitely a great pairing choice for an evening spent sitting by the fire.

AJ Fernandez was born and raised in Cuba, getting his start in the Cuban tobacco business at age 13 at a tobacco farm after school. He moved to Nicaragua and began his tobacco business there in 2003. This 5 x 54 robusto has a Habano oscuro wrapper and binder and filler tobaccos from Nicaragua. It is made by Fernandez in the Tabacalera AJ Fernandez Cigars de Nicaragua SA factory. The smoke is creamy with notes of coffee, toffee and chocolate. When this is paired together with the Sonoma Distilling Company Cherrywood Smoked Rye, there are luscious notes of leather and stone fruit and a buttery mouthfeel in the whiskey. The whiskey perfectly manages to highlight the chocolate notes and brings out a hint of cedar that you weren’t expecting.

In 1996 the last cigar boom was in full swing and that’s when Alan Rubin founded Alec Bradley Cigars, named for his sons. In 1998 Rubin partnered with Ralph Montero and the pair navigated the ups and downs of the industry, creating several exceptionally rated cigars along the way. Project 40 has a Nicaraguan wrapper, Brazilian binder and Nicaraguan filler and is 6 x 52. There’s a creamy texture and flavors range from sweet alfalfa hay to leather. It’s a versatile cigar that seems to go with a wide range of whiskeys, but with the Angel’s Envy Cask Strength it brings out bold stonefruit and dials up the ordinarily faint baking spice. The whiskey manages to highlight the creaminess and versatility of this cigar, making it a truly wonderful thing to experience and enjoy at your leisure.

In 1995, Jonathan Drew had a cigar kiosk in New York’s World Trade Center. A year later he partnered with his former fraternity brother to start Drew Estate Cigars in Nicaragua, taking what little money he had and sleeping on the factory floor in the beginning. Today Drew Estate is a powerhouse in the cigar world. This 4⅛ x 60 figurado features a Mexican San Andres wrapper, a Connecticut Broadleaf binder and Nicaraguan and Brazilian fillers capped with a pigtail. It’s made at the Drew Estate factory in Esteli, Nicaragua. There’s a lot of complexity in this cigar including spices, chocolate and cedar. Together with the Heaven Hill Bottled-in-Bond it brings out sugared pie crust, fresh pie apples and baking spices. The Bourbon brings out sweet chocolate notes and caramel in the smoke.

Once part of an eclectic shop started in the 1960s that included an art gallery and sold paper dresses, Up Down Cigar has become a destination for cigar lovers visiting Chicago as well as a welcoming place for regulars.
Offerings include the usual suspects, such as Monte Cristo and Romeo Y Julieta, but there are also several boutique and lesser-known brands and partnerships with companies like La Aurora and Hamlet. Tatuaje supplies the store with store-only exclusives as well as partnering yearly to throw a huge Fat Tuesday party complete with a party exclusive cigar. The company also partners with Goose Island to do Bourbon County Stout barrel-aged cigars. While a smoking ban diminished its business outside the shop, it led to a boom inside as it’s one of the few places to enjoy a cigar indoors in the city of Chicago. There’s a large patio space with heaters for the cooler months, which number many in the Windy City.

While the lion’s share of this space is technically a members-only cigar club, visitors to Chicago can purchase a non-member day pass for $85 if they want to enjoy the private lounges. The retail portion of the 15,000 sq ft operation is open to the general public and features cigars for every taste and price point as well as public smoking areas, both indoors and out. For those seeking something special, there’s a vintage room featuring rare and vintage cigars from Davidoff to Arturo Fuente, store specials and more. There are more than 300 private humidors for members, which entitle the holders to use the top two floors of the club. In warmer weather, the patio out front is open to the general public. Jerry Seinfeld and Steve Harvey stopped by to tape an episode of Comedians In Cars Getting Coffee, and Harvey proclaimed it the greatest spot in Chicago while smoking exclusive Daniel Marshall cigars. This is a place to see and to be seen in the Windy City.

0 comments on “From Paper Dresses to Cigars”