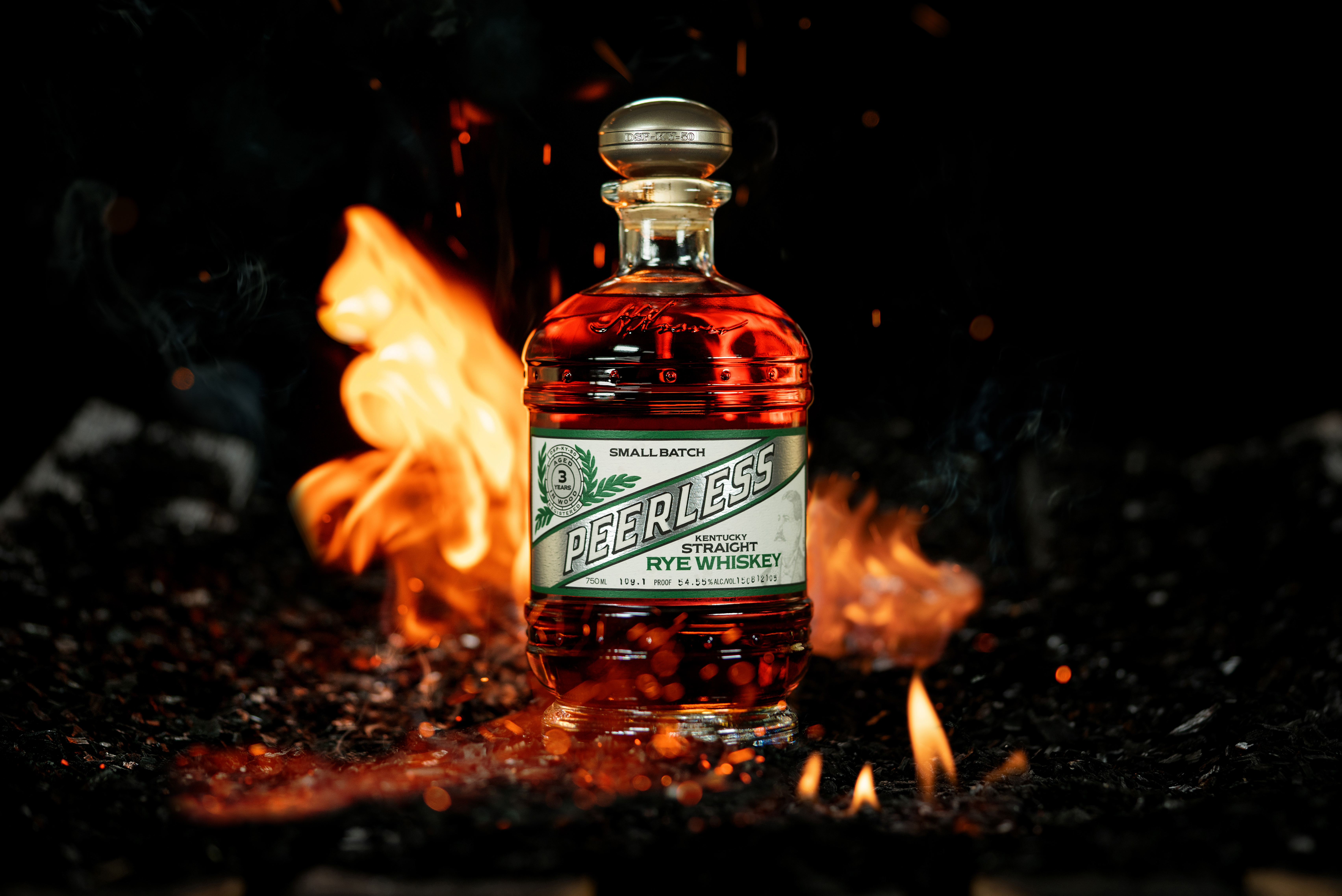 Welcome to the distillery…

Located in the heart of Louisville, the Kentucky Peerless distillery and the father and son team (Corky and Carson Taylor) behind it have a long history that is embedded into the world of American whiskey. The story goes all the way back to Henderson, KY in the early 1880s, where Peerless originally operated as the Worsham Distilling Company, under the leadership of ancestor Henry Kraver.

Shortly before Prohibition hit, in order to aid the conservation of corn for the war effort, Henry ceased production and for the first time since 1881 the whiskey was no longer in production.

Now in the present day, five generations of the family have been connected in some way to Peerless after the legacy was revived in 2014 with the original Kentucky Distilled Spirits Plant Number from the original Henderson distillery: DSP-KY-50.

Kentucky Peerless as we know it today opened its doors on June 3, 2015.

Fun Fact: Kentucky Peerless use a sweet mash to create their whiskeys, meaning the mash begins its fermentation process purely as the yeast reacting with the fresh batch of beer.

It’s time to see what our Editor thought about this Kentucky Peerless rye in her tasting note below.

Nose: Warming oak, like walking into a sawmill on a hot summer’s day. Buttery fudge appears with notes of vanilla and some light spice giving that hint of a punch you’d expect of a rye.

Palate: Zesty orange rind hitting right from the off, exploding with some real heat around the edges. That heat has emerged initially as cracked black pepper spice, but quickly moves to more of a warm and lingering chilli heat. The vanilla fudge is still there, giving it a great coating and buttery quality.

Due to current global circumstances, Kentucky Peerless is putting the health and safety of patrons first. In agreement with recommendations from public health authorities, the distillery has suspended tours and tasting experiences until further notice.

Situated in the heart of Louisville, the distillery is open for tours six days of the week. Opening hours on Monday to Wednesday and Saturday are from 10am to 5pm, with tours and tasting experiences available from 10:30am to 3:30pm. Tours are also available on Thursday and Friday, with extended hours between 10:30am and 5:30pm.