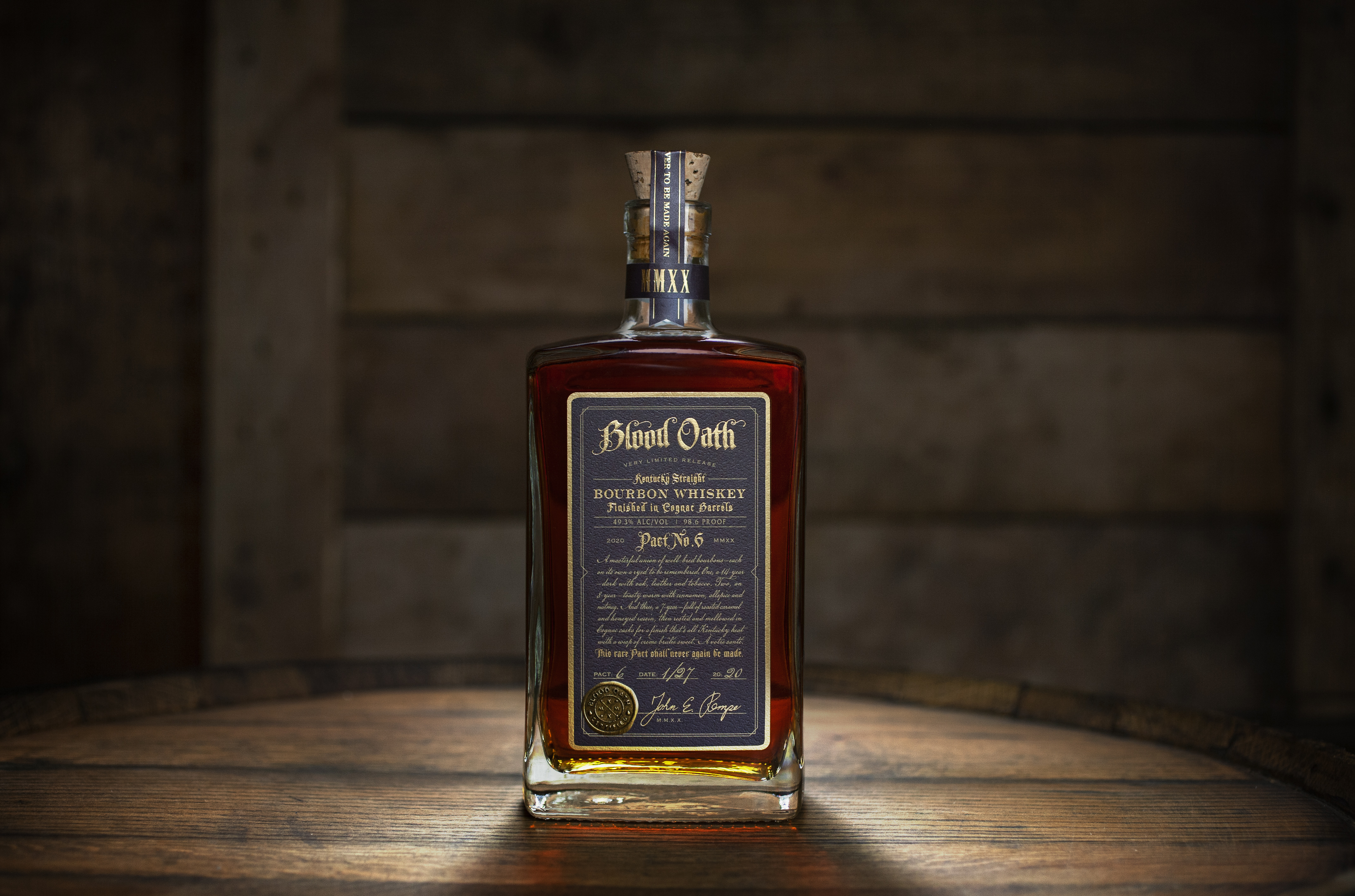 While entering its sixth year in more turbulent global seas than expected, the Lux Row Distillers’ Blood Oath Bourbon series is set to release yet another unique expression this spring.

The Blood Oath Pact No.6, finished in Cognac barrels has been created by the brand’s head distiller and master blender, John Rempe and combines three Bourbons.

The Bourbons selected for Pact No. 6 include a 14-year-old high-rye Bourbon, 8-year-old Bourbon and a 7-year-old bourbon which was rested in Cognac casks.

“This particular pact is special in that the cognac barrels added some sweetness and a slight fruity, brandy flavor to the Bourbon, creating an amazing taste profile,” said John. “When selecting these Bourbons, I wanted to see how these flavors meshed together and I have to say the result was spectacular.”

Created in the same manner as the to the previous five expressions, Pact No. 6 is a limited-edition bottling, with only 17,000 cases produced at 98.6 proof.

“The Blood Oath series launched in 2015 and it’s hard to believe we have already created more than half a decade of Pacts,” added John. “I’m honored to see consumers searching for the new release every year and get as excited as I am when a new Pact hits the shelves.”

Bottles of Blood Oath Pact No. 6 will be available at a suggested retail price of $99.99.

0 comments on “Blood Oath Pact No. 6 to launch this spring”