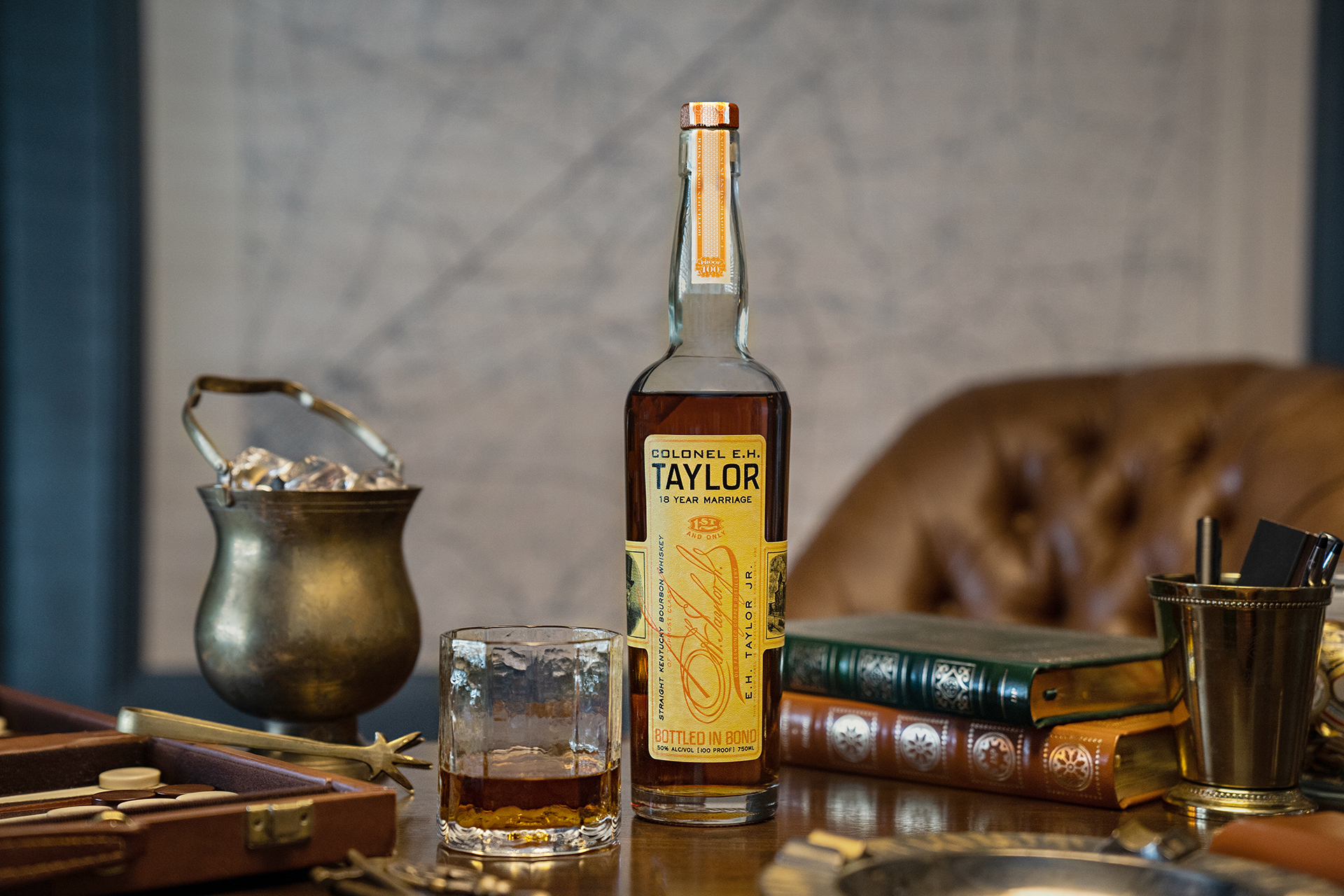 Colonel Edmund Haynes Taylor, Jr.  is widely considered one of the founding fathers of the bourbon industry, he fought for the Bottled-in-Bond Act of 1897, nearly three decades after he purchased the distillery that is known today as the Buffalo Trace Distillery.

This new expression is strictly limited, like previous releases in the collection, and is a one-time-only bottling. The packaging is also consistent with previous releases and strikes a vintage tone with its label and distinct canister; it is designed to be reminiscent of Taylor’s whiskey package from over one hundred years ago.