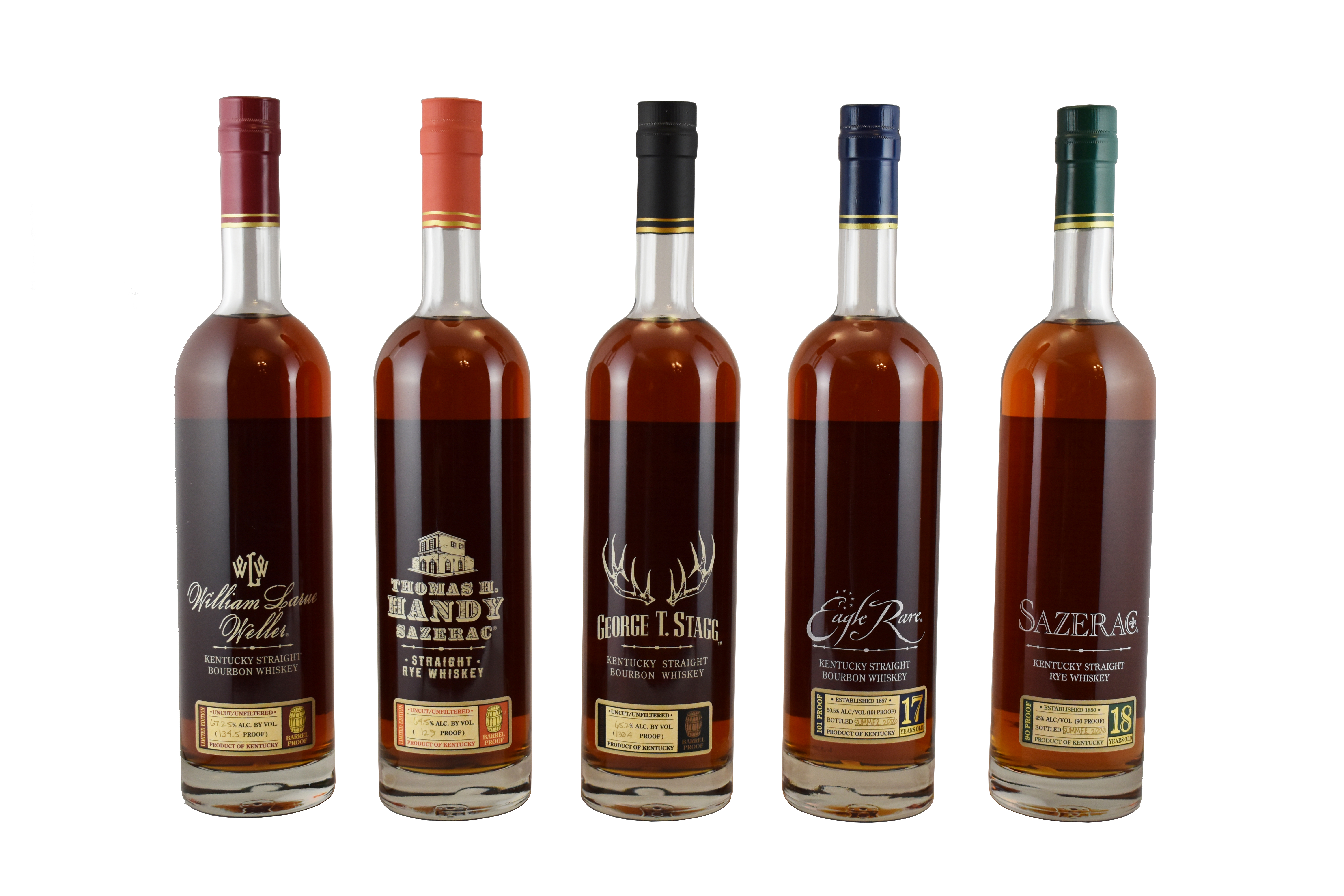 Fall is upon us and that mean’s one thing: the release of Buffalo Trace Distillery’s 2020 Antique Collection of whiskeys, featuring five limited-release whiskeys. The collection was introduced two decades ago and has become a cult favorite among whiskey connoisseurs.

Take a look at what you can expect from this unexpected year’s releases:

Known as the powerhouse of the Antique Collection, this year’s George T. Stagg has been bottled at 130.4 proof and with a recognisable profile of cinnamon, caramel and cherries.

This year’s expression contains Bourbon from barrels filled in the spring of 2005, with an overall angel’s share for the batch of 59 per cent, a little higher than the past few year’s releases.

This wheated-recipe Bourbon has won many accolades in previous years, including being named the second finest whiskey in the world in Jim Murray’s Whiskey Bible.

The 2020 release was distilled in the winter of 2008 and aged in warehouses I and C, and brings forth flavors of soft caramel, spearmint and cinnamon.

Thomas H. Handy is the Antique Collection’s straight rye whiskey, an expression that has also been named in the Jim Murray’s Whiskey Bible, reaching third place.

The whiskey was distilled in the spring of 2014, and was aged in warehouses K, M and N, playing on that signature cinnamon, as well as anise and honey notes.

This year’s whiskey weighs in at 101 proof and was distilled back in 2002, spending its time ageing on the first floor of Warehouse P at the distillery.

This Bourbon has a nose of ripe cherries, vanilla cream and oak, followed by a taste of caramel and coffee and a long finish of oak, pepper and fresh herbs.

In 2019, the Sazerac Rye 18 Years Old was named Best Rye Whiskey Aged 11 Years and Over by Jim Murray’s Whisky Bible.

This year’s edition has prominent flavors of oak, caramel and dark chocolate, with a hint of coffee, with the lowest proof of the collection, sitting at 90.  The barrels for this whiskey were filled in the spring of 2002 and it rested on the third floor of Warehouse K.

The 2020 Buffalo Trace Antique Collection whiskeys will be available in limited quantities starting in late September/early October at a suggested retail price of $99 each.