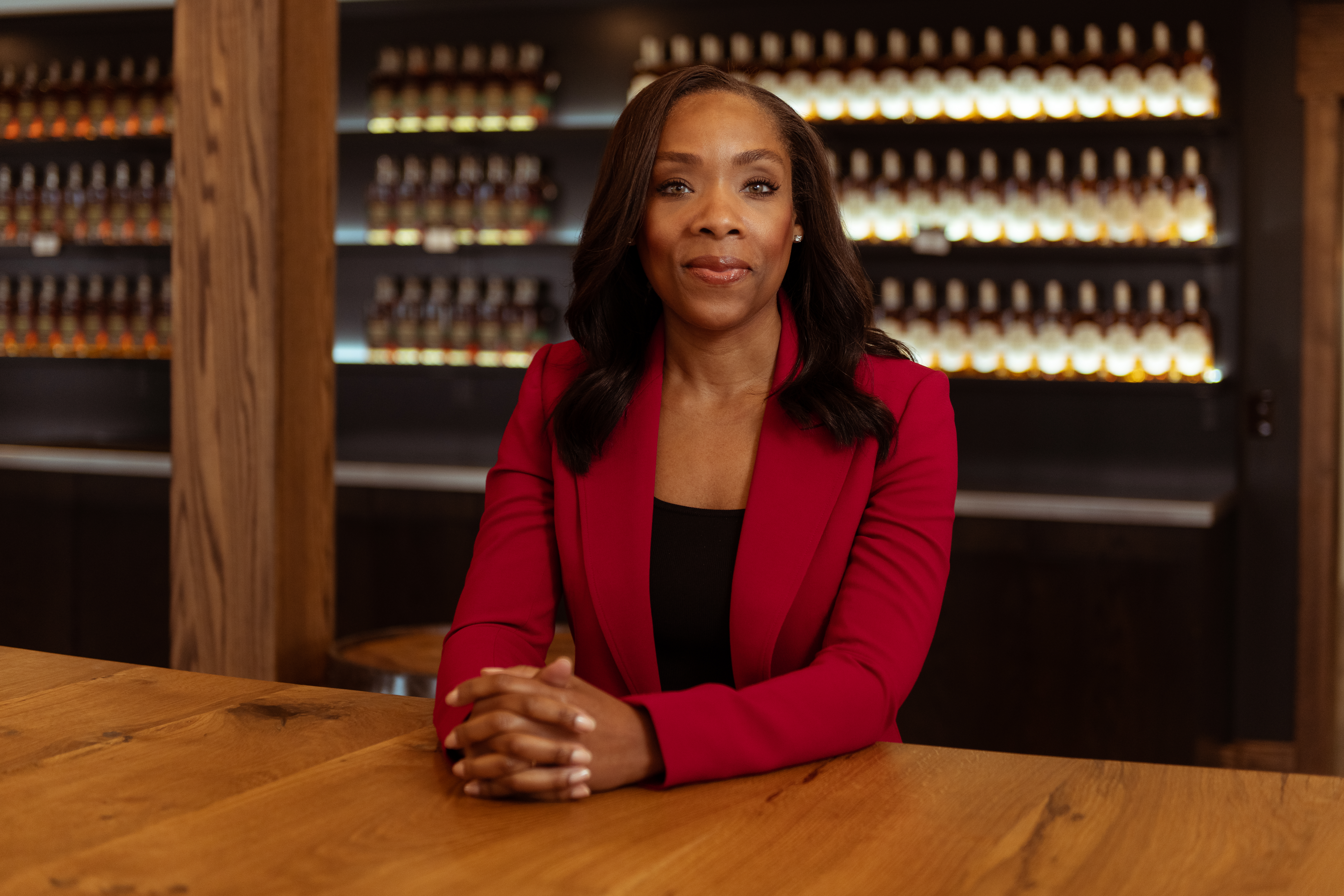 It’s time to make a change

As the months fly by this year, I have to admit that I’m getting increasingly numbed to, or perhaps by, the goings on in the world. And really, you can’t blame me, it’s a lot. To be pleasantly surprised by something I saw in the headlines was becoming a fond and fleeting memory, like hugs and spontaneity.

Given their record of feats within the industry, it wasn’t a shock to me to see the news of Uncle Nearest and Jack Daniel’s working together to create opportunities for increased diversity within the whiskey industry we know and love.

News of the Nearest & Jack Advancement Initiative was greeted by rapturous applause from the industry, especially during this time of change. As Uncle Nearest’s CEO, Fawn Weaver explains, “We began working on the distilling school almost a year ago, but with the death of Breonna Taylor, George Floyd, and Ahmaud Arbery and the true reckoning around the country, it gave us a chance to come up with ideas that would have been truly unfathomable before.”

Now, with all that has recently happened, it is strange to consider that had the idea of the initiative been mused this time last year, it might not have come to pass, as Fawn tells me, “If you think about it, Brown-Forman is a publicly traded company, so for them to go to their board and shareholders to say, ‘Hey, we have a great idea, we’re going to raise up competitors and we aren’t going to own any piece of them…’ – who would sign off on that? We needed a worldwide reckoning for the folks at the top to sign off and defend this opportunity to their shareholders.”

Uncle Nearest, as a brand-shaped beacon of hope in the industry, has taken the whiskey world by storm by shining a light on the story of the first African American master distiller on record in the US. Through reintroducing the story of Nathan “Nearest” Green, who also happens to be the person who taught a young Jack Daniel how to make Tennessee whiskey, the team have kick-started a change for the better – for both those currently working and those hoping to work in the industry. It is beautiful to see.

The introduction of the Nearest & Jack Advancement Initiative has arrived right on time; we haven’t seen anything like it in the industry before and it has shown that there are things worth uniting over.

Fawn discusses the brand’s alignment with Jack Daniel’s, “Most of the outside world would see us as competitors… we do share a history and one thing about our history is how much Jack, as a human being, involved African Americans in his business.

“To give you an idea, Lynchburg, Tennessee is pretty tiny and at the time he was alive the population was probably around 40 per cent African American. The distillery would have been the best job in the area, and the highest paying, and it was 50 per cent African American workers. Everyone there was paid based on tenure, not color and they were promoted based on their work ethic, so the question has become how do we bring that back now?”

Since the American whiskey industry came to be, the country as a whole has undergone huge changes, however, it would be fair to say that the industry hasn’t changed with it. Fawn sheds some light on this, “Being African American in this business, I see things a little differently to the people on the outside looking in. They look at it and think that the industry has been exclusive and that it has been keeping African Americans out, but now that I’m actually in it I can tell you that I met zero resistance coming in… I was fully embraced and so I needed to figure out what I thought was really going on based on my personal experience. What I quickly realised was the fact that I don’t get resumes from African Americans.

This realisation led to numerous talks with African American leaders within the drinks industry, where Fawn would question the reasoning behind their decision to stay in the background. It was at this point that the issues became clear, as Fawn goes on to explain, “I can only speak for my industry and my country, but my first observation is that African Americans by nature are a religious group of people… Pastors would rail against the alcohol industry and so we as a group wouldn’t see the alcohol industry as a virtuous place to work.”

This point seems particularly poignant when Fawn recounts the story of her mother’s opinion on her latest venture, “When I shared with her what I was doing, her response to me was, ‘Baby I’m really proud of you and what you are doing for that man and his family, but I really wish he made Lemonade.’ As the brand has continued to grow and win numerous accolades, last year she comes back to me and she says, ‘I guess I’m forever going to be known as the whiskey lady’s mom.’ She doesn’t mean it negatively, it just goes against her core belief system.”

This perception of the whiskey industry is one of the aspects that Fawn and her team are working to tackle through the Nearest & Jack Advancement Initiative. Looking at it in more detail, the initiative has been broken down into three separate programs, including the Leadership Acceleration Program (LAP), the Nearest Green School of Distilling, and the Business Incubation Program (BIP).

Beginning with the Leadership Acceleration Program, Fawn discusses the thinking behind its formulation, “We looked at the roles in our industry in which there aren’t any African Americans. Those roles are head of maturation, master distiller or head distiller, distillery plant manager; then, on the distribution side, head of sales and marketing.

“People already in the industry have come up against a ceiling because master distillers don’t ever quit – they die. That’s how the position becomes available and so there is a finite amount of these available… So then it looks like African Americans have been kept out, but I don’t think it was intentional at all, I think it was a unique set of circumstances.

“Besides the circumstances I just shared with you, you also have to remember that American whiskey is built on slavery and so one of the things African Americans are generally not drawn to is things that our ancestors didn’t have a choice in. We have all of these things that we have to overcome and we think this is the answer.”

Through the LAP, the hope is that those positions will begin to be filled by a higher proportion of African Americans who have seized the opportunity to succeed in them. So, now those positions have been theoretically filled, the next question is how do those in college begin to see distilling as a career option for them?

Fawn adds, “If you go into any STEM programs in college right now, none of them are looking at distilling as where they’re going to go; they look at more traditionally honourable industries.”

From this realisation came the Nearest Green School of Distilling, the first accredited degree in distilling in the US: “By doing this, you are going to naturally pull people of colour and women into this from the STEM program because now they can see themselves in it and, once we have that pipeline, then 40 years from now we don’t have this problem.”

That leaves us with the final step in the trio, called the Business Incubation Program. Although the barrier to entry in the spirits industry is seen as low, the journey from entry to success requires travelling across a massive chasm. Fawn continues, “Most people of colour never make it from entry to success, but because my team have done the impossible we have put together some high-level committees to change this. They are at the top of their game to come alongside these African American-owned micro distilleries

and we are literally lending our people to these distilleries in order to help raise them up from entering in and surviving to truly thriving.”

For Uncle Nearest, this has been the next logical step as a brand. It is important to remember that the reawakening of this incredible legacy was not to create whiskey, but instead to bring Nearest Green’s story back to life for every future generation, with love, honor and respect at its core. Fawn adds, “I think the reason we come across so different in the field is that we aren’t in the business to sell whiskey, it’s just a joyful by-product that comes with it.”

As with all brands, time brings change and growth and it is exciting to see how this legacy brand is telling its story now. Fawn wrapped up our chat with a final piece of wisdom: “I think people put too much stock in staying the same, and I don’t. Every 11 months, all of the cells in our body completely renew themselves and so should our mindset. As the industry continues to grow and change, I think someone will look at this article you wrote in 40 years and say, ‘This was a thing?’ ”

Here’s hoping – I’ll raise a glass to that.

0 comments on “A friendship for the ages”