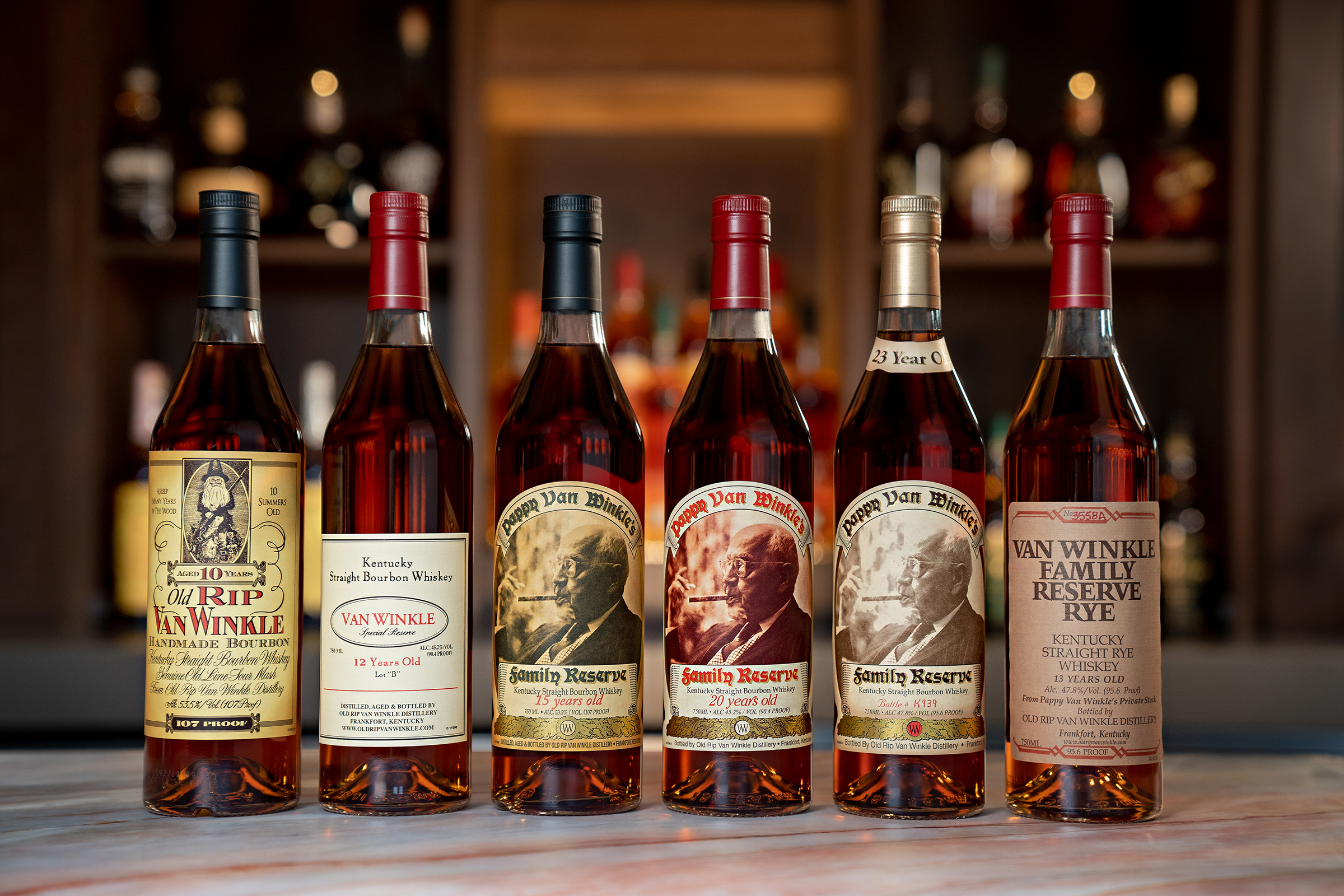 This year’s annual release of Van Winkle’s line of Bourbons is coming soon, the beginning of November to be exact.

Due to the long aging cycle, it will come as no surprise to fans of the collection to know that yields from the barrels are low with the 20 and 23-year-old barrels producing far fewer bottles this fall. However, the amount of 10, 12 and 15-year-old have proved to produce a similar yield to previous years, as well as more 13-year-old rye than previous years.

Known for their smoother and sweeter flavor due to the wheat recipe versus the traditional rye recipe found in most Bourbons, Van Winkle Bourbons are able to be aged longer than most, in some cases two decades or more, resulting in a sweeter and smoother flavor.

Although Bourbon has become increasingly popular worldwide in recent years, very little Van Winkle is sold overseas, so that these coveted bottles are available in the United States.

The Van Winkle collection consists of several whiskeys and the suggested retail prices are as follows:

“Unfortunately, even though we suggest what we believe to be a very low and fair MSRP, we cannot control the price retailers charge, and some retailers mark it up even though we and the distributors that those retailers buy from ask them not to,” said Julian Van Winkle, president, Old Rip Van Winkle Distillery. “We are committed to releasing quality whiskey at a reasonable cost and we hope retailers will honor what we suggest as a fair retail price.”

Kris Comstock, senior marketing director at Buffalo Trace Distillery, added: “Trading and selling Bourbon online is an unlicensed and illegal sale.  If you are not a licensed retailer selling Van Winkle products, we are prepared to take-action to curtail the activity. Additionally, if you are a customer trying to buy a bottle at a licensed retailer who has marked it up above MSRP, we encourage you to file a complaint with the Better Business Bureau or contact your state Attorneys General office.”

The Van Winkle Whiskeys will be available starting in November, with fans advised to be mindful that supply is quite limited and bottles shall be hard to find in stores, bars and restaurants. They will be packed three bottles per case.