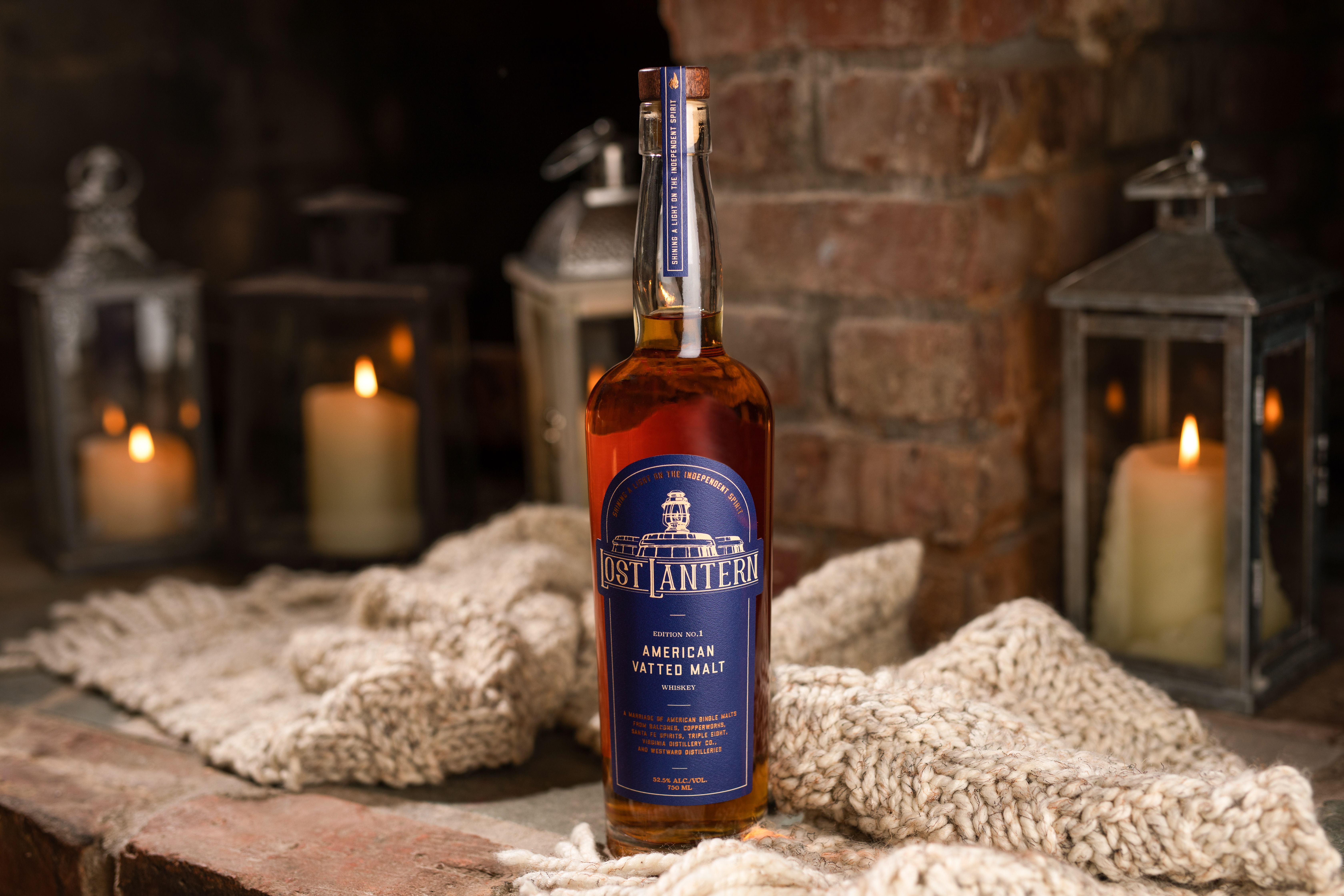 As a new independent bottler of American whiskey, Lost Lantern has taken inspiration from the long-standing traditions of those doing the same in Scotland.

The company is seeking out unique and exciting whiskeys that are being made across the country, then releasing expressions as single casks and blends while maintaining a commitment to transparency.

Alongside launching the brand, Lost Lantern has released its introductory bottling: American Vatted Malt Edition No.1. The expression is a blend of single malts from six American distilleries and will be available to purchase from October 15 at LostLanternWhiskey.com and Seelbachs.com and shortly after, between the two sites, Lost Lantern Whiskey will be available in 40 states.

Later this month, the brand will announce details on its first four limited-edition single cask whiskies, which will also be released this fall.

Lost Lantern was founded in 2018 by Nora Ganley-Roper and Adam Polonski, whiskey lovers who worked on two sides of the industry: Nora as a retail specialist and sales manager at Astor Wine & Spirits; Adam as a Senior Whisky Specialist and editor at Whisky Advocate.

“There are approximately 2,000 distilleries in the United States, yet there’s no easy way for whiskey lovers to discover the best and most exciting ones,” explained Adam. “I kept dwelling on this idea and realized that somebody was going to do this sooner or later. It was clear that, between my experience and contacts and Nora’s palate and background in start-ups and operations, we were the ones who should do it.”

Nora commented: “We’re presenting distilleries to our customers under the Lost Lantern name as exemplars in their field, so we need to understand what they’re doing and why.”

Since deciding to create Lost Lantern, Nora and Adam have visited close to 100 distilleries. Many of these visits were part of their 2018 ‘great whiskey road trip’, which took the duo to 50 distilleries in eight months across dozens of states. Inspired to continue on, they visited another 25 while touring the Midwest in 2019, and that number has only continued to increase.

As Nora explained: “We think of Lost Lantern as shining a light on whiskies that would otherwise be lost. That sometimes means bottling something from a distillery that is not distributed nationally, and which doesn’t get the attention we think they deserve. It can also mean bottling barrels from more well-known distilleries that are not consistent with their core line-up. This may be a finished whiskey, or an experiment that they’re not quite sure how to release. We’re looking for whiskies that we can bottle or blend that will expand the understanding of the landscape of American whiskey by whiskey connoisseurs.”