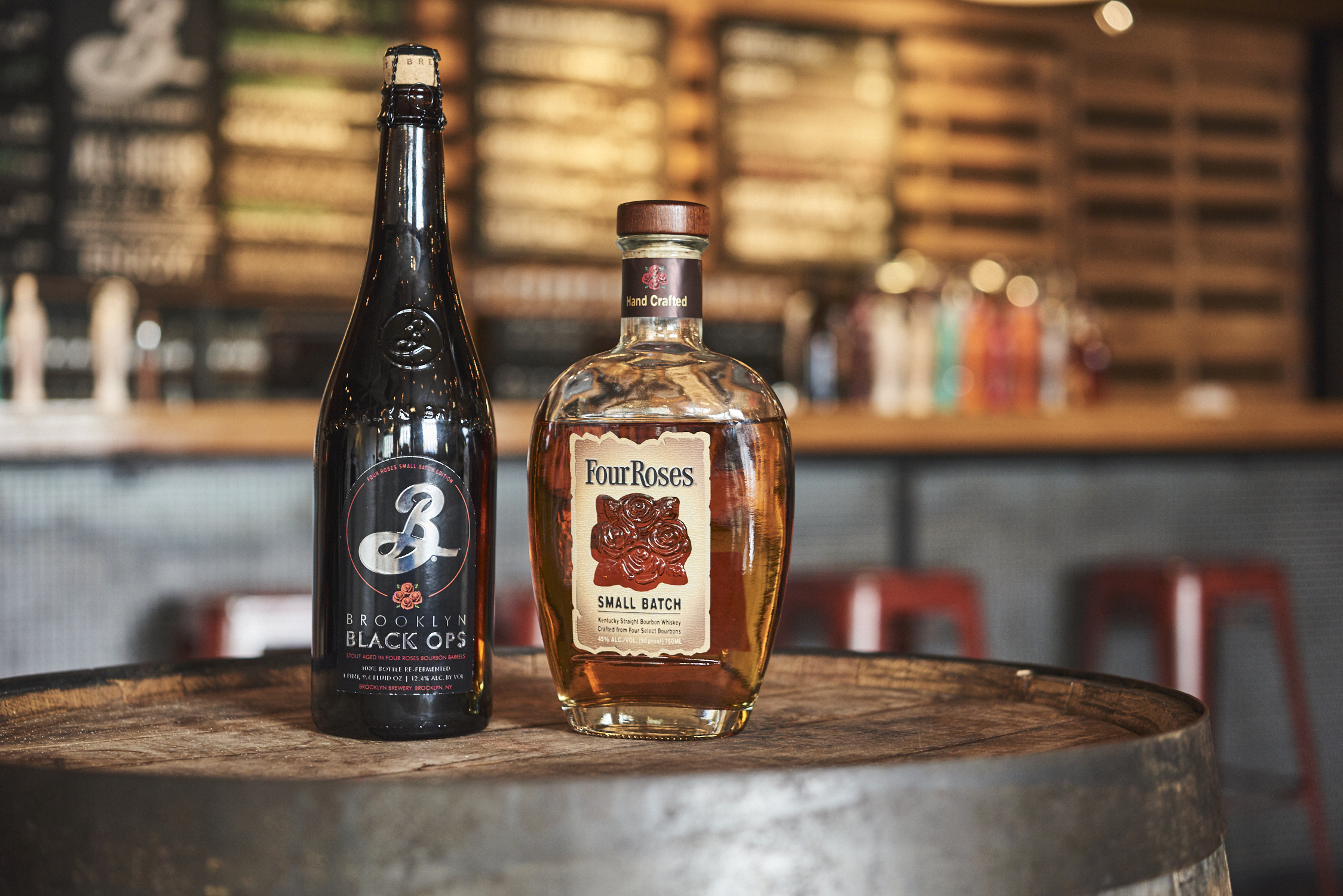 It’s an exciting time for Bourbon lovers and beer fans alike, with the launch of the latest edition of Brooklyn Black Ops; a collaboration between Four Roses Distillery and New York’s Brooklyn Brewery.

The limited-release beer, which will be available later this month, was aged in Four Roses small batch Bourbon barrels that were selected by master distiller Brent Elliott.

Brooklyn Black Ops is a Russian imperial stout of 12.4% ABV, with big chocolate coffee notes and vanilla oakiness. In addition to the barrel-aging, the brew was re-fermented with Champagne yeast.

“The partnership began with a long-time friendship between Brooklyn Brewery brewmaster, Garrett Oliver, and Four Roses COO and director of operations, Ryan Ashley, and the resulting beer is just as rich as the relationship in which it began,” Elliott says. “Four Roses Small Batch provides some very complex flavors and unique characteristics so aging this iteration of Black Ops in the used barrels produced a beer with a hint of mellow Bourbon character and a very smooth finish.

“The combination of the legendary Brooklyn Black Ops and the equally respected Four Roses Small Batch Bourbon is a situation where the drinks are each ennobled by the other. And that’s a perfect partnership,” says Oliver.

The 2020 edition of Brooklyn Black Ops will be available in late November in limited quantities. Approximately 2,000 bottles will be sold in the US at a suggested retail price of $24.99.