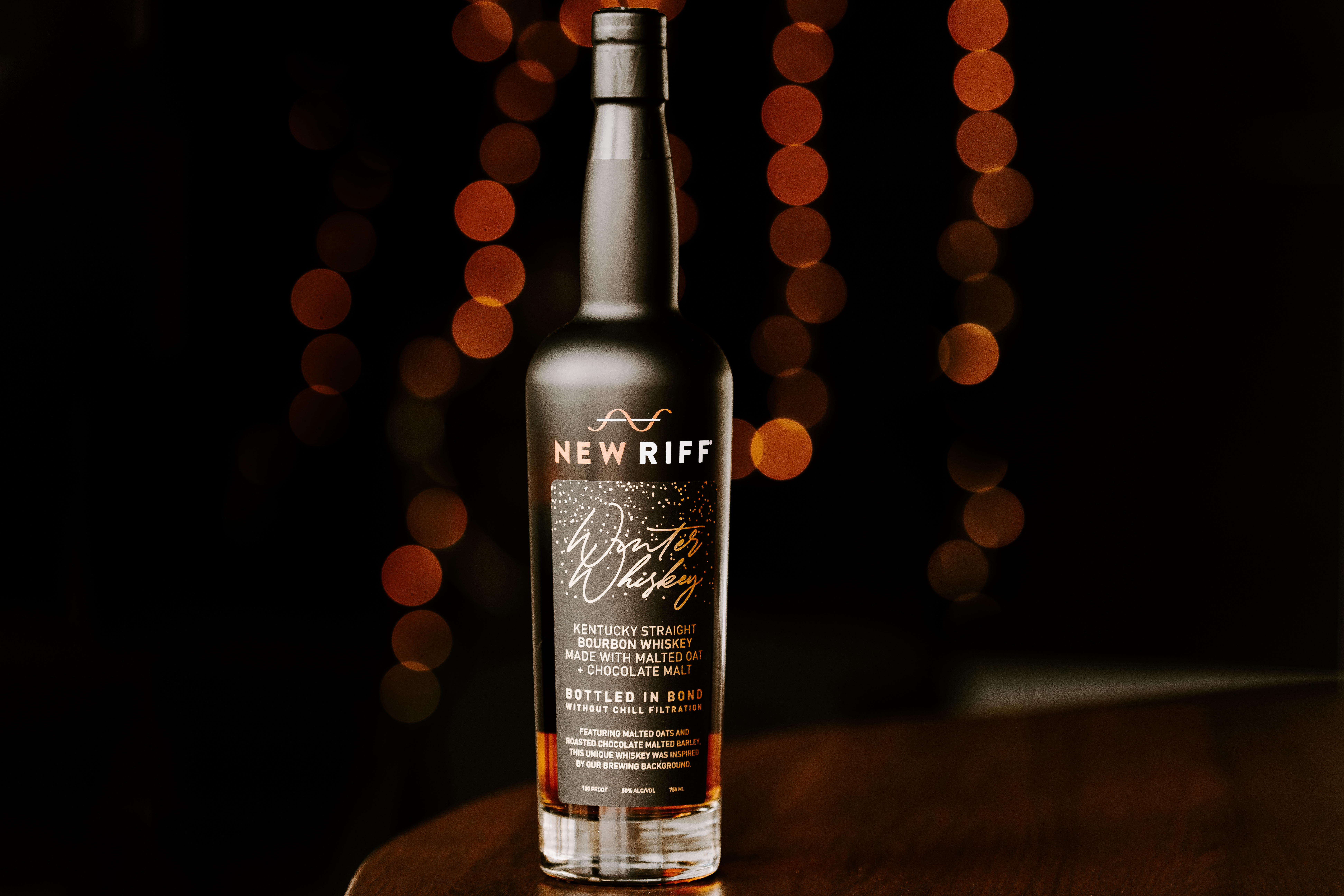 As we enter the festive season, New Riff Distilling is upping the ante when it comes to holiday traditions with the launch of its Winter Whiskey. The Kentucky Straight Bourbon has been made with a combination of malted oat and chocolate malt, giving a nod to chocolate oatmeal stout in its flavor.

“When we considered putting oats in a Bourbon, our minds went to the chocolate oatmeal stouts we enjoyed in our brewing careers,” says head distiller Brian Sprance. “Our Winter Whiskey will warm your palate with the cheer and flavors of the season. It’s unlike anything we’ve ever made or tasted.”

In the years before joining New Riff, Sprance worked for the Boston Brewing Company as a brewer for Sam Adams in Cincinnati. New Riff’s founder, Ken Lewis, took the approach of not hiring a distiller, instead focusing fermentation as the area that the spirit’s flavors are created.

Winter Whisky has an interesting mashbill that is comprised of 65 per cent corn, 20 per cent malted oats, seven per cent pale ale malt, five per cent raw oats, and three per cent chocolate malt. The bottled-in-bond expression is aged at least four years and will be available across New Riff’s distribution, with a suggested retail price of $49.99

0 comments on “New Riff Distilling gets festive with Winter Whiskey”