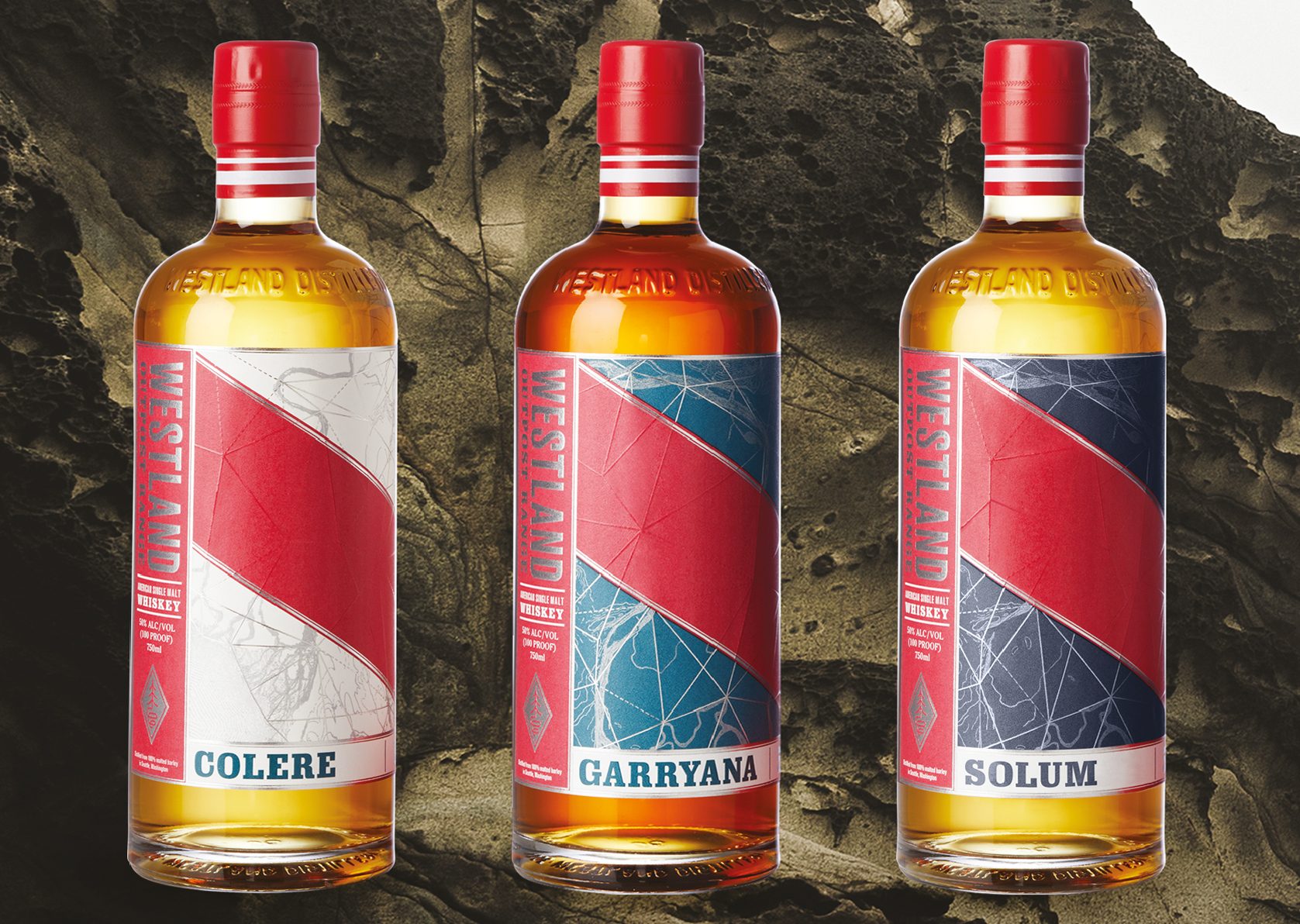 Seattle-based Westland Distillery has made its name by dedicating its portfolio to the creation of American single malts. The new Outpost Range collection with be comprised of three expressions, to be released annually, called Solum, Garryana and Colere.

Supporting its core range, which comprises Westland Peated, Westland American Oak and Westland Sherry Wood, the brand has also previously released an annual limited-edition bottling of Garryana which will now become a part of the new Outpost Range.

Garryana was created with the purpose of showcasing the use of Pacific Northwest oak when ageing whiskey; this links to the deeper exploration of the Outpost Range, which focuses on a central raw ingredient and names inspired by terroir.

The brand comments: “We’re thrilled to be finally introducing the Outpost Range to the world. With all three of these whiskies we step beyond what is known in single malt to pursue new possibilities. What we’re finding is beyond exciting and these whiskies stand as outposts on the edge of the unknown.”

Named after: the Latin verb ‘to cultivate’
Exploration of: barley varietals not commonly used in whiskey making

Named after: Latin for ‘soil’
Exploration of: local peat

The brand has been a lover of peated whiskey since it came to fruition, pursuing the dream of locally grown barley that has been malted with local peat. Due to the fact that the peated malt supply chain did not exist in the country, Westland has built it from the ground up, with this whisky expected for release in 2023.